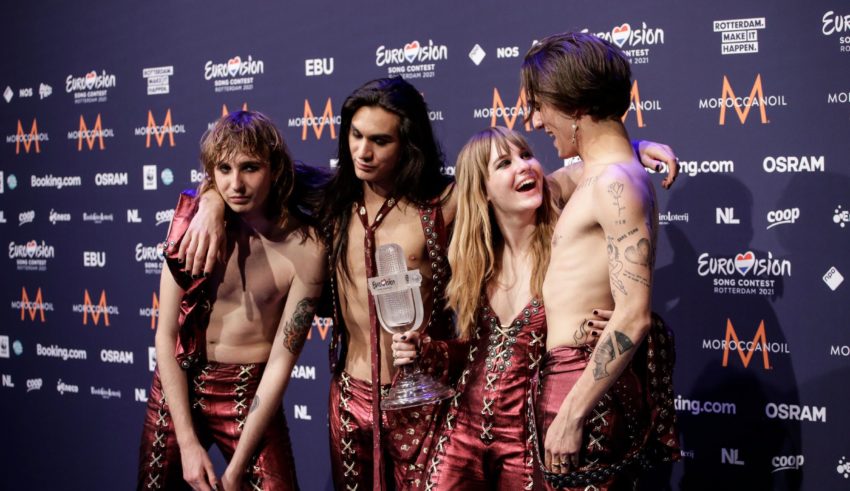 Well, what a whirlwind week it’s been for the Roman rock band!

Måneskin’s landmark Eurovision victory for Italy a week ago today has catapulted the band to recognition across the continent, with the band facilitating interviews with NME, the BBC, Billboard and various other music and media outlets in their time since winning the contest – and it’s fair to say their music has certainly made an impact across Europe in this time too!

Zitti e Buoni is the first song in italian to smash into the official UK chart in the last 30 years, We are #17.
No words can describe how happy and honoured we are.
Our music is spreading through more than 30 charts all over the world and this is literally insane.@BBCR1 pic.twitter.com/zT6x0qrmfS

Måneskin’s winning entry “Zitti e buoni” has predictably made a strong finish in a number of European charts this week, most notably in the United Kingdom and Lithuania. In the former, it was announced yesterday that the single had reached #17 in the Official Charts, becoming the highest-charting Eurovision winner since Måns Zelmerlöw’s “Heroes” in 2015 and simultaneously the first Italian language song to hit the British charts in three decades. The band were also interviewed live on BBC Radio 1 by Scott Mills as he announced their position in the countdown.

Elsewhere, the Italian rock band has found great success in the charts, with a chart double in Lithuania; “Zitti e buoni” at number one and “I Wanna Be Your Slave” at number two. Staggeringly, no less than 21 of the band’s songs have reached this week’s top 100 in the Baltic country, who seem to have gone mad for the band!

Their Italian winning entry is also this week’s chart topper in the Eurovision 2021 host country Netherlands and in Sweden, and the song is #2 in Norway, #9 in Germany, #14 in Ireland and #57 in Switzerland.

“I Wanna Be Your Slave”, one of the band’s bigger hits from their latest album “Teatro d’ira – Vol. 1”, is also charting in Germany, Ireland, Netherlands, Sweden and the United Kingdom. “Coraline” has also snuck into the Dutch Top 100 at #92 this week.

Speaking of their album, “Teatro d’ira – Vol. 1” sits atop the Lithuanian album chart, second in the Netherlands and Norway, #4 in Sweden, #13 in Switzerland, #18 in Germany and #71 in the United Kingdom.

Meanwhile, the YouTube video of Måneskin’s Eurovision final performance is approaching 40 million viewers in record time, having already surpassed the winning performance of Duncan Laurence from 2019 in terms of views.

With numbers like this, we’re sure that there’s much more to come from the young quartet in the coming months, with the band set to announce more dates on their next tour. We think they’ve certainly found a few more places they can sell out shows in!

What do #YOU think of Måneskin’s explosive week in Europe’s charts? Are the band set for unprecedented world domination, or are Eurovision fans just getting carried away? Share your thoughts with us below in the comments, on our forum HERE or on social media!