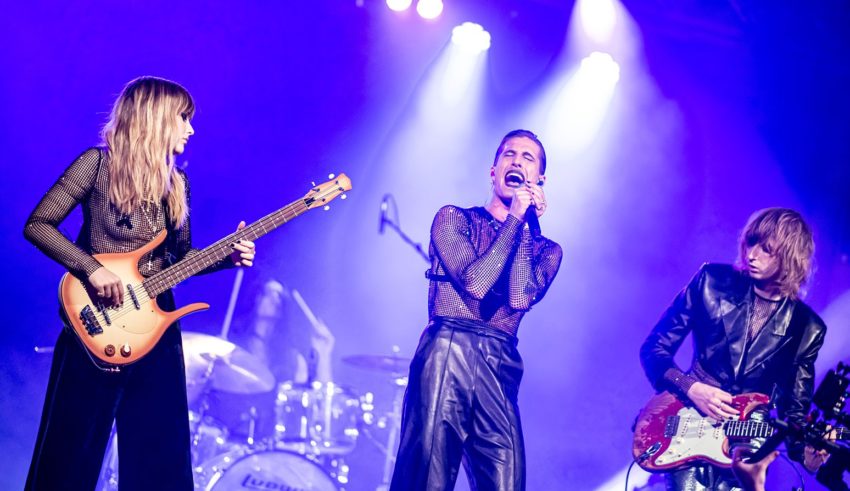 Måneskin has hit a Eurovision milestone by achieving a coveted feat across the Atlantic Ocean. The band has claimed a spot in the U.S. Billboard Hot 100 with their cover song “Beggin’.”

“Beggin’,” is a cover of 4 Seasons’ 1967 song, which itself peaked at No. 16. According to Billboard, Måneskin’s “Beggin’” earned 7.9 million U.S. streams in the June 25 to July 1 tracking period. It had a massive surge of about 127% over the previous week. This surge was fueled by the ongoing (and highly celebrated) popularity of the Italian glam-rock bank on the social media application, TikTok.

This the third song to perform so highly following their 2021 Eurovision Song winning song, “Zitti E Buoni,” which has reached No. 22 on the Billboard Global 200, and “I Wanna Be Your Slave” which also reached No. 15 on the same chart.

However, “Beggin’” became Måneskin’s first Billboard Hot 100 entry, debuting at No. 78, and even breaking into the top 10 of the Billboard Rock & Alternative Songs.

This is a historic accomplishment that follows Duncan Laurence’s (Netherlands 2019) successful entry into the Billboards earlier this year with his winning song “Arcade,” which also saw healthy support from TikTok.  “Arcade” is currently No. 65 on the U.S. Billboard Hot 100 after twelve weeks on the chart. Nevertheless, it is important to recognize and celebrate the growing popularity Eurovision stars are seeing in the U.S., especially ahead of American Song Contest coming in 2022.

Do #YOU hope to see more Eurovision artists on the Billboard Hot 100? Do #YOU think apps like TikTok have helped Eurovision become even more recognized globally? Share in the comments and on social media.

Rumors are already brewing as to who will represent the Netherlands in Italy next year. On…