Home 2017 Malta: Richard Edwards “The stand out point of my entry is in the song itself with no gimmicks to fool the audience” 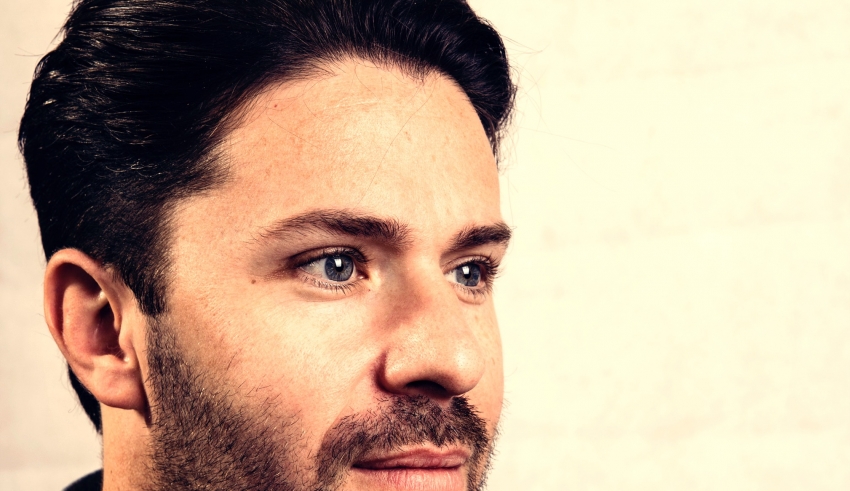 Tomorrow PBS will air  the Malta Eurovision Song Contest. The preparations are in full swing and from tomorrow the participants will start rehearsing at the MFCC. Today, Richard Edwards has spoken to us about his entry You.

First of all thank you for your time talking to us. How are you ? Can you introduce yourselves ?What can you tell us about yourself?

Richard Micallef was born on the Mediterranean islands of Malta in 1982. Music is something that runs through his blood and always had an important role to play in his life. His Father Joe Goerge; also aMaltese popular artist played an important role in Richard’s musical education.

Richard started his Musical journey performing in local pubs and hotels around the island. As Richard explored his teenage years he also took a great interest in songwriting and alongside performing this became his passion in life. In 2003 Richard, Richard’s Brother Wayne and Richard’s sister Michelle formed a family band called “The Mics” and together they enjoyed many performances while also gaining lots of exposure through various local Radio and TV appearances. “The Mics” also took part in the Malta song for Europe 2003 with the song “Take me back” and also in 2005 with the Song “It’s up to you”.

In 2006, Richard ventured out of Malta to the UK. While in London, He joined a band called “Castaway” of which his role was playing the bass and singing. Richard enjoyed touring many parts of the UK with Castaway. Richard also auditioned for “The X Factor” in 2007 and he managed to get the thumbs up from Simon Cowell and make it as far as the Boot camp stages.

Stretching away from the band and Using Richard Edwards as his stage name he decided to start his solo career for the very first time in 2010. Later that year he entered the Malta Eurovision song contest with a song written by himself and Jan Van Dijck entitled “Finally”. The song placed 2 nd and kick started Richards solo musical career on the Maltese music market.

In 2013 Richard got the urge to be part of a band again and so he formed the Maltese Band Firelight. The Band consists of Richard and his three Siblings Michelle Mifsud, Wayne Micallef and Daniel Micallef plus Tony Polidano and Leslie Decesare. Firelight has had their music played all around Europe as in 2014 the Band represented Malta in the Eurovision song contest with the song entitled ;Coming Home. The song “Coming Home” which was written by Richard placed in the top 100 ITunes charts in England, Sweden, Denmark, Austria, Netherlands, Norway, Greece, Spain, Germany and Ireland. Firelight enjoyed further touring around Europe in 2015 promoting their album “Backdrop of Life”. Firelight is Currently Working on a second album which is expected to be released at some point in the future.

In 2016, Richard decided to revisit his separate Musical Solo career as Richard Edwards; and released a single entitled “Burning”; in July 2016. “Burning” was a summer hit on local radio stations and enjoyed a top 10 position for 8 Weeks. Richard’s other solo single entitled “You” has been selected as one of the sixteen finalists for the Malta Eurovision song contest 2017.

Your song that you will be presenting for the Malta Eurovision Song Contest is “You”. What can you tell us about the song?

“You” is an acoustic love song that can relate to a lot of people, it’s a simple melody that touches a deep feeling inside for me and hope that I can touch the hearts of others too. “You”; doesn’t need a mind blowing projection behind it neither doesn&#39;t need a fancy light show. The stand out point of my entry is in the song itself with no gimmicks to fool the audience

I did not write “You” with any intention to enter the contest but when it was finished I knew that I wanted the best Maltese platform ( in my opinion) to perform it on . I wrote this song just over a year ago, one side of the song is written from a very happy place in my life, the other side of the song when I say: we used to sing the songs we knew the ones that made us smile, but now those precious melodies are songs to feed my eye; is about the love between my mum and her mum (my grandma) .

In Malta, nearly everyone loves to watch Eurovision. I don’t have a personal Favorite song but there have been a few good tracks on that stage…Waterloo, rock’n roll kids, fly on the wings of love, euphoria and calm after the storm are all songs I like…oh yeah!! and Firelight had a good tune in 2014 🙂

Yeah I do, in fact it already has impacted my career in a positive way.

This Sunday afternoon I watched a very good football game between Man Utd Vs Liverpool with my fiancée and dog. I change it up every Sunday unless Man Utd are playing.

Live for today cause tomorrow never comes and don’t worry be happy.

Wake up, walk the dog, pick up guitar, work out, cook, go to work which is performing, come back home, mid-night snack, watch a bit of tv and then go to bed where I hug my girl and sleep.

You can listen to Richard’s entry You in this link: