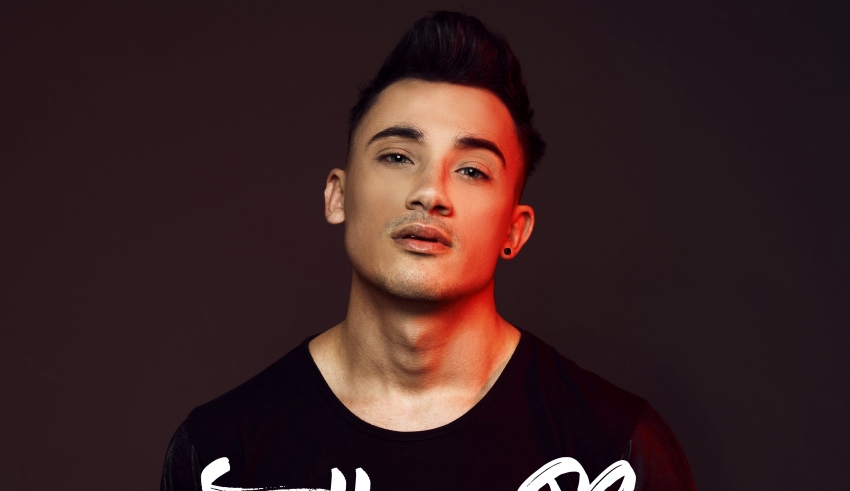 Less then 2 weeks to go for the Malta Eurovision Song Contest. The preparations are in full swing and soon the participants will start rehearsing at the MFCC. Today, Franklin Calleja has spoken to us about her entry Follow me.

I’m Franklin Calleja, a Eurovision fan. 24 year old who loves music and fashion. My career started 5 years ago when I won a TV singing competition. Never looked back and thanks god opportunities continued to arise. Now this is my 5th time competing in the Malta Eurovision selection. Had various important achievements, some of which were national important shows and concerts with thousands of viewership.

Your song that you will be presenting for the Malta Eurovision Song Contest is “Follow me”. What can you tell us about the song?

‘Follow Me’ is a heartfelt ballad with a message to all those who are going through a rough path. By following me and listen to the song’s message, they will surly gain courage.

There’s a big team behind the song. Apart from my tutors, the authors of Follow Me are Ivan Grech, a well known composer, author and singer in Malta,together with Muxu who won twice the Junior Eurovision 2013, 2015 and the song’s composer Cyprian Cassar.

Our inspiration was to help those who are going through a rough path. we wanted to give them the courage with our song. It was written specifically for myself.

I’m a big fan of Eurovision in fact since young, I never missed one. Few past favorite entries were ‘Rise like a Phoenix’, ‘Fairytale’ by Alexander Rybak which I had the pleasure to work with, and ‘Euphoria’

As like every singer, I envision myslef in the UK and USA charts.. who knows?! maybe one day 🙂

Without any doubts. People all around Europe and Australia will be watching it so it’s a big stepping stone for the singer.

Whats the one thing that might surprise people about you?

Is it my voice? 🙂 at least that’s what people tells me hehe.

I’m a resident singer on a popular Maltese TV Show, ‘Hadd Ghalik’, aired every Sunday on the Maltese national Television. so on a Sunday afternoon, i’ll be at the studio 🙂

To keep strong, and to keep my feet on the ground.

‘What doesn’t kill you, makes you stronger’ by Kelly Clarkson.

Well, usually during the week I’m always at work. when I arrive home I’ll be looking forward to some free time, while having a nice cup of hot tea to relax after a long day.

You can listen to Franklin’s latest version of the entry “Follow me” on this link below :-