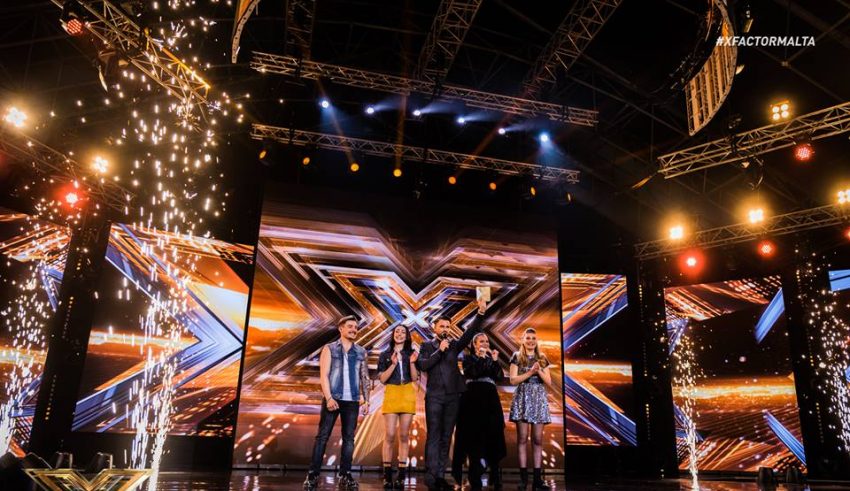 It’s really hotting up now in The X Factor in Malta! This evening’s semi-final saw all eight acts perform – but half of the acts would be heading home at the end of the show!

The eight remaining semi-finalists all performed once under the theme of “Movie Spectacular”. The first performances were as follows (original artist in brackets);

After the first round, two acts were eliminated immediately; Ben Purplle and Kelsey Bellante would not be able to perform again.

With six acts left, and one more set to leave immediately after this round, the second set of performances were as follows (original artist in brackets);

After this round of performances, Norbert Bondin was eliminated.

The last elimination came in a sing-off as Owen Leuellen and Luke Chappell were selected as the bottom two of the remaining acts. Owen survived to reach the final, as Luke Chappell finished in 5th and went home.

This means that the final four acts and the potential representatives for Malta in Eurovision 2019 are;

The live final of The X Factor Malta will take place on Saturday 26th January, with the winning artist also being given the opportunity of representing the Mediterranean nation in Tel Aviv. Stay tuned to #escYOUnited next week as we bring #YOU all of the latest news from Malta!

Who do #YOU want to represent Malta in 2019? Share your thoughts with us on our forum HERE or join the discussion below and on social media!