Home 2022 Making the case for Wolf Alice at Eurovision 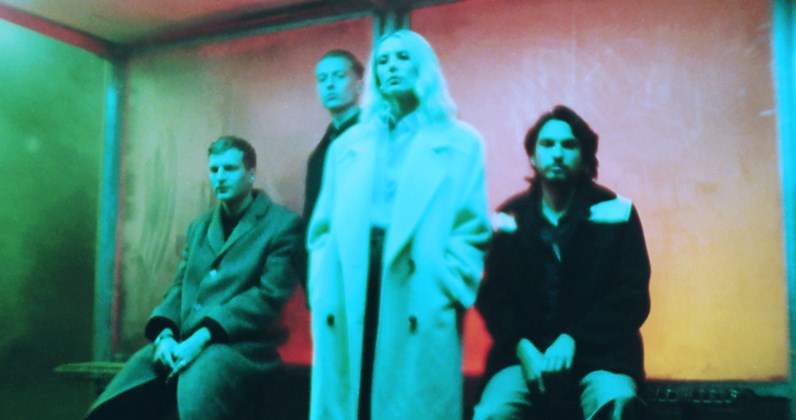 This editorial is written from the personal opinion of the author and does not necessarily represent the views of ESC United as a whole, its other staff or the EBU and other involved organisations.

And so, the BBC Eurovision team retreat for another year from our beloved contest; tail between their legs at another embarassing show on Europe’s biggest stage, and ready to go into hibernation until late 2021 and hope it all blows over.

I will stress before this kicks off that this isn’t an all-out attack on the BBC’s efforts and most certainly not those of James Newman, who has been a fantastic ambassador for the United Kingdom in this year’s competition and had a semi-successful track in the country to soften the blow of a cruel nul points. But, there lies the problem – nice and safe only gets you so far in Eurovision.

“Embers” was certainly a decent, well-produced pop track that fit the current British music industry ethos of slick beats, upbeat lyrics and summer radio hit potential. It’s a hell of a step in the right direction, in terms of the BBC’s approach to the contest. But the song never hit the heights of songs from the current titans of the genre – Sigala, Calvin Harris, CamelPhat, Jonas Blue, Jax Jones – nor the wealth of newcomers like Joel Corry, Nathan Dawe, KC Lights and Prospa.

It was a song that people liked, but not many loved, and it certainly showed in the voting, with the song barely troubling top fives of the majority of jurors and certainly not sparking the imagination of the watching audience. In the current voting system, mediocrity and playing it safe is punished.

So with this year’s results strongly rewarding authenticity, passion, emotion and the artists that really believed in their vision, it should be clear to the BBC which route they need to go down next year. Stop thinking about “Eurovision” when you pick our Eurovision entry. It’s time we started to pick the artists who have a true vision for what THEY are as musicians, and who can put together an authentic and original package for the stage.

For me, as an EDM fan, a dance track was a welcome change, but the final package was not quite strong enough in a tough, tough year. As I am also a lover of indie and alternative music, this has been another avenue I’ve been craving for the BBC to explore at the contest, and I have my fingers crossed that Måneskin’s victory in Rotterdam and their resounding success in the British charts since will finally be the kick up the arse the BBC need.

There are many prime candidate bands in the UK that know what they are about and have a real vision and ethos, as well as strong stage presence. Artists like Foals, Royal Blood, Glass Animals, Fickle Friends and Catfish and the Bottlemen would all be incredible choices for Eurovision, if a little unrealistic. There is one band, however, who I feel could be prime candidates for turning around British fortunes at the contest, and could actually consider it – Wolf Alice.

The four piece band from London, who describe their music as “rocky pop”, consists of singer Ellie Rowsell, guitarist Joff Oddie, bassist Theo Ellis and drummer Joel Amey. The group have been carefully honing their craft for dreamy, yet emotionally devastating indie tracks alongside a back catalogue of heavy guitar-laden rock anthems and were rewarded for their efforts in 2018 by winning the Mercury Music Prize for their sophomore album “Visions of a Life”, which went to #2 in the UK album charts.

Their success has seen them perform as support for Foo Fighters, Queens of the Stone Age and The 1975 (a gig of whose this particular writer discovered the band in Birmingham a few years back) and steadily grow their fanbase in the country to become one of the most exciting indie-rock bands the United Kingdom has to offer.

But what could they offer the contest? To highlight the band’s versatility and their ability to give the UK a truly unique entry in the competition next year, I want to highlight three very distinct singles; “Moaning Lisa Smile” (2014), “Don’t Delete The Kisses” (2017) and “The Last Man on Earth” (2021).

In “Moaning Lisa Smile”, the band announced themselves in style to the indie-rock audience with a singalong chorus, reverberating guitars galore and chunky riffs that make it difficult to sit still while listening. The song’s music video also showed the early talent the band had for abstract visual storytelling in song, as the track is actually written about the band’s perspective of Lisa Simpson; “We wanted to create a Lisa-type character and follow her in a pursuit to happiness. Although faced with obstacles in the shape of some nasty bitches, Lisa soon finds the group who make her feel like she belongs.”

The band’s most successful single to date is 2017’s “Don’t Delete The Kisses”, a wonderful shoegaze-y dream pop track which amplifies the yearning of young love. Singer Ellie Rowsell describes the track as “one of those, you know, ‘head-out-the window on a long drive’ kind of tunes” and the spacey synth that punctuates the song and the emotional weight of the lyrics makes this a song to really cry along to in the mosh pit. The song’s build is unique and captivating, and the authenticity of the track is plain for all to see.

The last of the three singles I wanted to profile is the lead from their recently released album “Blue Weekend”. The piano ballad “The Last Man on Earth” features Ellie’s fragile vocals as she weaves a story of male narcissism amid a constantly soaring soundscape that would translate itself fantastically to a grand live performance – the song certainly feels like it would go down an absolute storm on the Eurovision stage.

The most important thing to note in all of this is that the band and the band alone are involved in writing the lyrics and music, meaning that their songs come from the heart and share the messages and emotions that the quartet want to get out into the world.

They are also fantastic live performers to boot, and from their carefully curated music videos, they certainly know how to use visuals to tell a story, which is vital for success at the contest when trying to portray a song’s message in a three minute timeframe.

So, we’ve profiled the band and their talent, and showcased their versatility and strength of songwriting. But why on Earth would they do Eurovision?

I mean, of course, it is still a pipe dream. But there’s always a glimmer of hope, and the band seem to have more than a passing relationship with the contest already; the band signed a letter of protest alongside various musicians and artists in the UK supporting a boycott against the contest’s 2019 edition taking place in Israel, and their profile picture on Twitter right now is of a certain Italian band who won the contest a few weeks ago. Perhaps Måneskin’s victory could have already inspired them to save the British hopes at the contest?

This particular writer can but hope.

What do #YOU think – would Wolf Alice turn British fortunes around in Eurovision? Would #YOU like to see a band take to the stage for the United Kingdom in Italy next year? Share your thoughts with us on this editorial below in the comments, on our forum HERE or on social media!