Home 2021 Lithuania: These are the five names joining The Roop in the final! 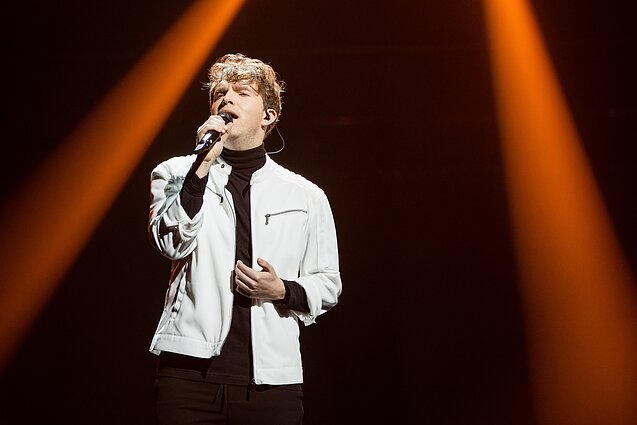 The semifinal of Pabandom is Naujo aired in Lithuania tonight. During tonight’s live show, the 10 acts who previously qualified from the heats compete against each other for five seats in the Lithuanian selection show’s final.

Tonight’s line-up as was follows:

There were a few minor changes in the format compared to the heats. First of all, the voting opened at the start of the show, allowing the audience to instantly vote for their favourites.

Secondly, the jury deliberations were moved at the end of the show, as opposed to being used as intermezzo’s between performances.

Finally, this week’s interval act was Evgenya Redko. Redko, a popular Lithuanian singer, withdrew from last year’s PiN, but returned to this year’s semifinal to serve us her newest song, ‘Laikinai’.

Once the dust had settled and everyone had performed their entries, the points of the jury and audience were announced. Like the previous two weeks, I’ll show the jury results first: 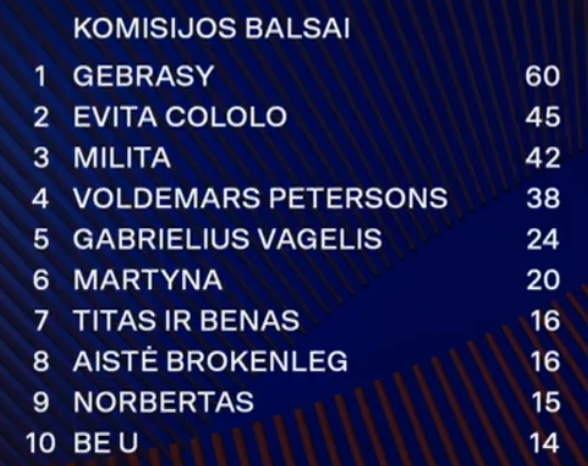 As you can see, the Commission heavily favoured Gebrasy this week, followed by Evita Cololo, Milita and Voldemars Petersons. These four left the others in the dust. Meanwhile, the audience felt differently: 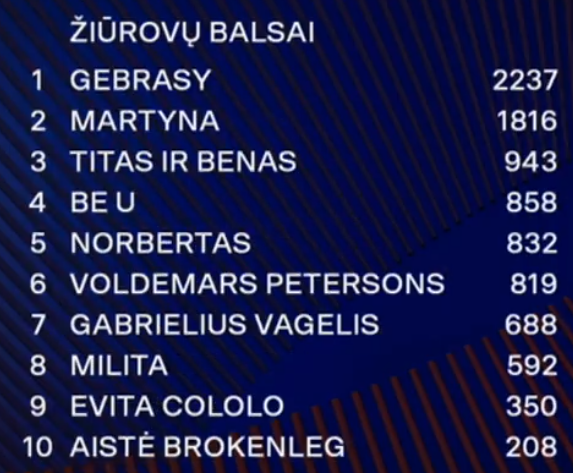 While the audience agreed on Gebrasy, they disagreed on Martyna. The singer of “Thank You Very Much” scored almost double of Titas and Benas, who came in third. Voldemars, Milita and Evita all finished in the bottom five of the televote.

With such lopsided results, the combined vote became quite the nailbiter .The ultimate scoreboard reflected the tastes of the Commission and the audience: 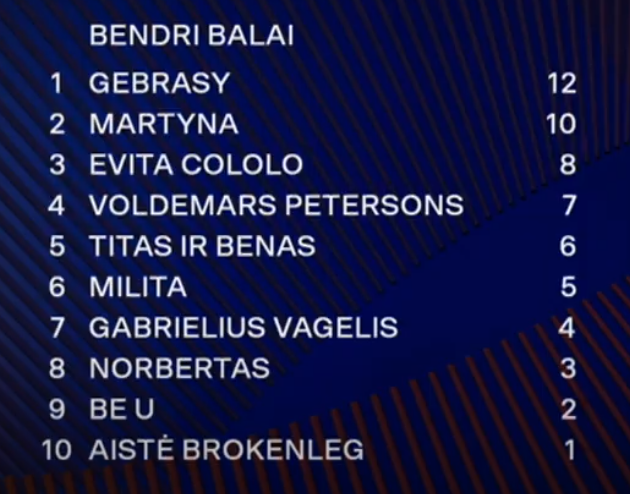 Gebrasy won easily, joined by jury faves Voldemars and Evita, while the audience powervoted Martyna and Titas & Benas into the finale. Next week, these fives will face off against The Roop in the Grand Final, and we’ll be here to cover it for you.