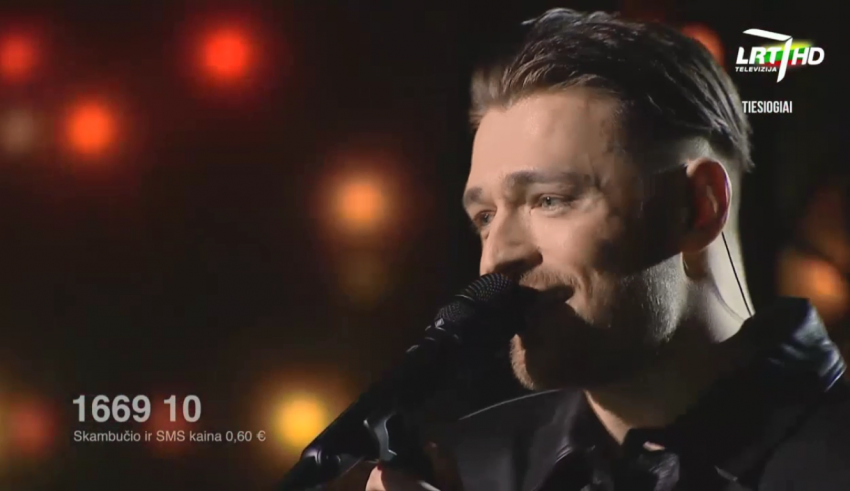 Heading into Eurovizija Nacionalinė Atranka Semi-Final 2, the big story is what the jury and televoters would do with Monika Marija’s “Criminal”, as she had specifically stated a preference on her Facebook page that “Criminal” not be considered so that she would have a potential vote cannibalization issue with “Criminal” competing with the already qualified “Light On.”

However, Marija now faces the possibility of her fanbase being split between those two songs and neither qualifying, which is not what she would want considering Jurijus’s very strong performance in Heat 3 and this Semi-Final.

Unlike Semi-Final 1, the Jury voters and the televote more or less lined up, as both returned the same Top Four. Jurijus was top in both, and folk dance novelty act Antikvariniai Kašpirovskio Dantys’s “Mazule” came in second overall, Monika Marija came in third, and Jurgis DID and Samantha Jennings’s “Sing!” came in fourth.

These are the final results from Semi-Final 2: It was heartbreakingly close for Alen Chicco, who came in fifth in both jury and televotes (with only 104 votes separating “Your Cure” from “Criminal”). Chicco changed his act, replacing American Matthew Dane Livingston with a blonde female dancer and replacing the wheelchair allegory with a more standard dance routine. In Heat 4, a couple judges had commented on the wheelchair being a bit tasteless, and as a result of Chicco taking onboard their criticism, his judges’ tally improved from the 4 in Heat 4 to 6 in Semi-Final 2. Another prior audience favorite, Aldegunda, also changed up her routine to include more leather and a less static performance, but the jury again reacted unfavorably.

Do #YOU agree with the results of Semi-Final 2? Should Lithuania have dared to love instead of run with the lions? Comment in our forum, on social media, or in the comments below.