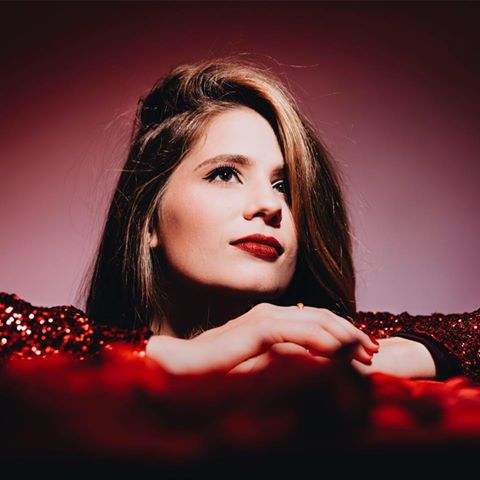 Laura Rizzotto’s unique background would certainly make her an interesting choice for a Eurovision hosted in Portugal, but can the young Latvian-Brazilian win Supernova in 2018? We got to speak to her ahead of this weekend’s semi-final!

It is a pleasure to talk to the ESC United crowd! I am a Latvian/Brazilian singer and songwriter based in New York City, where I work as an artist and music coach.

Your song for Supernova is “Funny Girl”. What can you tell us about the song?

The song tells the story of a girl who falls in love with her best friend. She always makes him laugh and her feelings are her best-kept secret, until she decides to open up. Unfortunately, it was too late: he had already fallen for someone else. To him, she became only a friend, just a “funny girl”.

I hope “Funny Girl” inspires people to be brave and embrace vulnerability. Sometimes we let fear of rejection stop us from expressing ourselves and end up watching life happen from the sidelines. Taking risks is part of the art of living an accomplished life. So, be bold! Turn fear into courage and become the leading character of your own story.

All my songs are somehow connected to my personal experiences. My current project is the EP series “Precious Stones”. The first one, Ruby, was launched in 2017. The song “Funny Girl” was written for the second EP, called “Amber”, to be released in 2018, as a tribute to my Latvian roots.

Yes, I am a big fan of Eurovision and love to follow the news and discover new artists. I really enjoyed Aminata’s song, “Love Injected”, which was the Latvian entry in 2015.

If I win the national contest, it will be a great honor to represent Latvia and an amazing opportunity to showcase my work as an artist.

My father is Latvian and my mother is Brazilian and of Portuguese descent. So, it would be a perfect family combination to represent Latvia in Portugal!

I started performing in the Rio de Janeiro music scene at the age of 15. My first record deal with Universal Music Brazil came up when a record company executive saw me performing live. My debut studio album, Made in Rio, was released in 2011. Shortly after, I won a scholarship to attend Berklee College of Music and moved to Boston in the United States.

I self-released my second studio album, Reason to Stay, in Los Angeles, in 2014, and moved to New York to pursue a Master of Music degree in Columbia University, which was accomplished in May 2017. My current artistic work is the EP series Precious Stones I have mentioned above.

Thank you so much for your support and for being a part of the #FunnyGirlSQUAD : )

We hope you enjoyed our interview with Laura Rizzotto! You can check out her song below, and be sure to catch her and her six fellow competitors this Saturday.

What do #YOU think of Laura’s song and her chances at Supernova? You can discuss with us on social media and on our forum!