Home 2019 Latvia: Kristiāna “The connection is so strong” 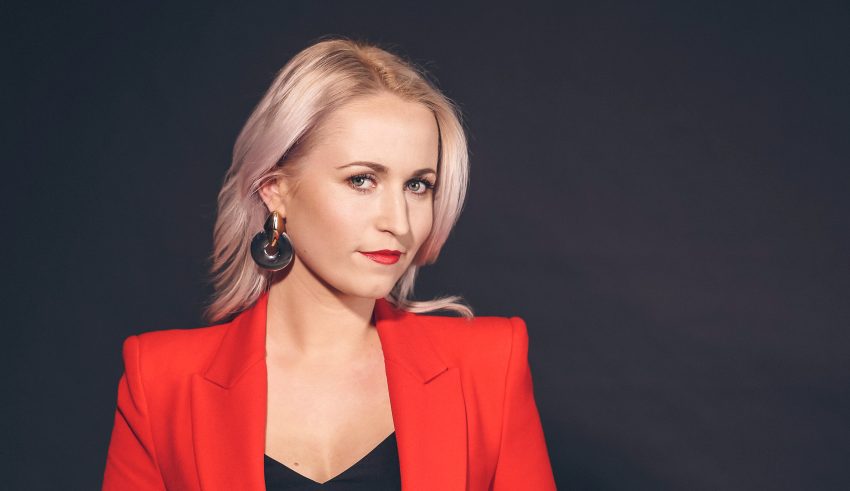 With tonight’s second semi-final in Latvia helping to decide the finalists in the Supernova competition, we thought it best to speak to one of tonight’s hopefuls! It’s Kristiāna, who will present “Remedy” to us this evening. She told us how she got into music when she couldn’t even see herself in the mirror on the wall and how another of tonight’s participants helped with her entry…

Hello Kristiāna! First of all thank you for your time talking to us. How are you? Can you introduce yourself? What can you tell us about yourself?

Hi there! My name is Kristiāna, I am a singer and a songwriter from Riga, Latvia. I have been surrounded by music and singing since I was little – I had this great opportunity to go to a music school, learn to play the piano and attend choir. But as a solo artist I started my career not so long ago – it was 2017, when I released my very first original song called “Guiding Light”. It was made in a collaboration with a well-known Latvian producer Kaspars Ansons (he has worked with a lot of Eurovision songs, like Aminata’s and Justs’). And then it all started. In November 2018 I released my debut EP “Coincidences” with 6 original songs – 4 in English and 2 in Latvian. The EP also includes “Remedy” – the song which I will be performing in the second semi-final of Supernova 2019.

What can you tell us about the song?

“Remedy” is a story about contrasts in love. Two people have met each other, at first they are happy, they are having what we call “rose tinted glasses”. Then something goes wrong and it starts to feel like they are walking on thin ice – that is the moment they let each other go. But the connection is so strong, they understand there is nothing to do about it – although it is hard sometimes, they are each other’s remedy and this love lasts forever.

“Remedy” is my original song, I am the author of both music and lyrics. Initially I did not plan to apply for Supernova 2019 with this song. I wrote it about a year ago and planned to include it on my debut EP. But when my brother Kristaps Bumbieris, who has produced four of the songs in the EP, started working with it, he mentioned that maybe it is worth to apply for Supernova as there is nothing to lose, we will release the song anyway. When Kristaps had the song mainly finished, I contacted Marka from Double Faced Eels – we had met each other in the songwriting camp “RigaLive” a few months ago and I knew he knows the mixing and mastering things well. So he also did a good job. He helped in producing, mixing and mastering.

The inspiration of this song was the people around me. Sometimes I write about myself, but this was not the case. “Remedy” is an imaginary story that was born in my head and in my feelings. I was playing the piano and the words and music just came to me.

I guess I am kind of a fan of the Eurovision Song Contest, because I have watched it almost every year since I was little. It always felt like it is a huge event with the best singers from across Europe and the shows are amazing each year. There are many songs I really like, but one of the last ones I listened quite a lot (I love how it is written and produced) is Sweden’s entry from 2017; Robin Bengtsson – “I Can’t Go On”.

I hope so! This is the first time I am participating in a contest like this with a live broadcast. I am doing my best and working hard to have a very good performance, so hopefully it all will go well. It is also a very valuable experience for me as a singer and songwriter.

To do everything with 150% effort in every performance. And to work hard, because it all will come back one day.

If I am angry or sad, give me a Milkyway chocolate and it will help immediately.

My first ever experience with music was when I was a kid. I would consider my family as quite musical – my dad plays guitar and one of grandmothers likes to sing – so it just happened. I remember myself being only a few years old and singing by the mirror (standing on a chair, because otherwise I could not see myself). After that my parents sent me to a children’s ensemble and there it all started. I was in love with music and singing since I remember myself.

Kristiāna will compete with “Remedy” in the second semi-final of Supernova,  Latvia’s selection for Eurovision 2019. #YOU can catch Samanta’s performance tonight (2nd February) as she hopes to qualify for the Supernova final.

Who do #YOU want to represent Latvia in Eurovision? Share your thoughts with us on our forum HERE or join the discussion below and on social media!