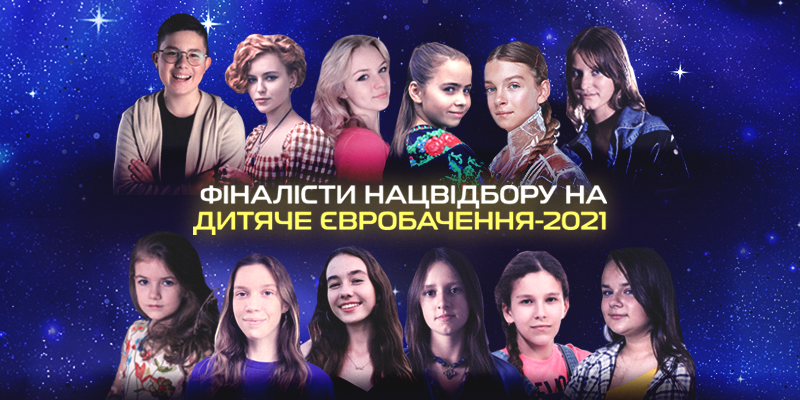 Ukrainian broadcaster UA:PBC announced the names of the twelve talented youngsters that will be competing to represent their country at Junior Eurovision later this year in Paris. They are:

As reported previously by Eurovoix, the broadcaster received 118 submissions for this year’s contest. Of those 118, the selection committee narrowed the field down to the twelve most promising contenders. As part of the application process, singers could submit a video of themselves performing the original song they intended to compete with or a cover of a preexisting song. The broadcaster will assign original songs to any acts that applied with covers.

You can view snippets of all twelve finalists’ audition tapes here:

The final is scheduled to air on UA: Kultura on October 23, and the winner will be decided by the combined scores of a professional jury and online voting.

The finalists range in age from 10 to 14 years old. Among them are two singers who reached the finals of Ukraine’s national selection last year: Olena Usenko aka Ellen and Angelina McFarlane aka RREALINA.

Ukraine has participated in JESC 15 times since its first appearance in 2006. Its best result was Anastasiya Petryk‘s 1st place finish in 2012 with ‘Nebo’. Oleksandr Balabanov finished 7th for the country at Junior Eurovision 2020 with the song ‘Vidkryvai’.

Do #YOU have a favorite among the audition snippets? Sound off in the comments below, in our forum, or on social media @ESCUnited.

Måneskin: Ethan, Thomas, and Victoria Get Their Revenge in ‘MAMMAMIA’ Music Video