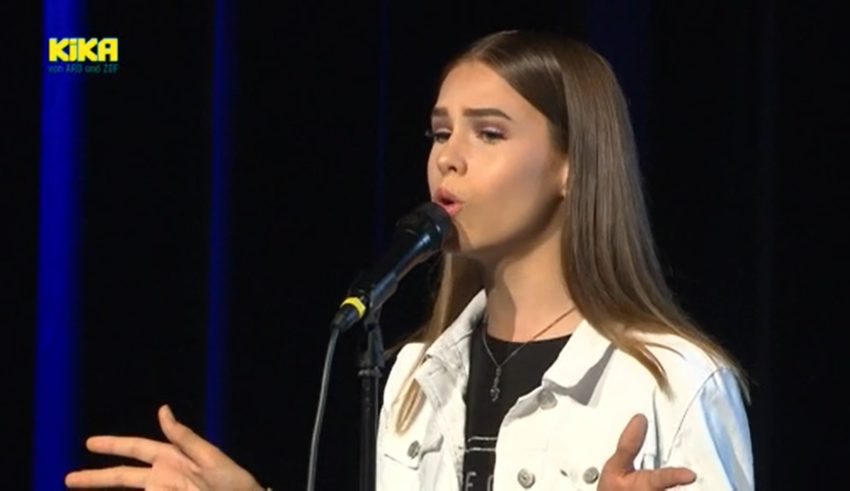 The below editorial features the opinions and views of the quoted reviewer and do not necessarily represent the views of #escYOUnited as a whole, Eurovision or the EBU.

By this time tomorrow, we will know the very first entry for Junior Eurovision 2020, to be held in Warsaw, Poland on November 29, 2020.

Whether or not the contest is actually held, and whether all 13 announced countries will attend (Belarus’s national selection is in doubt due to internal strikes at the national broadcaster over the current political strife there), remains to be seen. But at 20:00 CET on September 2, 2020, we will know who Germany intends(ed) to send to the contest.

Of extra interest to us as Junior Eurovision fans is this being (potentially) Germany’s debut year at the contest. France and Spain recently came back in style, and it is expected that Germany would bring something special, especially considering the wealth of talent at the Big Five nation’s disposal as well as the popularity of children’s singing contests making battle-ready performers ready to take on the rest of the continent.

The format for Dein Song für Warschau is unusual, as there are five aspiring kid contestants, each given the same two songs to perform. The songs, “See You Later” and “Stronger With You,” are performed by renowned German teenage musician Levent Geiger, who won Dien Song in both 2015 and 2019.

Given the unusual format, we decided to forego the usual reviews of each individual entry out of 10 and give our rankings for each song, give a collective thumbs up for who we think Germany should send to Junior Eurovision 2020, and have a couple of our writers tell you about singer and song combinations caught our ears.

This was close. Very close. Linnea’s take on “See You Later” is Editor and YouTube contributor Roy Postema’s nomination recommendation to represent Germany at Junior Eurovision 2020.

“I firstly wanted to say that the uptempo song is waaay better than the ballad,” Roy said. “In both cases it is like going to a suit shop. You can try on all the suits to see how they look on you and then they will make it fit you. Anyways, Linnea is my winner although there are more options, too. I think her voice fits really well with the pre-chorus. And the way she already performed it in this audition really makes me think they could pull off a great staging if the song were to perform at JESC. She could really grab your attention in the pre-chorus and then pan wide to see the dancers go loose. Davit would give it a different taste in giving it some swagger and Susan would be good too, but with her I feel like it is more about her and her voice rather than the song. In my eyes Linnea is by far the best choice for this song!”

However, because both Melanie and James thought Susan Oseloff should represent Germany at Junior Eurovision 2020 with “See You Later,” Susan narrowly pips Linnea to the post.

“Overall, I think the best combination to go to Junior Eurovision 2020 for Germany is Susan
with the song “See You Later,” recommended Melanie. “I think that of the 5 kids that auditioned, she has the overall package of a great voice and great stage presence. Her audition video with the song “See You
Later” immediately showed that she’s bringing the song to another level while the other singers don’t do that. The way she danced and was having fun already in the audition is contagious and promises a lot for the actual stage show. “See You Later” is a song that is absolutely an earworm from the first note. It falls a little bit flat in the German verses, but the chorus has every potential to be a hit by the kids. Only hoping that they will give it more body in the actual song (because I think that they were still demos at the audition). “Stronger With You” is also a great song with great lyrics, but it’s sadly forgettable after one listen. And that’s the last thing you want when you’re competing at Junior Eurovision. So Germany, please debut at Junior Eurovision with Susan and “Stronger With You.””

Rankings – “Stronger With You”

Davit Nikalayan is a winner of the ESC United rankings for “Stronger With You” in a very typical Eurovision national final fashion – Davit did not come in first in any of our editor rankings, but because we had three different first places (Roy nominated Leroy, Melanie nominated Linnea, James nominated Susan), and Davit came in 2nd in all three editors’ rankings, Davit is the overall ranking winner for the balladic “Stronger With You.”

The overall sentiment is that “See You Later” is the better of Geiger’s two compositions, and each of our editors based their rankings for “Stronger With You” on who they felt best sold the song.

This is Roy’s view on Leroy: “Okay yeah, I get it you need a basic beat and ballad to make it easy to perform for the kids, but a good ballad is not just a ballad. That’s where the issue lies with this song. The song wasn’t made with the artist in mind and it makes it tough for the kids to really perform the song well and for the viewer to connect therefore. I think Leroy makes the song work the best. His voice is definitely the most interesting of the 5 and if you have a basic ballad, you should look for a good voice to compensate for the lack of emotional attachment. He seems like he cares and he didn’t win The Voice Kids for no reason!”

Overall, the Junior Eurovision loving wing of ESC United would like to give our “professional” opinion to the judges (Max Mutzke, Levent Geiger, Michele Huesmann and Martin Haas) – we believe that Susan Oseloff is best suited to combat the rest of Europe with “See You Later.”

Do #YOU agree with our editors’ recommendation of song or singer? Share your thoughts below, in our forum, or in the comments below.