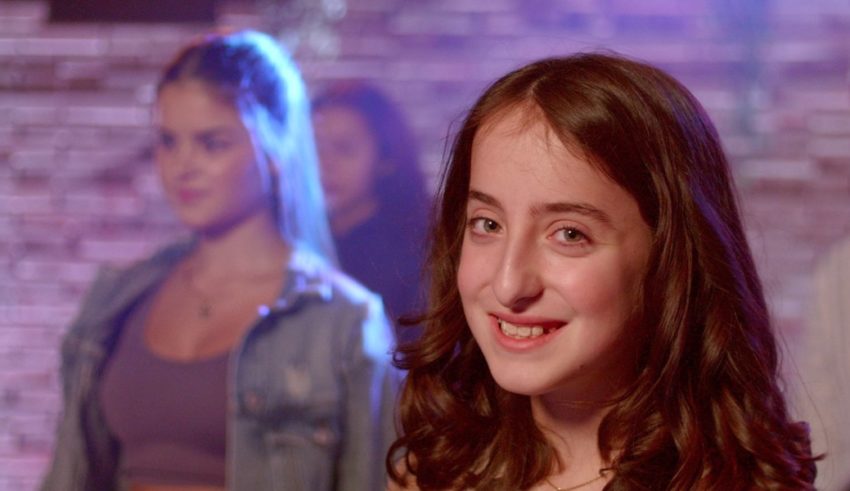 Back in September, Pauline received the ticket to represent Germany at the Junior Eurovision Song Contest 2021 in Paris after winning Junior ESC – Wer fährt nach Paris? with her version of the song “Imagine Us.”  The German team have worked hard in the past few weeks and now presented us on the official YouTube account of KiKa von ARD und ZDF the definitive version of the song that Pauline will perform in Paris. Without further ado, you can watch the official music video of  Pauline’s revamped version of “Imagine Us”

In the music video, we see Pauline cleaning up the trash in the room. She finds out that she needs more friends to clean the room and ask more friends to get rid of the plastic in the room. They celebrate the fact that the room is all clean with a little party with balloons that look like the earth. A playful way to inform the people who watch the video to take better care of the world for the next generation.

Pauline was chosen on 10 September  to represent Germany after defeating Emile an Marta in the Grand Final of Germany’s national final. Over 100 participants had applied to get a chance to fly the German flag in Paris.Pauline is 12 years old and lives near Koblenz in Rheinland-Pfalz. She plays the drums, piano and enjoys acting in the theatre.Pauline has won several prizes at ‘Jugend Musiziert’ (Young People Make Music), a famous music funding project in Germany that has hundreds of thousands of participants.

She’s looking forward to representing Germany at the Junior Eurovision Song Contest: “This is such a fantastic honour to have the opportunity to represent Germany in Paris. I’m sure that it’ll be a great experience and it has always been my dream to perform on such a large stage!” – Junioreurovision.tv

Pauline will be the second representative of Germany at the Junior Eurovision Song Contest.Susan represented Germany last year with her song “Stronger With You.” The song finished in 12h place with a total of 66 points.

What do #YOU think of the revamp? Do #YOU think Germany has what it takes to win JESC this year? Sound off in the comments below, in our forum, or on social media @ESCUnited.