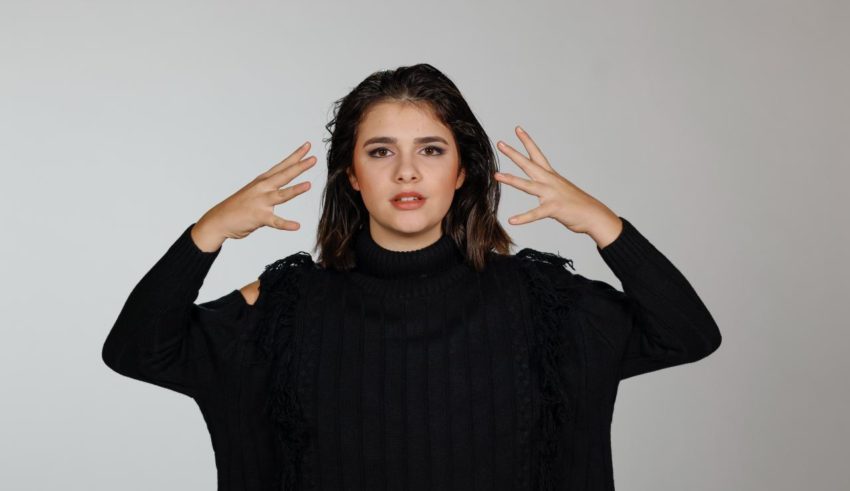 It’s 5 days to go until Junior Eurovision 2021, and we are counting down the 19 nations participating in Paris on Sunday, December 19, 2021.

Next up we check out Italy, a country that has blown very hot or very cold at Junior Eurovision, a stark contrast to the steady performances of their adult counterparts.

Italy is another late-comer to the Junior Eurovision party, but when they accepted their invitation in 2014 for their debut, they only went and won it with junior crooner Vincenzo Cantiello and his balladic “Tu primo grande amore.”

That was followed up with a 16th place finish the next year. Then Fiamma Boccia came in third in 2016 with “Cara Mamma,” 11th in 2017, 7th in 2018, 7th in 2019, before taking off 2019 due to Italy’s struggles being Europe’s frontline against COVID-19. The trend is that the wild oscillation is converging on a point somewhere in the middle of the pack, which would not satify Italian fans in this contest, especially now they just tasted victory at the adult version.

RAI had initially indicated that they would not return in 2021 due to COVID-19 and focusing on host preparations for Eurovision 2022, but then surprised everyone with a participation announcement. And on top of that, that they had internally selected a rock song by young Elisabetta Lizza.

Elisabetta Lizza was born on May 19, 2009, in Ardo, Brescia. She is an avid dancer and pianist, and despite only being 12 has three years experience competing in music competitions.

Fabrizio Palaferri, Franco Fasano, Marco Iardella, and Stefano Rigamonti are the songwriting and production team for “Specchio (Mirror on the Wall)”.

The song is about being comfortable in your own skin, with Elisabetta facing her insecurities head on, embracing her imperfections rather than trying to shoo them away.

With the background out of the way, here is what we at ESC United think of Italy’s entry for Junior Eurovision 2021.

Boris – 8 – “Måneskin’s power is well underway to winning yet another competition, I see. (Assuming the Spanish and Polish fanbases kill each other again, as they seem to do every year.)”

Connor – 8.5 – “Italy said if it ain’t rock we don’t want it huh? Well, I don’t blame them! Like Maiu of Ireland, I fully expect Elisabetta to light up the arena with her strong voice and that driving beat. I really appreciate this departure from their last more cutesy entries of the last few editions – it’s a gamble that very well could pay off for them. I just hope they don’t pull a Russia 2019 vs North Macedonia 2019 combo for the staging!”

James – 9 – “I’d put the impetus for this song being at Junior Eurovision more on Olivia Rodrigo’s smash summer hit “Good 4 U” than Maneskin’s completely different rebel rock anthem, but hey, “Specchio” is good enough for Italy to do the first senior and junior Eurovision combo in a year. And to do it with rock, no less. Us old fossils have to live in a world where Avril Lavigne is now an elder stateswoman and an influence to teens like Elisabetta, but she does carry on that early 2000s pop punk aggro quite well here in 2021. It’ll be interesting to see how this one is staged, and if the teen girls of Europe rally around this song in force to boost the online votes.”

Melanie – 9.5 – “After winning Eurovision this year in Rotterdam, Italy just decided that they also want to win Junior Eurovision in Paris. Elisabetta is given this hard task, but she definitely is nailing it with her song Specchio. The song immediately grabs my attention when the first guitar riff opens the song. Elisabetta is serving it with her vocals and stage presence. The structure of the song keeps me interested the whole 3 minutes. Only thing that can work against them are the dancers in the music video. I don’t know if that also would work on the Eurovision stage. Thanks to Elisabetta, Rock and Roll is also alive at Junior Eurovision. She’s my winner of this year’s edition and I already see myself celebrating Junior Eurovision also in Italy.”

Roy – 7.5 – “Wait, we won with a rock-song? Let’s try it in Junior as well! And why not? Elisabetta’s voice might not be the absolute best for it for the full duration of the song. I find it a bit underwhelming in the first verse and chorus. It definitely picks up massively! The final half of the song is really strong. The super short guitar solo elevates the piece greatly as well. I definitely think it is cool that they try something like this, I am just not entirely sure if Elisabetta is 100% the singer to try it with.”

Stefan – 10 – “Is Italy heading for a double crown this year? I sure hope so! This girl needs to bring her all on stage. I can’t hide it that this is my favorite entry of the year, but you just can not not love a banger entry like this one.”

Tyler – 7.5 – “It feels like we’re getting the rush of rock songs already in Junior Eurovision after Måneskin’s win, but I didn’t think one would come from Italy again! I like the messaging of the song in “Specchio (Mirror on the Wall)” quite a lot, and it feels like a more mature theme than would be expected in JESC. Elisabetta does a good job, but I wish her vocals were stronger to power through the song and she seems capable of doing so. Pretty good song overall though!”

William – 8.5 – “I’m happy to see genre diversity like this making its way into the contest. In the wrong hands, this song could come across a bit rock star dress up, but Elisabetta has the swagger to back it up. She seems rad. I’m interested to see how Italy handles the staging. It’s going to be a delicate balance between showcasing the song’s edge and keeping the performance palatable for a younger audience. I would not be surprised at all to see Italy become the first country to win Eurovision and Junior Eurovision in the same year. Rock ‘n Roll never dies!”

Cruising into the lead, Italy’s Elisabetta Lizza comes in with a scorching average of 8.563. To readers, ESC United’s sleeping on Italy at Eurovision 2021 has made ESC United somewhat infamous, but these writers don’t want to be caught napping on a potential teen rock phenomenon. Again.

Nine countries in, here are our current rankings based on editor scores:

Do #YOU think Italy can do the first ever Eurovision and Junior Eurovision double in a calendar year? Let us know in the comments below, on social media, or in our forum.