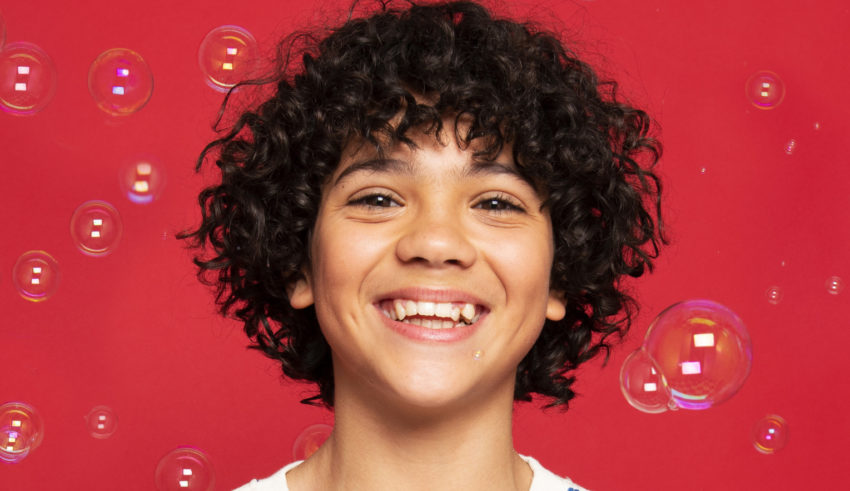 It’s 7 days to go until Junior Eurovision 2021, and we are counting down the 19 nations participating in Paris on Sunday, December 19, 2021.

Today we take a look at France, a country that came in from the cold in 2018 and excelled, set the Internet on fire in 2019, and finally got the win with their imaginative 2020 entry.

2021 is only France’s fifth tilt at Junior Eurovision, despite it feeling like they’ve been dominating the contest forever. They debuted in 2004 with Thomas Pontier’s “Si on voulait bien,” came in 6th, and then vanished.

Until 2018. And when they came back, they meant business, coming in 2nd with Angelina’s “Jamais Sans Toi.” How does a country that seems to half-ass it at the senior version suddenly come out of the blue and decide to go full murder-dozer on the competition at Junior Eurovision 2018?

Though Carla’s “Bim bam toi” only came in 5th at Junior Eurovision 2019, it went on to become a huge viral hit in France after the contest. In December 2019, Juju Fitcats laid down a “Bim bam toi” challenge on TikTok, where users upload videos of themselves lip-synching to the song. As of time of publication, “Bim bam toi” is also the most watched Junior Eurovision video of all time with 94 million views (winner Viki Gabor’s “Superhero,” by comparison, comes in with 23 million), overtaking Roksana Wegiel’s 2018 winner “Anyone I Want to Be.”

Angelina and Carla provided Junior Eurovision classics that will be fondly remembered above a lot of winners. However, they did not provide the win for France. Step forward Valentina and her whimsical number “J’Imagine,” written by Barbara Pravi, who came in 2nd at Eurovision 2021. Though Kazakhstan’s Karakat Bashanova won the jury vote, Valentina crushed the fan vote and stormed into 1st, giving France their first victory at Junior Eurovision.

You get the sense France has got the Junior Eurovision social media game down pat. And with much fan fare, Enzo was revealed to the public with his catchy not-at-all subtle number “Tic Tac.” I wonder where they are hinting his fans show off their dance moves?

Henzo Hilaire was born on November 26, 2008. On a traditional Junior Eurovision cycle, that meant he would have been performing two days after his birthday instead of the week before Christmas.

He was born in Yvelines, and with his father being an airline pilot, he has grown up variously in Paris, Hong Kong, and Macau.

Like many of his fellow contestants, Enzo is a graduate of his country’s version of The Voice Kids. His instrument of choice is the guitar, and he has a YouTube channel where he posts cover songs.

As is becoming traditional for France at Junior Eurovision, songwriters and musicians you would not expect to be writers of whimsical French kids songs end up writing their entry. This time, it’s French indie musicians Alban Lico and Lea Ivanne who are credited as songwriters for “Tic Tac.”

The lyrics are aimed at kids – enjoy the moment being a kid before the mechanization of adulthood sets in. France won Junior Eurovision on a theme of whimsy, and evidently they are defending their title by doubling down on it.

Connor – 8.5 – “Once again, France gets the assignment right with a song that is modern and fresh, but also connects with the artist. And most importantly it’s catchy, memorable and will likely inspire yet another TikTok dance challenge in the future. I won’t be shocked to see this in the top 5, presuming that Enzo can carry the vocals live in the same way he does in the music video. A standout effort that’s been on my playlist since it’s release.”

James – 9 – “Christ above, as an Englishman who relishes complaining about the French, I have to come on here for a fourth year in a row and say that the French entry does exactly what we want from a Junior Eurovision entry. “Tic Tac” is whimsical, even if you could accuse it of being aimed at a certain social media company the kids love. And for the fourth year in a row, France has presented a charismatic artist with a catchy chorus and dance number, and if this doesn’t land in the top three, I will top my fish and chips with escargot and put brie in my chip butty.”

Melanie – 9 – “I just love the way France do Junior Eurovision. This is what I want when I watch the contest: Bubblywobbly joyful childfriendly pop song. This is just an overload of cuteness, that I think I’m going to die. Jokes aside, Enzo is such a charismatic performer, the song is very very catchy and the choreo is a potential TikTok-hit. If Enzo can can keep the joy of the music video alive in the performance, I can see France doing a double this year.”

Roy – 8.5 – “France can easily go back-to-back with this entry! It is insanely fun and very well put together by the French delegation. Enzo’s voice sounds really good too. I applaud France for their efforts ever since they came back. They took a concept and completely stuck with it to it’s fullest. They are always energetic and loads of fun too. Enzo can already be proud of his song and I am pretty sure France will steamroll towards at least a top 5 finish and I wouldn’t be surprised if he won either!”

Stefan – 9.5 – “France is playing a serious game with this song. Enzo is full of positive energy and both the viewers and juries will see it and feel it. The song is pure image of what Junior Eurovision should be. I wouldn’t be surprised if France wins again as the song does have winning potential.”

Tyler – 7.5 – “”Tic Tac” is a pretty enjoyable song overall. I quite like the instrumentation and the lyrics are enjoyable. Enzo performs the song well and I think this entry will do very well for the host country. That being said, this feels like a carbon copy of “Bim Bam Toi” back in 2019, so while I enjoy this song, it also feels unoriginal at the same time. The song is still quite fun though so it isn’t a complete punishment to try to catch lightning in a bottle again.”

William – 7.5 – “France has cracked the code. With ‘Bim Bam Toi’ currently sitting as the most watched Junior Eurovision entry of all time and Valentina wrapping up her ‘J’imagine’ victory tour, it’s clear that France’s brand of Technicolor effervescence is serving the country well. ‘Tic Tac’ is no different. It’s upbeat and cheerful. Enzo is shimmering with star power. My only question: Is it TOO on the nose? Is it a little TOO slick, a little TOO similar to what France has been sending lately? Hard to say, but this should have no problem placing extremely well. France could even win again.”

France is a hair below Armenia in our overall rankings, coming in at an impressive 8.375 point average. The difference? A couple writers think Armenia’s more free-spirited and France’s more calculating. Still, based on ESC United’s track record, it’s usually an above 8 average that is not the ESC United winner that actually wins Junior Eurovision, so a good omen here for Enzo.

Five countries in, here are our current rankings based on editor scores:

What do #YOU think of Enzo’s “Tic Tac”? Do #YOU think it’s whimsical, or too calculating? Let us know in the comments below, on social media, or in our forum.