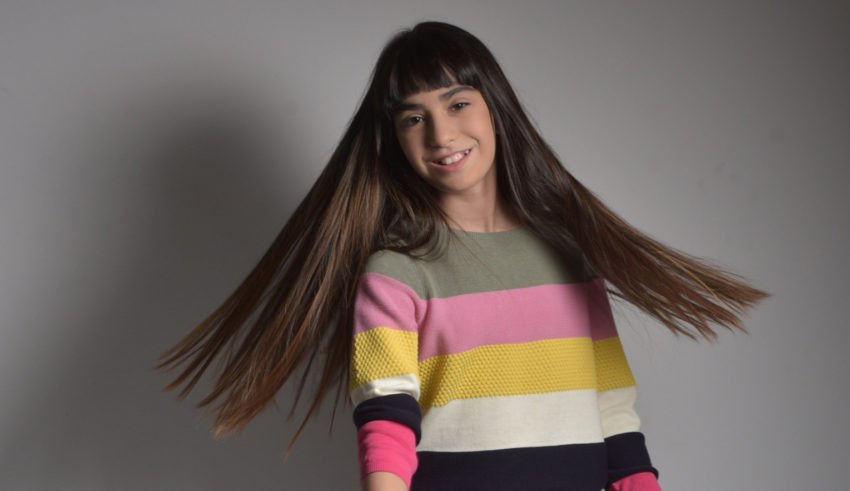 It’s 9 days to go until Junior Eurovision 2020, and we are counting down the 12 nations participating in this year’s remotely held and Warsaw, Poland hosted contest on Sunday, November 29, 2020.

Georgia will appear for a 13th consecutive time since their debut in 2007. With three victories, Georgia has the most wins at Junior Eurovision. Their first victory was the group Bzikebi with “Bzz…”

Georgia also have two second place finishes in 2012 and 2017. Unfortunately, Giorgi Rostiashvili came in 14th in 2019 with the David Evgenidze penned “We Need Love,” Georgia’s lowest ever finish at JESC. While the song had its ardent fans (Editor-in-Chief Sean Tarbuck and Writer James Maude both gave it a 9 in our review last year), most seemed to express a sentiment of “what in the world is this?,” with many blaming Evgenidze for sending a strange, out of touch composition to a kids’ contest.

For the third year running, it was trial by Ranina for ten young Georgian hopefuls. For all of Ranina’s nationalism and making the kids lead Shavnabada and The Quintessence – two Georgian staples of Ranina – it was really in one of the English language tours that the clear winner of Ranina would emerge.

In 2019, when you heard Rostiashvili perform “Moon River,” you knew he was going to win. Similarly, Sandra Gadelia stunned with her take on Elton John’s “Goodbye Yellow Brick Road.”

Georgia prides itself on sending oddballs to Eurovision, and it’s no different for the kids. The 10-year-old from Tbilisi is like her Eurovision 2020 counterpart in Tornike Kipiani someone who hoovers up influences from the classical to the alternative to create her own signature style. And if there is one JESC kid with a signature style this year, it’s going to be Gadelia.

Gadelia will present “You Are Not Alone” at Junior Eurovision 2020. And Georgia fans were ecstatic when they found out who composed the song: Giorgi Kukhianidze. He composed “Bzzz,” “Candy Music,” and “Mzeo.”

Yes, Kukhianidze is behind all three of Georgia’s past winners at Junior Eurovision, and it is a low-key statement of intent that they brought him back for 2020.

The lyrics, mostly in Georgian but with parts in English, are by Temo Sajaia.

Connor – 10 – “My goodness, every time Georgia sends a female to JESC they have a perfect entry. Georgia has snuck in at the last moment to really shake up the competition and slide into consideration for the crown. I can see this having a very powerful staging and LED screen behind it, and if Sandra manages to pull the vocal off perfectly this could beat out the fan favorites of Poland, Spain, and Kazakhstan. I also love the harmonies hidden throughout the song, there are some super powerful chords in the piano part that really drive home the message of hope, positivity, and feeling safe. It’s so uplifting and radiant, which is something we need during these times. And it has a key-change what more do you need???”

Daniel – 9 – “I love the English and Georgian bouncing, it is a beautiful ballad that has an interesting syncopation. It also progresses in a way that captures your attention swiftly especially with those ethnic moments that bleed into a modern beat. Those notes will be outstanding if she nails them. This has a tone of empowerment and growth that makes it impossible to hate. I have seriously high hopes for this song.”

James – 10 – “The only quandary I have with this song is whether or not the composition is better than Sandra’s competitor from the other side of the Caspian Sea! “You Are Not Alone” edges Karakat’s ballad slightly, with several touches of whimsy the differentiating factor between two piano driven ballads. The operatic flourishes and key change stand out, but there’s a lot of details within that pop when you give it a another listen. Of the twelve entries, this is the one that sticks with me the most. Sandra’s belting of the chorus remains in my mind hours afterwards, and dare I say after half a dozen listens, this song is what it means to be a JESC masterpiece. Bravo!”

Melanie – 6 – “While it’s hard to be the first, it’s also very hard to be the last one! Especially when the show itself is just around the corner. So I really still have to grow in this song, while I already have listen to the other songs like a thousand time. Luckily this isn’t a problem at all at the Junior Eurovision Song Contest, because most watchers will hear the song for the very first time at the show. Sandra has an amazing voice and the piano really compliments it. I really love the instrumentals after the first chorus, that gives the ballad a kind of mesmerizing vibe. I’m just missing some kind of structure in the song. Now it just feels sometimes all over the place. But overall a great ballad of Georgia.”

Roy – 9 – “Ooh my beautiful snowflake Georgia! Boy, do you like to be eccentric and I absolutely love you for that. This song is a phenomenal piece that stands out in so many aspects. They added so many intricate little details that they scattered throughout the entire composition. All the time there are multiple elements happening at the same time. This makes for such a lovely listening experience in which you can focus on so many different things. Meanwhile they absolutely make Sandra’s voice shine and stand out so much. My only small issues are in the middle part just before Sandra belts it out. That part is a little weak compared to the rest of the song and I am not necessarily the biggest fan of how the song ends either. I am also unsure how well it could do, but it is an amazing piece and I thank Georgia for giving us this!”

Sean – 6 – “Now this is interesting! The operatic elements of this song work well and it’s an enchanting piece of music, although in parts it sounds messy and there’s a lot to take in here. Has major potential to blossom on the stage so will be interesting to see how this does on the night!”

ESC United’s USA based crew gave it a whopping 29 points between three writers (Average = 9.66), but ESC United’s Europe crew gave it 21 at an average of 7, resulting in Georgia taking the lead with a stunning 8.33 average.

Tomorrow, we will head to Germany, the last of the adult version’s Big Five to have finally entered the Junior version.

Do #YOU think Georgia can grab an unprecedented 4th victory? Or are #YOU alone in thinking otherwise? Let us know in the comments below, on social media, or in our forum.