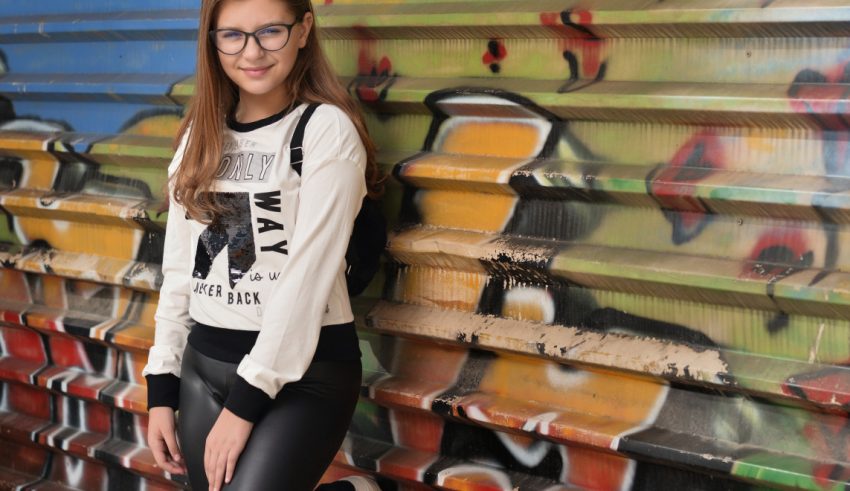 It’s 19 days to go until Junior Eurovision 2019, and we are counting down the 19 nations who are participating in Gliwice-Silesia on Sunday, November 24, 2019.

To say Albania’s form at Junior Eurovision since their debut in 2012 has been disappointing is an understatement. Albania has only been in the top half once with Mishela Rapo’s “Dambaje” placing 5th in 2015. After their debut effort in 2012 came in last (Igzidora Gjeta’s “”Kam një këngë vetëm për ju”), they skipped 2013 and 2014. Gjeta’s song title translated to “I’ve got a song just for you,” but sadly there were not many takers. Since 2016, it’s been 13th, 13th, and 17th.

The winner, Isea Çili, emerged victorious over 17 other young aspiring performers in the jury determined contest. I have tried to find links to all songs performed, but bear in mind the quality may differ due to different sources (i.e. which kid’s dad knew how to record and upload performances the best). As with the senior version of the contest, checking out these videos give you so much insight into Albania’s state of mind at the time, for better or for worse. And please do give a few of these a listen, as I am guessing from some view counts as low as 3 at the time of writing, ESC United is the only website to have linked to these videos. So “EXCLUSIVE!” to us, right? (Thank you YouTuber x sasanka for organizing these videos and making them easy for non-Albanians to find.)

These were the artists and songs in the order of draw at the final held at the Amphitheater of the Lake Park in Tirana. Links to YouTube embedded in song titles below:

3.) Noel Hoxholli – “Jam Shqiptar e Bij Shqiptari” (I am Albanian and the son of an Albanian)

So if you watched the 18 videos above, it was clear that Isea Çili’s performance was a cut above some of the rest. Born on September 13, 2007, Çili broke out in Albania earlier this year by appearing on The Voice Kids of Albania, taking on covers of Demi Lovato and Beyonce songs. She is an active presence on social media, and as a young performer is being professionally managed.

Okay, let’s float to the song…

“Mikja Ime Fëmijëria” (My childhood friend) is a song about putting childhood in the rearview mirror. “It is a soft pop ballad dedicated to the beautiful childhood memories that define us,” she told junioreurovision.tv.

Boris – 4 – “”Besoj” set a standard for FiK ballads in JESC. Sadly, this song does not meet them.”

Connor – 10 – “What a change to go from “Barbie” to “Mikja Ime Femijeri” in one year but honestly, WINNER ALERT. This has a ton of potential to really pull the rug out from other contestants with just her voice. She’s got true power in that voice, and this track is perfectly arranged to really convey the lyrics that she’s singing about. This is honestly the dark horse of 2019. Also the fact that she has perfect pitch throughout the entire performance….what a talent Albania found!”

Daniel – 6 – “A beautiful ballad by Isea and Albania with both modern and traditional elements. While at times rather conventional, she does make the song her own and I can sense the level of passion infused. I hope she does well, but the ballad needs to be sustained by a stellar presentation and staging.”

James – 8 – “This is remarkably melancholic for a kids’s song. A young girl singing about the joys and bright colors of childhood in the past tense is a bit odd, and may have worked better if the singer was a middle-aged singer? To the positives, Çili is a powerful singer and a slower, rueful ballad such as this will stand out. The composition and arrangement is simple yet intricate at the same time as well as thoughtful, and rightfully avoids the “where’s mah obvious hook?” that is a trap for bad Eurovision ballads. I have my doubts this will do the business in Gliwice, but I do enjoy it.”

Melanie – 6.5 – “Albania is sending a very dreamy ballad with a great young singer. You really have the feeling that Isea feels every word that she’s singing and is really good in sending her message to the audience. I dont’ speak any word Albanian, but I feel her emotions. Anyhow, I have the feeling that the focus is too much on the chorus in this song that I’m missing a WOW moment. And in this kinda songs, I really need it. Albanians please give Isea a great and dreamy staging, otherwise I’m afraid that it won’t do well.”

Roy – 8.5 – “I absolutely adore this song and I had a tough time pin-pointing why that was at first. I am usually not a fan at all of simple and basic melodies and chord progressions. Musically this song is kind of just copy-paste with 1 instrument added each time the chords play again. So I should dislike this song, yet I absolutely love this. The sole reason why I do is because Isea and because of the lyrics. With these kind of simple songs you can really let a foreign language shine. I feel like this song shows how magical and incredible the Albanian language can be. This just comes down to correct usage of words. They made sure the right sound of words were used and Isea guides us along the way. This makes the entire song kind of magical and dreamy. If they nail the staging with this song then this song could reach way higher than a lot of people rate it at this point.”

Sean – 7 – “This is a lovely little ballad with an emotive, powerful delivery. Isea has a great voice and the gorgeous visuals for this performance really enhance the whole mood and package. There aren’t really many dramatic moments but not every Balkan ballad has to be blood and thunder.”

Stefan – 5 – “So the crowd is cheering for her and filming her from outside, while she’s in an empty studio? Guess they didn’t have money for a real video and they also had to use shots from the national final. The song itself is just ok and she looks like she has trouble singing it. Maybe it’s too much for her?”

“Mikja Ime Fëmijëria” earns a total of 55 points, which comes in at a respectable average of 6.875. We will begin ranking them as more countries come out, but with one perfect score and nothing under 4 from our diverse group of editors, Albania kicks off our series in fine fashion.

What do #YOU think of “Mikja Ime Fëmijëria”? How do #YOU feel this stacks up against the competition? Let us know in the comments below, in our forum, or on social media!