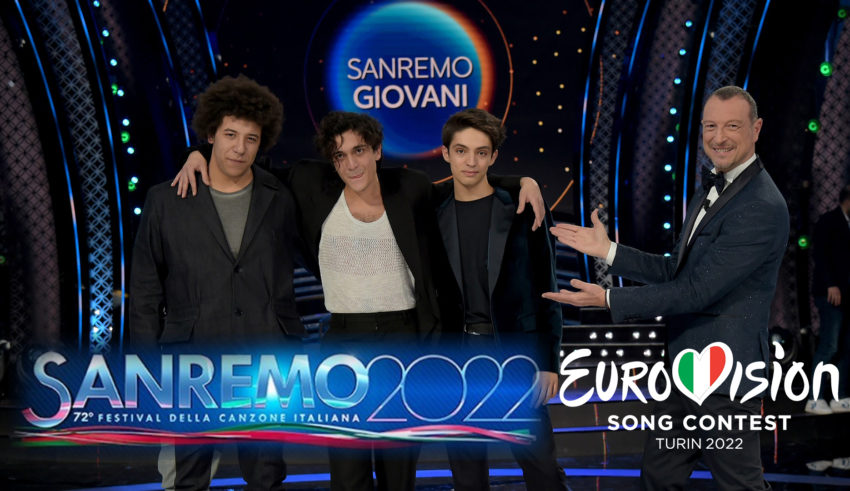 Last night, Sanremo took place, but not the Sanremo. Instead, it was Sanremo Giovani that took place, which featured a total of 12 newcomers, and a few of them are now set to join the real deal in February 2022.

Sometime last month, it was revealed that 12 acts would compete to participate in Sanremo Giovani, these were the following twelve acts who competed last night:

A small change was however made since last month, with originally the top 2 acts of the night, were the ones that would be given a chance to compete at Sanremo 2022, but instead it became 3 acts. Out of the 12 acts, the following 3 will now advance to the big festival:

An important note, would be that the 3 lucky winners will NOT take part in Sanremo 2022 with the songs they competed with last night, but will instead sing 3 different songs, which brings us to all the remaining acts that will compete in February 2022.

About two weeks ago, it was also revealed who the pre-qualified acts would be for Sanremo 2022, but other than revealing the winners of Sanremo Giovani, song titles were also revealed for every participant that will sing when the national festival takes place between the 1st and 5th of February 2022.

This will be the complete line-up, with songs being revealed at a later stage, closing up towards Sanremo 2022:

A total of 25 acts will now sing over the 5 nights in order to win the grand prize of the golden lion, and potentially the chance of representing Italy on home field at the Eurovision Song Contest in Turin. All 25 acts will be asked at a later point, whether they wish to accept the offer of representing Italy, in case any of them should come out as the big winner on the 5th of February 2022.

Now that we have the full line-up ready for Sanremo 2022, who are #YOU looking most forward to see, and how high do #YOU think the expectation is? Drop by our forum HERE or our social media sites and tell us what #YOU think.