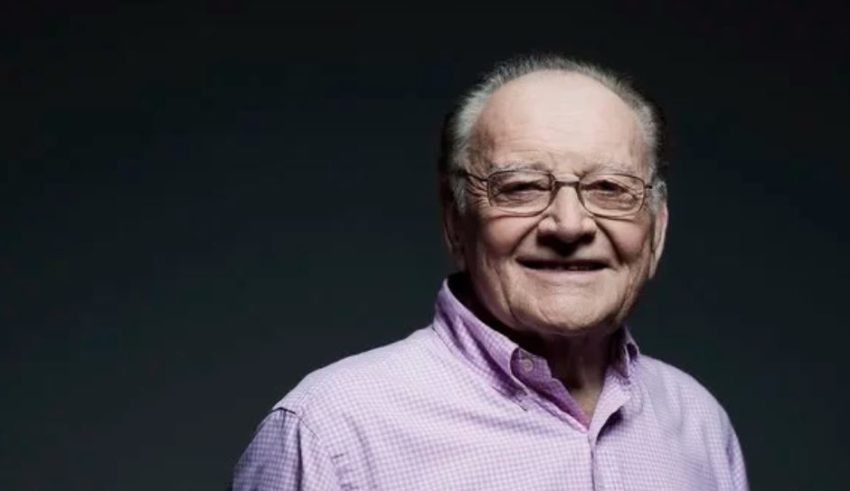 With great sadness RTÉ has announced the death of Larry Gogan. More on @morningireland now. pic.twitter.com/mbM8lROJ51

RTE 2fm’s Head of Music Content shared Gogan’s playlist from that final broadcast as a tribute to Gogan and as an example of his taste in pop music over the years that endeared him to fans across Ireland, including Irish rock staples such as U2’s “New Year’s Day” and Thin Lizzy’s “Whiskey in the Jar,” as well as pop favorites such as ABBA’s “Dancing Queen.”

Gogan married his teenage sweetheart Florrie Duffy in 1963 and together they had five kids (Gerard, Orla, David, Gráinne and Sinéad). Both Gogan and Duffy had fathers who owned newsagents in North Dublin.

Gogan was well known for his warm, upbeat and unassuming personality. Irish rock journalist Dave Fanning referred to Gogan’s voice as being as smooth as a billiard ball.

Irish musicians and personalities came out in force to pay tribute to this mainstay of Irish radio and television. Singer-songwriter Imelda May praised him for being a champion of Irish music, and in response to her tweet, singer-songwriter Gary Dunne said that “Larry heard I was in for a session and came to find me to tell me my debut single was great and I was great for making it. Pure kindness and love for music.”

Very sad to hear of Larry Gogans death. He was a wonderful champion of Irish music. Mine included. I’m glad I had the chance to thank him for all he did. My heartfelt condolences to his family. #ripLarryGogan

U2 drummer Larry Mullen, Jr. also posted a heartfelt message about Gogan’s personal influence on his life.  “This is personal – not professional. And so to Larry. Sadly we lost you today….but the next time I promise you Larry I’ll come and find you on the other side. Larry.”

Our thoughts and prayers go out to Gogan’s family, friends and colleagues at this difficult time.

Do #YOU have any fond memories of Larry Gogan at either Eurovision or from his radio shows? Let us know in the comments below, in our forum, or on social media.