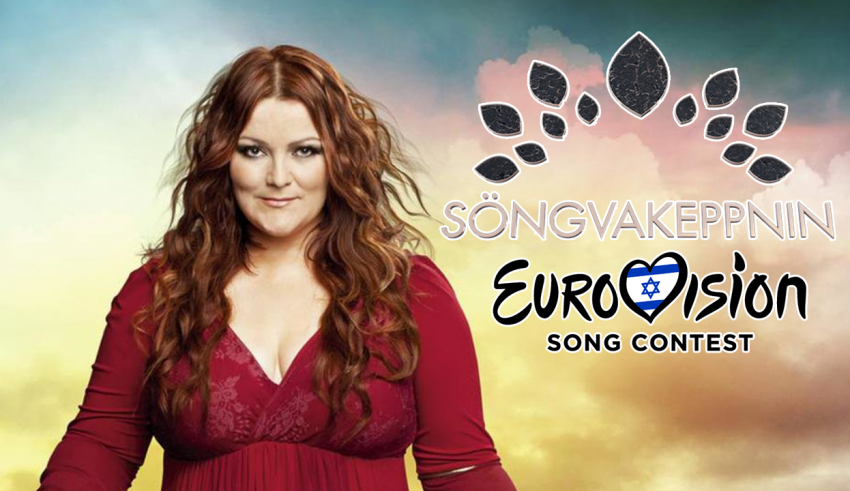 It hasn’t really gone Iceland’s way these last couple of years, failing to qualify to the final every year since 2014, so hopefully these changes will change that.

Broadcaster RÚV was set to present the 10 acts that would take part in this years edition of Söngvakeppnin 2019 later today, but due to a leak of the news we already have the 10 names!

Without further ado, let’s jump into the list of the 10 acts that will compete, and then look at what’s in store for us for this year’s competition.

These are the 10 names for the Icelandic national final (Alphabetical order):

On the list we find 2 former Eurovision names taking part. That is Friðrik Ómar who represented Iceland back in 2008, alongside with Regína Ósk. Together, they formed Euroband, and they represent the northern nation back then with the song “This Is My Life“. Both have also been backing vocals for Iceland at other occasions as well.

The other name is Hera Björk who represented Iceland back in 2010, with the song “Je Ne Sais Quoi“. She has also been a backing vocal for Iceland at other occasions as well, and even competed in the Danish national final in 2009.

Now, looking at the format of this years Icelandic national final. This years competition will, as mentioned in the beginning, feature 10 acts. There will be 2 semi-finals with 5 songs in each semi-final, and the top 2 will then qualify to the final, decided by a combined televote and jury vote.

RÚV, if they wish, might hand out a wildcard to one of the acts that originally doesn’t qualify, so the final will either feature 4 or 5 acts.

In the final, the 4 or 5 songs will compete in 2 rounds, where the top 2 will move into a super-final along with all the votes they’ve gathered from the first round. The final will also be decided by the televote and a jury vote.

The semi-final shows are set to take place on the 9th and the 16th of February, while the final will be on the 2nd of March.

Ari Ólafsson who represented the country last year, will also be performing alongside with another big Eurovision name from the past.

Do #YOU think that Iceland will finally return to the final this year and what do #YOU think about these small changes for the national final?