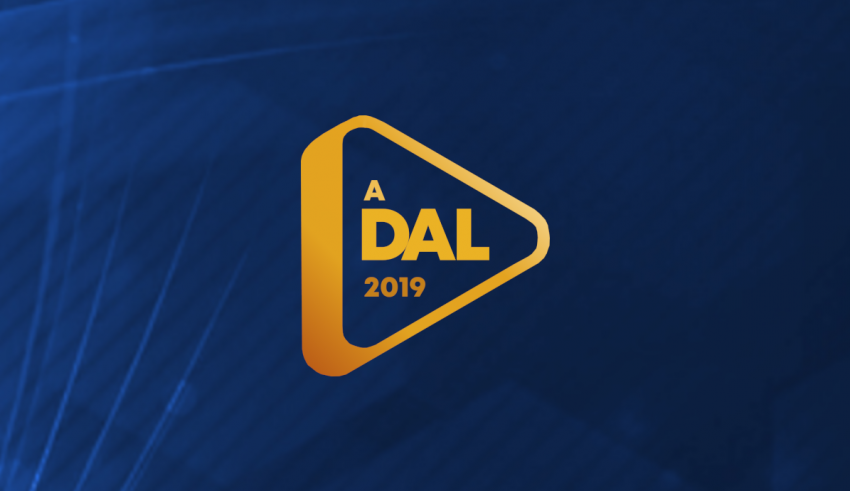 Tonight sees Hungary’s third heat take place as the semi-finalists of A Dal 2019 are confirmed. Ten more acts will participate in tonight’s selection show with six of the songs reaching the next round. Which acts did our editor James enjoy, and who does he think should go through? Let’s find out…

James – 5 – “A very simple, yet pleasant piano ballad about growing up. There’s a wistfulness to it, and an almost child-like quality to the vocal delivery. But the song is more of a mood piece and lacks a memorable chorus like Seemone’s “Tous les deux” over in France’s national selection. It lacks impact, and once the three minutes are over the song is gone forever.”

James – 8 – “Joci Papai, who represented Hungary in 2017 and placed 8th, is back with a different song. “Origo” had some violin and rapping, whereas he strips back in “Az en apam” to a simpler acoustic guitar ballad, with some small flourishes added as the song progresses. That is not a bad thing, as “Origo” was a little messy and more of a smorgasbord of his style rather than a coherent song. “Az en apam” is tighter, better, and in making it simpler it allows his voice to shine. He is a confident artist who, despite a strong finish at Eurovision 2017, is still learning and improving his craft. You don’t begrudge a returnee if he’s grown as an artist from his first time.”

James – 5 – “I thought she looked familiar! It’s Kyra, who was back-up vocalist for Andras Kallay-Saunders’s “Running” back at Eurovision 2014. Songwise, it’s a downtempo hip hop influenced number, but the dancing, a “battle” between two sparring lovers, had me thinking of “Running” and where I’d seen Kyra. Now Kyra’s got a good voice, but she’s be served better with a more unique song like Kallay-Saunders’s more interesting tempo shifting brand. Kyra is working hard with a song that gives her little to work with.”

James – 9 – “After the first change from Leander Rising to Leander Kills, I half expected Leander to be on Leander Annihilates or Leander Resurrects by now. This song, though, is a change of pace from his usual Hungarian folk influenced metal, this acoustic folk rocker is better than his metal output. Way better. He’s not incorporating djent clumsily like he did last year. As with Joci, Leander’s another artist who’s decided to strip down his sound, let his voice shine and highlight the Hungarian folk elements in his sound rather than tack them on. In a year of many comebacks at A Dal 2019, I’d have to say Leander Kills is the Most Improved.”

James – 8 – “This sounds like one of those gentle James Iha penned acoustic ballads The Smashing Pumpkins tacked on to “Mellon Collie and the Infinite Sadness.” But wait! Halfway through, they add drums and bass on top of the acoustic guitar, piano and violin and surprise us. But it’s not a jarring one, as the extra layer starts tying back to the first two verses. The lead vocalist reminds me of The Connells’s lead singer Doug MacMillan, and if I was to make a suggestion should they make it out of A Dal 2019, I’d suggest they translate their lyrics into English as even in the word salad of a Google Translate they could draw a lot of attention with their “live in the moment as time passes us by” sentiment.”

James – 5 – “The distortion on the electric guitar is jarring when the chorus launches and drowns everything out. I hope this is not the final version as it has an unfinished quality to it. The elements are there for a powerful pop rock ballad but not in its current state. I also can’t tell what they’re trying to accomplish such is the lack of focus here. Monyo Project has a good vocalist, but the chorus only has “Run Baby Run” as lyrics and the verses make as much sense as Nirvana’s. I’d put my money on them being hipsters shooting for something novel for the sake of it and not succeeding.”

Petruska – Help Me Out Of Here

James – 7 – “Petruska is clearly a fan of Paul Simon’s “Graceland.” It is catchy, though I hope they don’t recreate the urinal bit at the end of the video in the staging. It is odd to have bass you’d normally hear on “Graceland” or a Johnny Clegg album in A Dal 2019. Lyrically though, this song is the mirror of “Boy in the Bubble” from “Graceland.” No longer are these the days of miracle and wonder, but a Maroon 5-esque “Whooooooo” lead into the chorus about a post-apocalyptic world.”

James – 7 – “If they use the typewriter in the staging like they did in the video, Ruby had better brace for some eye-rolling. Otherwise, it’s a pleasant enough indie-soul song. Something a little different for A Dal 2019. However, translate the lyrics and you’ve got a more sexually charged song than the video lets on. “Forro” translates to “Hot,” but they’re playing this too cool for school. Eurovision prefers the PG-13 version of Cazwell. No subtlety, say what you mean, and if you’re going to go the sexy route, then none of this hanging around a coffee shop business when Eurovision’s an audience that likes to meet our performers at the ice cream truck.”

James – 8 – “Straddling the nu-metal / alternative metal line is Salvus, and the best metal band at A Dal 2019 (Leander Kills non-metal-better-than-their-usual-metal aside). In the vein of a Godsmack or Saliva, “Barat” brings to mind the smell of chicken wings and Bud Light at a biker bar in California’s Inland Empire in 2005, where the only people more dangerous than the clientele are the staff. And I listened to a couple of other Salvus cuts and I commend them for not tempering their act for A Dal 2019. “Barat” is representative of their sound. Sure, it’s a little dated, but who doesn’t want chicken wings and Bud Light in Tel Aviv in May?”

James – 7 – “I’ve been harsh on rap at Eurovision national selections, but I can’t really fault the technique of these two Romanian lads. Problem is you can’t win on flow alone and people at Eurovision will need a sense of what you’re rapping about. Non-English can win handily, even with simple staging, but in a genre where the flow and content of lyrics need to be on point, they could have an uphill battle being in a divisive genre as well (the other divisive genre, metal, at least has instrumentation to fall back on).”

Do #YOU agree with James’ thoughts on the songs? Let us know!

Who do #YOU want to represent Hungary in 2019? Share your thoughts with us on our forum HERE or join the discussion below and on social media!