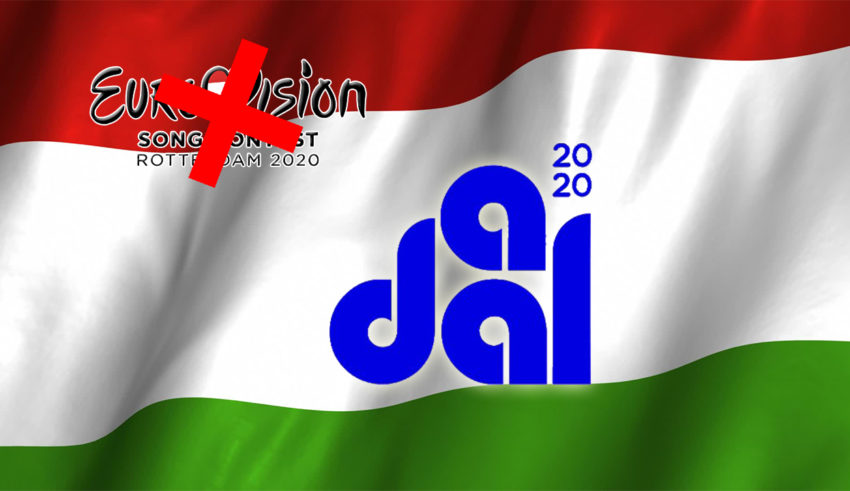 They might be out for 2020, but doesn’t mean that they no longer are part of the family. Yesterday, the full line-up of the former Hungarian national final, A Dal 2020 was revealed to the public, and despite the withdrawal from the contest, we actually still see a lot of familiar names.

Unless you’ve been living under a rock within the community, then we all know by now that Hungary will NOT participate in Rotterdam (In case you still hope for it, just give it up, cause at this point it’s too late). Many people questioned Hungary’s participation when the new rules were released, which stated that songs released after the 1st of March 2019 could participate, which clearly goes against the EBU’s rules that says 1st of September 2019, and the entire withdrawal was pretty much confirmed by the EBU when they released the full list of participants about a month ago.

Anyhow, what we’re going to do instead, is see who could’ve been the Hungarian representative for 2020, who is participating and if they even could participate in case they win A Dal 2020.

Other than the change to the rule of when songs can have been released, then there is not much that has changed. In total 30 acts will compete across 6 shows between February 1st and March 7th 2020 and all songs must be in Hungarian. If you have been watching A Dal in the past, then it should all work out the same way.

First off, let’s look at who is participating in the 2020 edition, and should you be interested, you can listen to all the songs right here.

When it comes down to the 30 acts that are participating, it would seems that most of them are actually household names in Hungary, who already have successful music careers, considering that the grand price of winning the competition includes a financial boost, promotion on Radio Petőfi and the opportunity to perform at some of the greatest Hungarian music festivals. This is without a doubt a fantastic prize for the more less known act, but also a great push back into the music scene for even the more known act.

It has to be mentioned, that out of the 30 songs taking part, not all songs have actually been released fully yet. On the official website for A Dal 2020, snippets of each song has been released, should you be interested in listening to the songs in full, then a quick search on Youtube will actually show that most of the fully released songs, were just released a few days ago. Yet, there are songs above that are marked in red, because these songs are fully released, but were released before the 1st of September 2019. This means, should one of these 3 songs win, neither of them would’ve been eligible to represent Hungary at the Eurovision Song Contest 2020, had Hungary decided to participate.

Of all the names that appear on the list of participants, the one that stands out the most, would without a doubt be Kati Wolf (listed as Wolf Kati above) who represented Hungary in 2011 with the song “What about my dreams“.

Finally, we have the participants, who has competed in A Dal previously. Kati Wolf is among one of these acts herself, since she technically never won A Dal, but was internally selected in 2011. A Dal first launched in 2012, and the first winners were Compact Disco.

The there is Berkes Olivér, Fatal Error, Heincz Gábor, Attila Kökény, MDC, Pál Dénes, Rácz Gergõ & Takácz Nikolas who all also have been participated in A Dal in the past, some of them even multiple times, and even Nagy Bogi who reached the Super-final of A Dal 2019 is also back. (I probably missed a few names, but feel free to share any additional missed names or any interesting detail for that matter.)

Racz Gergõ apparently also represented Hungary at the Eurovision Song Contest in the past, back in 1997 as part of the band V.I.P. with the song “Miért kell, hogy elmenj?“.

Earlier this year(only a few days left of 2019 now), Joci Pápai became the first singer to win A Dal twice and with that had the opportunity to represent Hungary for a second time. Sadly, he also became the first Hungarian representative to be selected through A Dal, who failed to qualify to the grand final of the Eurovision Song Contest. The reasoning behind Hungary’s withdrawal is still unknown, but many still suspects that it’s due to the disappointing result in Tel-Aviv this year. “Az én apám” finished with a combined score of 97 points, finishing 12th in the first semi-final.

Despite Hungary not taking part in 2020, do #YOU want us to cover the competition anyway and what do #YOU think about the potential songs in A Dal 2020. As always, we always want to hear from #YOU on our forum right HERE or on our social media sites.