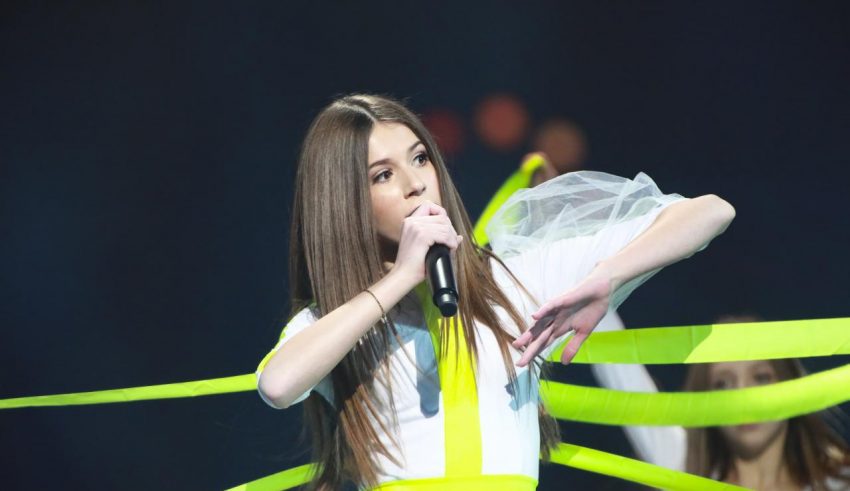 In late November, Poland emerged victorious at the 2018 Junior Eurovision Song Contest (JESC), and this week it was confirmed they will host in 2019. Many congrats are due for Poland. However, two weeks later, my lasting impression is not in regards to Poland’s victory, but rather how obvious it is that JESC has lost its identity.

Once upon a time, JESC showcased the multi-faceted talents of youth.  Before 2010, not only did the performers have to be children, but so did the songwriters. Now, we have a winning song written by adults that was previously turned down by the likes of Iggy Azalea and Rita Ora. The song’s success at JESC 2018 was dependent on Roksana being able to sell it.  But knowing the original intentions of the song has caused me to second-guess how much of an anthem it really was meant to be for youth.

And that is my concern for JESC. It has evolved into a show that lines up children to sing song after song with lyrics that may be far too much older than their age and maturity.  It is more “Eurovision” than it is “Junior.”  I do feel like this year had its fair share of songs that I felt like captured youth perfectly (Ireland and Armenia).  And granted, for the rest of the lot, I know not the whole lived experience that each performer has lived.  But as noted multiple times in my juror reviews for this year’s set of entries, “a lot of these acts seem to either try too hard to sound too adult…and it comes off a bit fake and posed.”

The head of entertainment for DR (Danmarks Radio), Jan Lagermand Lundme, seems likely to agree, previously stating, “The values that we put in Denmark in a program for children do not match the values of the Junior Eurovision Song Contest… It seems that the children are on stage and play adults instead of acting as children, and we think that is fundamentally wrong. Children must be children”.

It is true that modern JESC has provided us many gems (such as Bulgaria 2014).  But, gone are the days of the old.  We will never see a song such as Georgia’s winning entry in 2008. Rather, we will see the slick production of its winners from 2011 and 2016.

Still, I have to question whether or not this is necessarily a bad thing.  Is there more awareness of the world in the eyes of today’s youth than previous generations?  Further, I am particularly torn when I consider my role as a viewer.  The reason that I have watched JESC has shifted from mere curiosity to actually enjoying the whole show, from the staging to the exciting voting structure, and I’ll admit, liking a couple of the songs each year.  And to be completely transparent, I am a bit of a hypocrite. In my reviews, I gave the highest marks to Kazakhstan and Belarus, songs that one could argue were too mature for the singers given to them.

Perhaps, at the cost for the loss of identity comes the potential to cast a wider net for viewership. This year’s edition had the largest number of participants, and I would guess that with the addition of more countries comes a viewership that will exceed last year’s viewership of 2.6 million.  Mind you that this number pales in comparison to the 3.9 million viewership from 2016 and the 186 million viewership of the 2018 (Adult) Eurovision Song Contest.

Only time will tell what the future of JESC holds.  I myself find myself regressing back to my original reasons for watching – curiosity, this time for how countries deal with young children singing about big, perhaps more mature, issues.