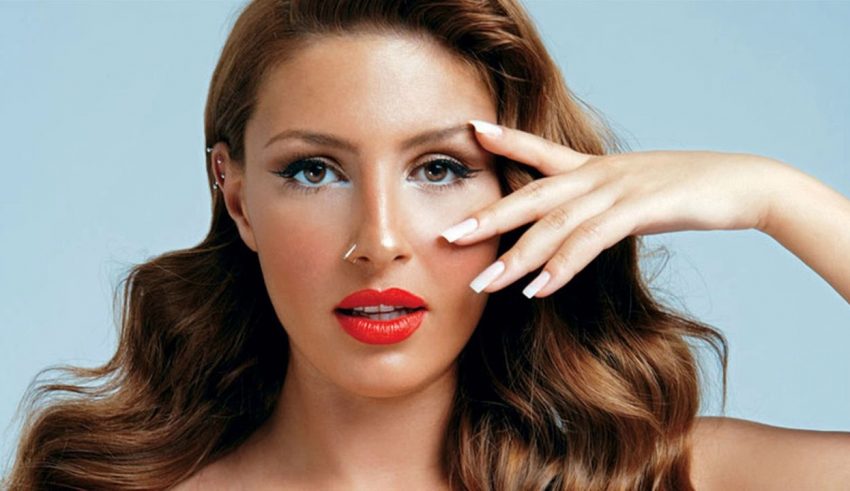 Helena Paparizou is interested in returning to the Eurovision Song Contest for a third time. The singer has won the contest for Greece in 2005 with her song Number 1. Previously, she impressed the European viewers in 2001 when Paparizou, as one half of the band Antique, represented Greece with the entry “Die For You“, finishing in a respectable third place.

Speaking on TV Ethnos the singer made the following statement:

She was approached by the Cypriot broadcaster CyBC with the offer to represent Cyprus with the single ‘Fuego’ in 2018. A demo was released but Paparizou ultimately turned down the offer. The song was then given to Eleni Foureira who went on to finish in 2nd place in Lisbon earlier this year, bringing home the best result for Cyprus to date. Paparizou’s demo version eventually leaked to the public with the singer making the following statement:

“It was bad that the demo leaked. It wasn’t right. Everybody does a lot of demos which would then be performed by other artists. It’s not nice neither for me or Eleni. She was brilliant and should have won this year’s Eurovision”

The singer, who was born in the Swedish town of Boras, also entered Melodifestivalen in 2014 with her single Survivor. She managed to qualify for the Finals but failing to win the contest, finishing fourth overall.

The Head of RIK, as well as senior executives and songwriter Alex Papaconstantinou tried to convince the singer to return to Eurovision in 2017 but Paparizou didn’t feel that the time was right.

While there is no indication that the Swedish-Greek singer will take another stab at the contest in 2019, it certainly leaves room for interpretation and will keep her fans guessing on when/if she returns to the contest.

What do #YOU think? Do you think Helena Paparizou will return to the contest in 2019 or beyond? Share your thoughts in the comment section or join the conversation on our popular FORUM