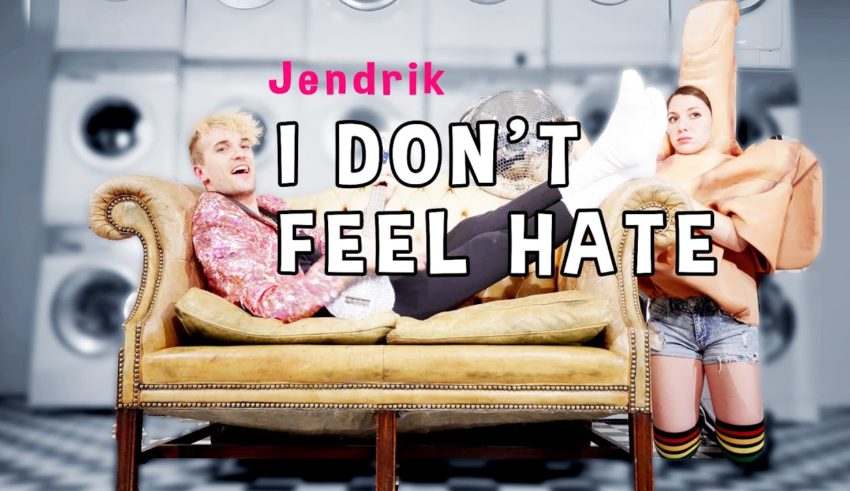 Another day, another song release! After entertaining us for several days on his Social Media account with post about how he became the German representative, Jendrik released his song for the Eurovision Song Contest 2021. He will represent Germany with the song “I Don’t Feel Hate”

The song has been released at 12:00 CET on several streaming platforms, while we can expect the music video at 18:00 CET. Two days later, on Saturday 27, he will perform the song live for the first time on the TV show Schlagerchampions.

The Head of the German Delegation, Alexandra Wolfslast, said that “Jendrik is totally authentic. He has fantastic charisma and incredible entertainment qualities. It was not surprising that he convinced the juries. We are very happy that he will be representing Germany.”  In an interview with ESC-Kompakt.de Thomas Schreiber revealed that Jendrik received the highest result to date, getting 11,82 out of 12.

After convincing the 100 people jury of Rotterdam for Germany: a “Eurovision Jury, Jendrik Sigwart was announced as the German representative earlier this month. He’s extremely excited about his opportunity to participate in the event: “I am really looking forward to performing for Germany at the Contest. Okay – I just can’t stay serious about this. Hey, everyone! I am really going to the Eurovision Song Contest! This is a dream come true. Amazing!”

We will see him perform “I Don’t Feel Hate” for the first time on 22th of May at the Grand Final.

What do #YOU think of “ I Don’t Feel Hate” ? Share your thoughts with us below, on our forum HERE or on social media!