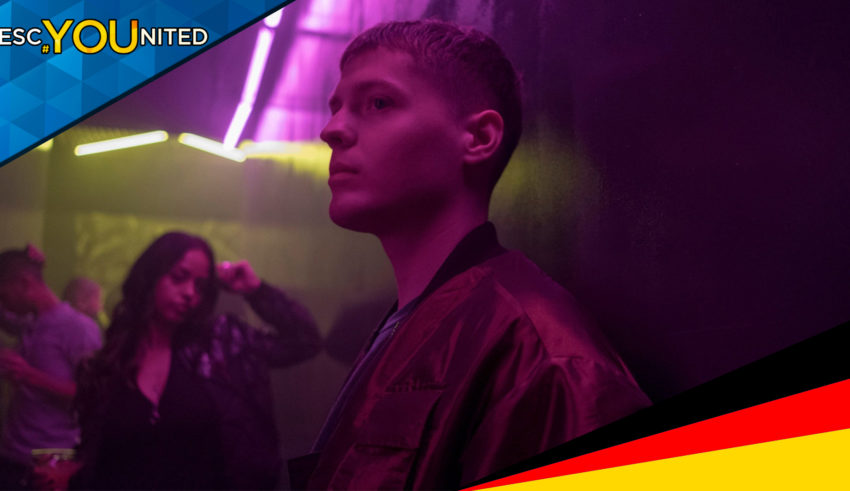 According to the plan, we were supposed to know this year’s German act later tonight, but forgot all about that… or not, because we now know who will represent Germany in Rotterdam!

Benjamin Dolic was born on the 4th of May 1997 in Ljubljana, Slovenia. This is where his singing career took place, when he at the age of 12 already took part in Slovenia’s Got Talent and made it as far as to the semi-finals.

Some very keen Eurovision fans might already know him, since he has already tried to represent his origin country. Back in 2016, he took part if the Slovenian national final EMA as part of the group D Base, which unfortunately didn’t make it to the super-final, and thus eliminated early.

His family then moved to Switzerland, when he was 18 and eventually learned German, before then taking part in The Voice of Germany where his solo career finally took a big step forward, in the competition he finished as the runner-up in 2018.

It would now seem like that the German national broadcaster (NDR) has picked up on his talents and now he will stand on his own on the big stage in Rotterdam for Germany, where he will sing “Violent Thing“.

The song “Violent Thing” is written by, the very well known by now team of Symphonix. In recent years the Symphonix team has been behind big Eurovision hits, which include “If Love Was a Crime“, “Beautiful Mess“, “Nobody But You” & “Bones” to name of few of the more popular ones.

The entire package was selected internally by 2 independent juries, all organized by NDR. To top it all off, the staging will be all sorted by Marty Kudelka who has prevously been in charge of the choreography of some of Justin Timberlake‘s would tours and Super Bowl show in 2018.

You can already now listen to the song by Ben Dolic here, but remember there will also be a presentation show later tonight, which will be hosted by Barbara Schöneberger.

With the announcement, we now know all of the names of the 6 pre-qualified acts that will compete in the final. All 6 pre-qualified countries (The BIG 5 and The Netherlands) will all be represented by a sole male artist.

What do #YOU think about the German song this year & and do #YOU think Germany can do much better this year? Let us know on our forum HERE or visit our social media sites and share your thoughts.