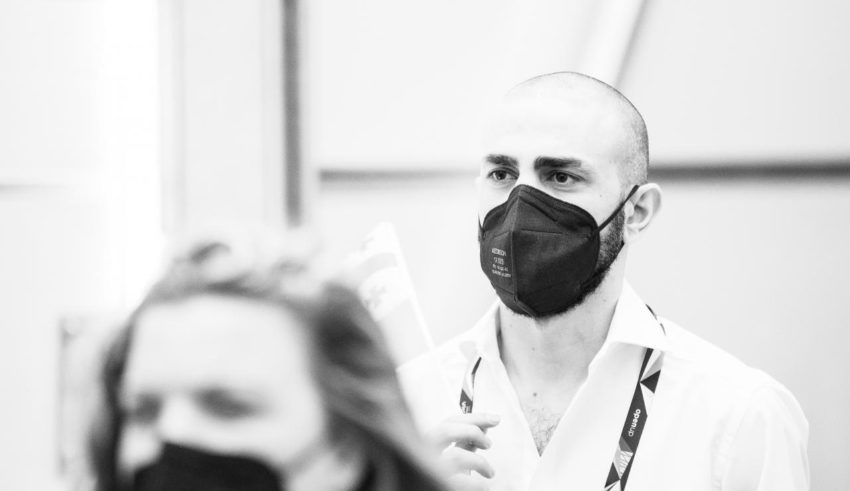 Sunshine, he wants to be with you. But do we want to be with him? Check out the detailed description of Georgia’s rehearsal below.

The Georgian staging concept is fairly simple and straightforward. Tornike starts off in the dark, his face shrouded in shadow, singing towards the camera. Around the second verse, stagehands wheel a box onto the stage, which Tornike will sit on during the bridge. The backdrop is dark blue, with black swirls (like the effect of black ink in water).

The best part of the song is the downtempo bridge, with several words being projected onto Tornike’s upper torso and face as he sits on the cube prop. This moment is used to slice the song in half, with the dark start (mentioned above), and a much brighter ending. Near the end of the song, we see yellow light near the bottom of the backdrop, as the camera keeps focusing on Tornike who sells the song with his face.

It seems clear what Georgia are trying. “You” is about all about longing for love, and you can pick it up from the staging. The room for improvement lies with Tornike himself, who was vocally good but wasn’t quite there on an energetic level.

Note: during the second rehearsal, Tornike performed his song in a significantly lower key for some reason. Maybe he’s experimenting with the pitch? This is probably not how he’ll be singing it Thursday next week, so let us not jump to immediate conclusions.

What do #YOU think of Tornike’s rehearsal? Do you want to be with Him? Share your thoughts with us in the comments, on our forum HERE or on social media!