I am looking to test out if a discussion thread about WWE could work, and since its 2 events this weekend is it a perfect time.
Here we can discuss everything leading up to these two shows and live chat during them. (I wont be here during Summerslam, since i am watching it with 5 other friends at another time)

The WWE Network is free in August for new subcribers, so its also a great chance to check out what wrestling is or get back into it (if you are wondering).

NXT Womens Champion Sasha Banks will defend her title against Bayley. Plus the a main event ladder match between Kevin Owens and the champion Finn Balor

So what are your predictions, thoughts and/or wishes for these 2 events?
My crowning achievement

This is where you can watch the shows

(Ill post my review of the show later today when i am done with my interviews.)

The Womens Championship match from last night between Bayley & Sasha Banks is one of the best matches i have ever seen! I have watched wrestling for over 8 years and seen a lot of incredible things, this match is one of them. Its one of those matches where everything goes perfect, the crowd is electric and it feels special.
I wont spoil the result because i feel like people who dosent watch wrestling anymore should give it one more chance and see this. This is what wrestling is like in 2015 and its amazing.

This year has really delivered in match quality, but i feel like this match is better than the amazing main event at Wrestlemania this year between Brock Lesnar & Roman Reigns.


QwaarJet said:
Bayley VS Sasha Banks : Match Of The Year so far. What a great show last night. Can't imagine Summerslam topping that.
Click to expand...

There is no chance for Summerslam to be better, thats the only issue with having an NXT event the day before.
I am still looking forward to Summerslam, but i only have 4 matches i want to see, and the show is going to be close to 5 hours (if you count the kickoff).

What match are you looking most forward too?
My crowning achievement

Some of my favorite photos from last night

You can see more at wwe.com

There is no chance for Summerslam to be better, thats the only issue with having an NXT event the day before.
I am still looking forward to Summerslam, but i only have 4 matches i want to see, and the show is going to be close to 5 hours (if you count the kickoff).

What match are you looking most forward too?
Click to expand...

Lesnar VS Undertaker. Hopefully they do the right thing and have Lesnar go over. I have a feeling Kane or something will interfere and cost Lesnar the match.

My thoughts on Summerslam:

This wasent a bad ppv, but it never felt special or really interesting. Let me explain.

I watched this show with 4 other friends and we had a blast, but often for the wrong reason. Having fun because you feel like you are watching a trainwreck does not make the show good, but it was enjoyable. There were some really good matches, but those often ended in stupid or lame ways.
Dont want to go into much detail or review this show, but i want to point out 5 matches that stood out.


1. John Cena vs Seth Rollins: What the fuck was this? Jon Stewart made Cena lose the title, for NO FREAKING REASON!
He ran into the ring and hit cena with a chair, Why?
Was this to get more media attention? and is Jon Stewart still relevant enough?

This was one of the main attraction and the match delivered. I just cant see why having a guest host being the deciding factor in an World Title match is good for business in any way. The match was really fun to watch and we all enjoyed it, but the ending left a bad taste for me personally.

Going into this show was this the match i wanted to see the most, and it delivered when it came to fun watching.
The excitement in the room during this match was insane. i was freaking out during the entire match and i bet my neighbors still hate me for us screaming, jumping, running, chanting, singing and so on for 4 hours XD

Not happy with the winner, but i had fun during the whole match. Some might say it sucked, but the experience watching was fantastic

This or the wwe title match has to be match of the night. Great work by everyone involved. Some screw ups, but thats ok when its hilarious.

Better than their Wrestlemania 30 match, but still a mess at the end of the day.

Undertaker vs Brock Lesnar was a lose-lose situation. Lesnar losing would make the streak ending pointless and Undertaker losing makes him look weak before next years wrestlemania. That does not mean both winning is a good decision XD

There was good storytelling in this match and thats a huge plus, to an already solid match.
I get why they did it and it might have been the best possible outcome, but still an awful ending to summerslam. I hope Undertaker will wrestle again before wrestlemania, as long as it isint Brock Lesnar. 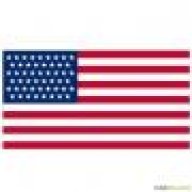 I live in New York and i missed this (( sugar

For me is this a show that was really enjoyable. I watched it today with my best friend and it was entertaining for the 4 hours we watched.
Not all the matches where great, but they all served a purpose and most of them entertained us.

The show had a few big flaws:
Like the WWE title match that started excellent, but then turned into garbage really fast,
IC Title match where Ryback seemed tired, uninterested and struggled at times with simple things
and Bray Wyatt losing to Roman Reigns (Because of how the show ended). To name some.

Many people also feel like the John Cena vs Del Rio match was too short, but i personally think it was an good length. Not every match needs to be long, some should be quick and simple. I feel like it was really good and did what it was meant to do.

If we are being honest are there only 2 matches from this show that matters. And that was the hell in a cell matches.
While the match between Wyatt & Reigns was great, was Undertaker vs Brock Lesnar a masterpiece.

Brock Lesnar and Undertaker put on the match of the year. Maybe one of the best hell in a cell matches of the last decade.
The match felt legit and told a great story. The blood was everywhere and the spots were insane. These two put their bodies on the line and made history together.

The ending of the show was shocking, provoking and disturbing. Thats something that is really hard to pull of in 2015 and on a ¨family friendly¨ show.

My overall thoughts are that WWE put on a good and interesting show. 2 matches that really delivered and 1 match that will go down in history because of its quality. Ill leave some photos under here, for those who wants to see some moments from the show

This thread deserves an up

DaFlo said:
This thread deserves an up 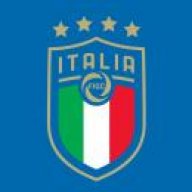 Looking Forward to Kevin Owens VS Chris Jericho for US Champions... We all know that KO wins as Jericho is going on tour!!! But still worth watchihg..

bURN said:
Looking Forward to Kevin Owens VS Chris Jericho for US Champions... We all know that KO wins as Jericho is going on tour!!! But still worth watchihg..
Click to expand...

I wish it was for the World Title, but they are still going to have a classic. Could be the match of the night
My crowning achievement

Such an amazing segment and a truly emotional rollercoaster.
My crowning achievement

This weeks episode of Smackdown Live was entertaining from start to finish.
Not going to spoil anything, but it´s definitely worth watching as it might be the strongest episode so far this year

Really not amped at all for Wrestlemania. As usual with the big 4 weekends, I'm more looking forward to Takeover. As for WM, AJ VS Shane will be a total spotfest, but probably fun and Aries VS Neville will likely be MOTN. None of the main events excite me. Reigns VS Undertaker will likely be terrible. Taker looked in rough shape on Monday.
Current 2019 ranking (23rd February) 12. Australia, 10. Estonia, 8. Albania, 7. Spain, 6. Czech Republic, 5. Latvia, 4. Italy, 3. Romania, 2. Germany, 1. Slovenia

[MENTION=13314]DaFlo[/MENTION] and I are currently hosting a contest where the goal is to find the strongest and best WWE Theme Song going into Wrestlemania 33.

This contest includes 3 Semi-finals with 8 songs in each and 4 Pre-Qualified entries into the final. The final will consist of 12 songs in total.

All the information is in the video down below, so if you have time and interest would it mean a lot if you could check it out.
You do not have to vote in all three Semi´s and you most likely know all the songs already if you watch WWE, so this doesn't have to take a long time
If you have any feedback or questions then please tell us