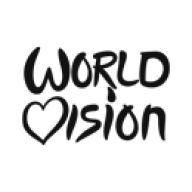 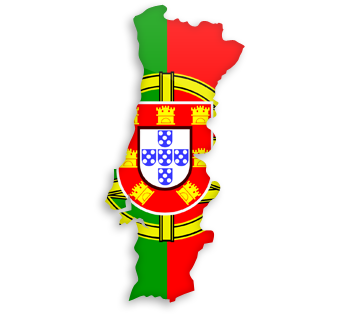 Portugal, officially the Portuguese Republic, is a country on the Iberian Peninsula, in Southwestern Europe. The republic also includes the Atlantic archipelagos of the Azores and Madeira, both autonomous regions with their own regional governments.

Portugal is a developed country with a high-income advanced economy and high living standards. It is the 5th most peaceful country in the world, maintaining a unitary semi-presidential republican form of government. 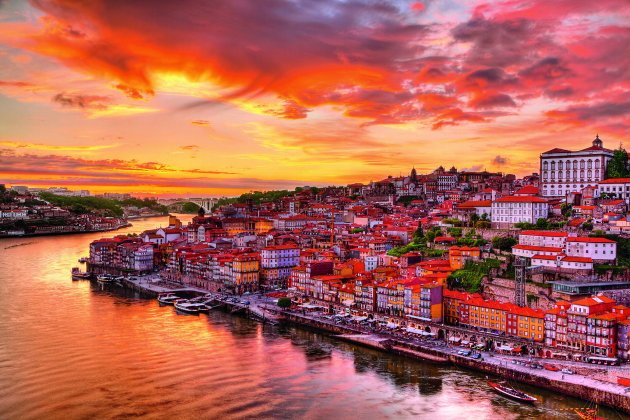 It is recognised as a global city because of its importance in finance, commerce, media, entertainment, arts, international trade, education and tourism.

Coutries/regions that have been more often in the Portuguese top 3:

Portugal has given most of its points in the finals to:

Hey [MENTION=12837]JamieBrown[/MENTION] , choose very surprisingly ... I love ... dead combo are some bands that I really appreciate in Portugal (and you sent my favorite song from them)
I watched one of their shows a month ago (in a local music fetival), and this song was the last one played and it was chilling,Congratulations to discover is, this is considered by a friend of mine the best Portuguese music ever

Just a suggestion , I think the audio on this link has more quality : https://www.youtube.com/watch?v=FVDjHszbdO8

Good luck, I hope to see this in the final
FSC-Portugal 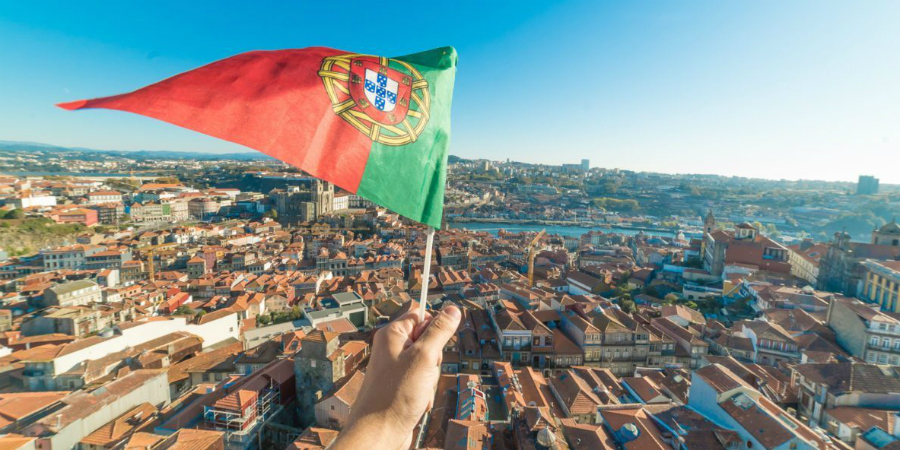 AFTER A BREAK OF 11 EDITIONS, PORTUGAL IS FINALLY BACK IN THE GAME!​
And the same can be said for me, after a break of 72 editions

I guess the Eurovision 2020 forum game just reminded me of the good times I spent at Worldvision, and I couldn't help myself but to return

Even though my previous WV stints were rather short, I do have to say that a few artists that I've met here have stayed with me forever, and I'm hoping the same will happen again!

I think my musical taste can be described as ecletic, and I'm hoping that my entries for Portugal on this second era will reflect just that. For my return I'm sending a song that actually belongs to a genre that I don't really listen to that often, but this one was just too much of an earworm that got stuck in my head!

I'm in the middle of exams right now, but once I have a bit more free time I'll try to update the first post of the thread with the history of Portugal at Worldvision, for prosperity sake 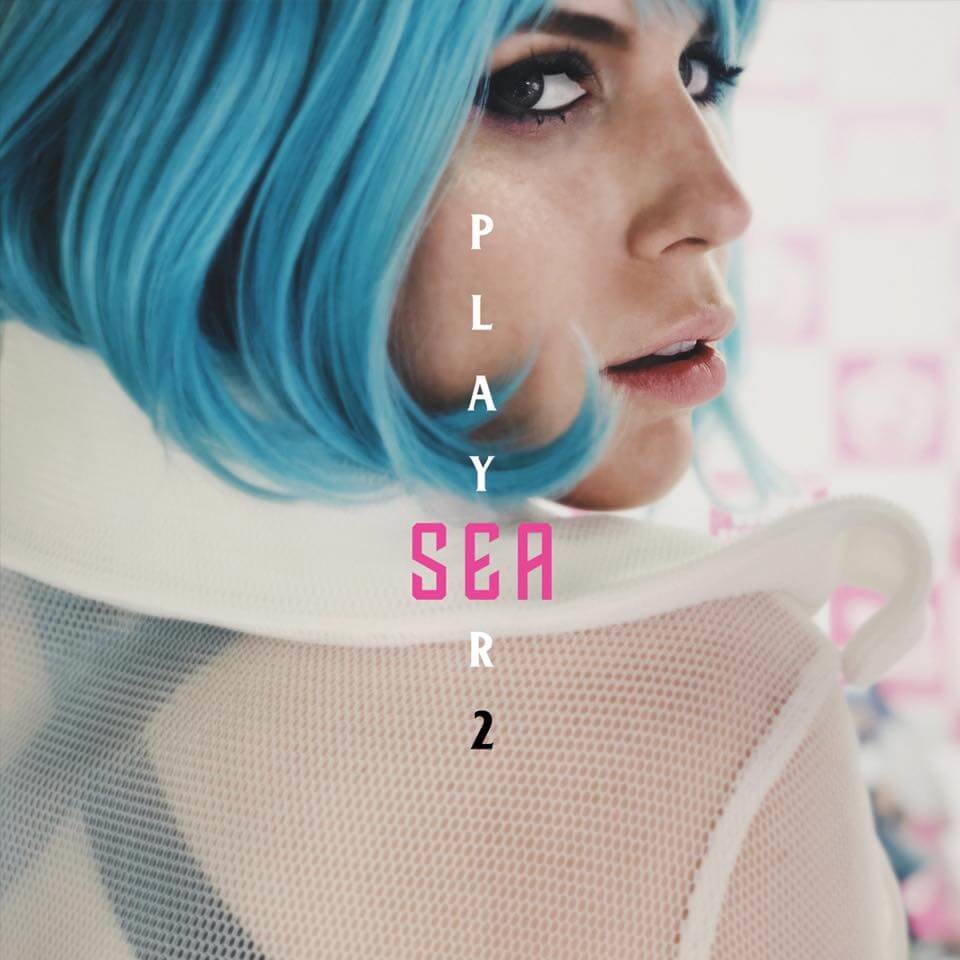 This song talks about a girl that feels like she's losing her sense of self and her personality for a boy that is just toying with her emotions, that truly doesn't care about her and just uses her to fulfill a lonely void inside of himself. But even though she is conscious about what is going on, she doesn't have the strength to move on and get herself away from this toxic relationship. I've decided to send this entry because I fortunately got out of a similar situation recently, more or less at the same time this song came out, and for that reason I relate to it in a way I've never really related with many songs before.
I really hope y'all enjoy Portugal's second return entry!

Curiously, I sent this to the FSC this edition

Not being the biggest fan Barbara (now I'm enjoying his work more), I really fell in love for this song, Good luck

JSSArcos said:
Curiously, I sent this to the FSC this edition

Not being the biggest fan Barbara (now I'm enjoying his work more), I really fell in love for this song, Good luck

Oh damn, sorry, I hope you don't mind me sending the same song! I have to be honest, I haven't been paying much attention to the rest of the forum besides the WV subforum lately

Bárbara is just at the beginning of her career, I can't wait to see the stuff she'll come out with when her musical experience develops a little more! Here's hoping she'll go the Eurovision one day too haha


I just wanted to thank everyone who voted for Portugal once again, both in the final and the semi-final, and helped me achieve my first final since my return to this crazy ride Serving true "They tried to put me on the cover of Vogue, but my legs were toooo long" energy, it's Filipe Sambado!
Blending traditional Portuguese elements with pop-ish sounds, Filipe Sambado has been described as Portugal's answer to Rosalía. His participation in Festival da Canção earlier this year really helped launching his career, but I would have preferred if he had sent "Jóia da Rotina", his first single, instead. It's just more accessible, catchier, and has a message that I think everyone can relate with - in order to get through the grind of everyday life, we need to create connections and have a support system helping us when we get home, either our families, our friends, our hobbies our just our cat (the Maroskas mentioned in the lyrics is the name of his cat). Hope y'all enjoy this entry! Nothing's wrong
(You've) got everything you need
And still something's pushing out and you can't achieve
So you try, to blame it on the man
Poor sweet one
He's doing what he can

Nothing's wrong
I've got everything I need
And still something's drifting out and you can't achive
So you try, to blame it on the man
Cool sweet one
He's doing what he can

Feet on the ground won't take a step
Why should I when the world is
Mad to its core?
I can only hear noise
If we should be two then why do
People break up so easy?
Find happiness in your solitude

Feet on the ground won't take a step
Why should I when the world is
Mad to its core?
I can only hear noise
If we should be two then why do
People break up so easy?
Find happiness in your solitude

Come, move away
Take all that's wrong and grow past its way
I think I know what's been wrong with me
Been taking for granted all that life has to be

Feet on the ground won't take a step
Why should I when the world is
Mad to its core?
I can only hear noise
If we should be two then why do
People break up so easy?

Find happiness in your solitude