My reviews of the songs

I'm sorry that I'm not posting this as a blog, cause I've used too many characters. Anyway, here they are. I tried to be constructive and nice, for a change. You can write what you think, a.k.a. agree/disagree, or you can add on my "constructive criticism".

The reviews for Semi#2 will come these days, hopefully.

Last edited: May 4, 2011
Isabella, LadyKiller and PashonFruit are Charlie's angels... and I'm Charlie!

Re: My reviews on the songs

Agree with everything other than.... The azerbaijan guy is a good singer???? He is whiney, and. Creeps me out lol, still of course they will qualify. I disagree about san marino, I think it has a small chance to qualify, she has a good stage presence and is somewhat astheticly pleasing..... We will see

Here are some of my brief reviews on semi#2

Well if she knew, she wouldn't have picked the song in a first place. I like Dana, but this song is something that you would least expect. She chose the wrong version to sing. I think the second one is worse. During the rehearsal, nothing worked in her favour. Her voice evaporated in thin air. It looked very plain and bland, not something that the song required. Dana has a lot to work on, for the next couple of days.
Slovenia:
I may not like the song and the song may sound like you want to cut your veins, but she is a good singer. I think the song itself has too many words and at the beginning it looks like a recital. I wasn't fond of their background. I think it had nothing in common with the song. If you go with a depressing and dramatic song, why should you put flowers in the background. Flowers aren't depressing! Her outfit looks odd for the song. I like it, as it really brings out a lot from her.

I like her shoes too! Maybe a darker theme, would be more suitable for this song. It is a bit too plain on stage as well. She could use a wind machine. It wouldn't be a bad idea.
Romania:
The Romanian song is nice. Nothing special. I think it has what it takes to go through to the final. David is a very good singer and I think Romania should qualify. Not much I can say about this entry.
Estonia:
Estonia sends another good song, but imo, weaker than their previous two attempts. As a performance, I think it looks very neat and definitely interesting. The problem is how will the European audience respond to a song about New York City, specifically a famous street, whose number is not listed there. Her magical trick is very neat and I like that part. There are parts of the song that I enjoy, and parts that are just too void for me. I noticed that she has troubles coping with the song vocally. She must keep the energy from start to finish and I think Estonia could qualify.
Belarus:
What can I say, I love this song. The more I hear it, the more I like it!

It is very catchy and Anastasiya knows how to deliver it with passion and strength. She needs to be more comfortable singing the song, because I can see she struggles with the English. Confidence is one thing she lacks, but I can see her slowly releasing herself. Now, the rehearsal doesn't look good to me. Dreamgirls meet Moldova 2009!! I like her outfit, but I thought this would be more traditional and less generic. The fireworks look great, but can't say much about anything else. It looks kinda static as well.
Latvia:
This is an entry that at the beginning I said - it sucks, I dislike it. Well, I should take that back now. It doesn't suck and I don't dislike it. I think it is rather ok, but I can also see the appeal of it. They are vocally pretty good and they have proved that on the rehearsal. Their choreography could be better, right now it isn't very captivating. They should take the whole song to another level. I think this is a contender to qualify.
Denmark:
I dislike the song and I hate fact that this is very overrated. Have I lost the touch for good music? No, I have NOT! I see this as one of those harmless Danish melodies that generally do well and qualify easily (like the one in 2008, which I didn't get why did he qualify??). The draw is in favour for the Danes, and I think they have solid chances of qualifying. The stage presentation looks rather dull and uninteresting, but eh well. There is always someone else... who likes it. Vocally, I think they are good. Their haircuts are odd!
Ireland:
They are enthusiastic and full of energy. My compliments stop here! The song is bad. Pity, I understand English. This makes Popular look very good lyrically. The beat is too generic. And speaking of haircuts, they aren't very far from the Danish guys. They can be used in a commercial for static duster!

Anyway, vocally they sound bad. However, I saw improvements in their rehearsal. They do sound a bit better. Their choreography comes across more interesting and entertaining. Hopefully, everything will be in place for them during the semi-final. Singing last could give them a boost.
Last edited: May 4, 2011
Isabella, LadyKiller and PashonFruit are Charlie's angels... and I'm Charlie! 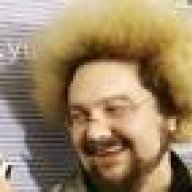 I'll give them some more air while I borrow this thread for a shorter "review" about this year. Just two years late or so...

Actually, I should start with the ones I dislike, because this year is just so full of mould and emptiness. Yepp, this certainly is a weak year overall. Every second entry qualifies, by high commendation, to my compost squad. Without any relative positioning then, and with the recurrent line of famous lyrics echoing after every one of them: Where Did All The Talent Go, Looooong Time Paaassing?


- Aurela Gace - Passion - Gratingly horrible.
- Witloof Bay - With Love Baby - Begins promising but simply peters out. Pointless.
- Lena Meyer-Landrut - Taken By A Stranger - Sing with me, Where Did All...? Such a vapid bass pulse.
- Jedward - Lipstick - Such a disgustingly monotonous bass thumping.
- Homens Da Luta - A Luta é Alegria - No, no, no. Just another zero.
- Anatasiya Vinnikova - I Love Belarus - Idiotically patriotic.
- Magdalena Tul - Jestem - Wake me up, before I poo poo...
- Hotel FM - Change - Just bland.
- Dana International - Ding Dong - Dana goes ding dong in old days.
- Nina - Caroban - Very forced pace. Annoying.
- Alexej Vorobjev - Get You - Please help me, I can't find the loosers lounge...
- Sjonni's Friends - Coming Home - Lamely polite warbling...
- Evelina Sasenko - C'est ma vie - And wake me up, before I... blow job?
- Raphael Gualazzi - Madness Of Love - Just not keen. Boring. SAY WHAT?! And the "experts" goes "booooo, don't you hear the real instruments, it's real instruments, in a song contest. It's italian, there is a real piano, and you do not approve? HOW DARE YOU!?".
- Eric Saade - Popular - And finally, our worst entry since The Ark, or just on a par with "The Worrying Kind". So fantastically monotonous, with a nerve-rackingly infantile beat.

But of course I do, because, and as always, there are some grains of pure gold that wont ever leave my innermost vaults:

It actually took ages, i.e. one week or so after the contest, until I started abusing this. It was just impossible not to get sceptical when Stereo Mike obscured the stage with his lowest budget wiggah fluttering. But it grew and it kept growing. My favourite word for this evoked atmosphere should be "fateful", which I often use when something about a tune is... appearing kind of dark and dead serious. And I really think Loukas conveys this message in a successful way. Also, when you listen to the studio version, you don't have to be distracted by a looming bat in dressing gown. Rather, you can get completely engrossed by the loomy, masculine grief looming about it. Mighty!

The "multiplied by you" introducing line feels a little done to death, don't you think? However, I don't care about that silly line, I just had to mention it. There is always someone who get annoyed by it (=me mentioning it). Everything else about this though, is laudable. Such a smooth, nudging beat about love in rewind. You can really feel what it's all about. And it's elevated above usualness all thanks to that subtle acceleration, every now and then, that perfect little twitch.

Just a fine little concerto with a lot of elements. The accordion solo is especially seductive. I prefer to put this one on my warm-up playlist though, which may never imply the absolute highest of grades.

Modern and fine overall. First time I heard it I got reminded of "Apologize" (Timbaland). Not the most precise association, but somehow I understood it was probably gonna win. And it deserved to win, although Eldar isn't the most captivating of ants. But at least he is rather played down and seems quite humble. To some degree, I think this won thanks to the stylistically perfect package - the golden waterfall, which became their goldmine. Maybe a little too studied to earn my full attention.

Obviously too different to qualify for the final. I think it's both charming and catchy though, and I'm mostly a sucker for africanism. Graceland (1986) is my favourite album of all time. Hear it.

Weird and episodically wonderful. And everyone remember the hot girl on unicycle. I love her too.

Not the sharpest, but definitiely decent.


To sum up, this year was below average, probably confirmed by the rather tight race for victory, though I guess it's possible to argue in favour of the opposite too (the tight race as a sign of high quality). However, I also guess I'm just gonna try to remember what was positive to me. There is always something.

Maja was the best

ParadiseES said:
Maja was the best