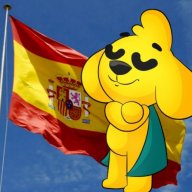 German television producer Stefan Raab will produce the Free European Song Contest, an alternative event that will screen on 16 May.

Surprised that there's no thread about this, if anything there should be an entire forum section, if it actually happens....

However, i don't understand if they're intending to invite the actual 41 artists, or some other ones? With the same songs that would have been in the ESC? Are they even allowed to do that? And what if many of them turn it down?
You a furry too? Join facebook.com/groups/EuroFurs 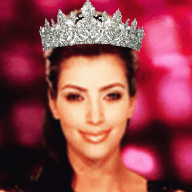 I thought this was an April Fools joke lol
If you can't hate yourself, how in the hell you gonna hate somebody else?

The show want to honor the 41 artists. There won't be a voting, but the artists will sing past ESC-hits (but they are not present there, probably via video?). Included will be also past ESC-artists.They didn't reveal anything else yet.
“Do I listen to pop music because I’m miserable or am I miserable because listen to pop music?” — John Cusack

Don´t know what to think about that.

All of this sounds rubbish and I shan't be watching it. I want this years artists, with this years songs. I don't want them singing previous hits, or previous artists singing other songs. Sod all that. I don't know why they think it's even a good thing to palm us off with this mediocrity.
Last edited: April 2, 2020

Why would he put it on at the same time as the actual official Eurovision replacement show that already intends to honor the 41 artists of 2020 anyway?

This honouring the artists from this year show from EBU is the one that includes artists from previous years and this years artists singing old Eurovision songs etc. In other news a whole lotta bullshit.

Free ESC is from the German broadcaster ProSieben, the one who was behind our entries in 2010-2012. There's not much details about it so far, but it will be a live show with competition/results. I guess they will invite all participating Eurovision countries, and they will stream their performances from a studio in their country. It will be new artists and new songs, so basically a complete replacement edition.

ProSieben and the German delegation proposed this idea to EBU (probably with the artists and songs from this year), but EBU wanted to do their shitshow.
it's up to you to realize, I'm waiting for you right behind
I need you now, just tell me how, I can't get you out of my mind​

Nothing more about this at all, it seems?!? Is it even going to happen?
You a furry too? Join facebook.com/groups/EuroFurs

Fluke said:
Nothing more about this at all, it seems?!? Is it even going to happen?
Click to expand...

It is happening, but all information I could find is in German and I´m too lazy at the moment. 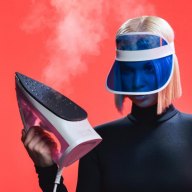 I hate everything about it. Although I don't know much about it.

EDIT: OK I just read the information on the website: Well known artists (I guess known in the DACH countries) will sing for their "home" countries live in the studio in Cologne. So for example Rita Ora would probably sing for Albania. (Don't think that is going to happen.) More likely will Lucy Diavkovka (No Angels ) sing for Bulgaria or Rae Garvey for Ireland.

There will be an ESC like Jury Voting from the participating countries and Televoting from DE, AT and CH. 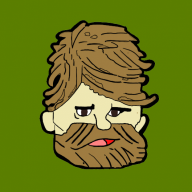 The first fifteen countries to participate have been confirmed

Since there will be only artists living in Germany, the possibilities are rather small for some countries. Especially since they also need connections to the Pro7/Sat1-group. I guess No Angels' Lucy will take part for Bulgaria, like she did in several Raab shows, and Ireland will be represented by any member of the Kelly Family that is still living in Germany(Michael Patrick most likely?).
And I guess Gil Ofarim will represent Israel. He was part of The Voice of Germany (Sat1) and The Masked Singer (Pro7). His father was israeli, so we have a that connection that is enough.
Has the worst taste in music "of all the people who exist" (cit. Gabe, 2020) 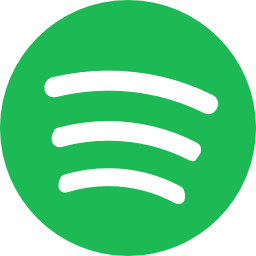 To be honest my desire to watch this show is shrinking more and more, especially if the mentioned names compete. 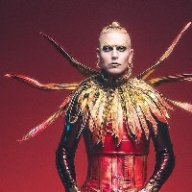 Unlike EBU, Raab does understand that there's no logical reason for the country to not take part in Eurovision.

I will definitely watch this show if Katja Krasavice will represent (some countries will still be added to the participating list) and if Mark Foster competes for Poland, we might finally have a chance to win
#letKAZAKHSTANdebutfinally

And that is what I fear. German "celebrities" representing a country, which maybe their parents or grandparents were born in, while their main music is to sing in german. That would be just weird imo.
Has the worst taste in music "of all the people who exist" (cit. Gabe, 2020) 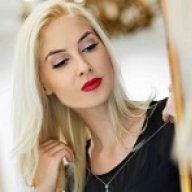 participant.
Dreamer, you must to visit Lithuania and see/listen your YVA strawberries.
My celebrity crushes : Kristina Ivanova (YVA), Monika Sedziuviene

A show with a focus on celebrities instead of the music (as, for example in Bundesvision) is not really appealing to me, but maybe to the German audience?
2013 Denmark - 2014 The Netherlands- 2015 Norway/Estonia- 2016 Poland/Czech Republic - 2017 Belgium

Due to Covid-19, it totally makes sense to let German artists with ties to certain countries participate. Travelling to a certain country is still not possible everywhere.

Personally, I think that this is a new, interesting, refreshing and great concept for German-speaking viewers.
#letKAZAKHSTANdebutfinally

I don't get it why it should be weird to see an artist performing in German whilst it's totally fine to perform in English in Eurovision.
#letKAZAKHSTANdebutfinally

Well, first of all, it's just the coincidence that english has grown to be an universal language. Anyway this is no excuse and I also appreciate if countries sing in their native language at Eurovision. And every artist shall choose the language they want to sing in. No matter if for a contest or not.

The difference on this show is just, that probably the artists already have only loose connections to the countries. I know it's reasonable in these times, but it's still weird. What has it to do with Kazakhstan if Tua or even Die Orsons will rap one of their gorgeous tracks? So the show will be less about the countries, like stated by someone above

I appreciate the voting though. Especially, since the juries will actually be from their country, if I'm not mistaken. That means that the Kirch group has developed connections to Kazakh media probably.
Has the worst taste in music "of all the people who exist" (cit. Gabe, 2020)