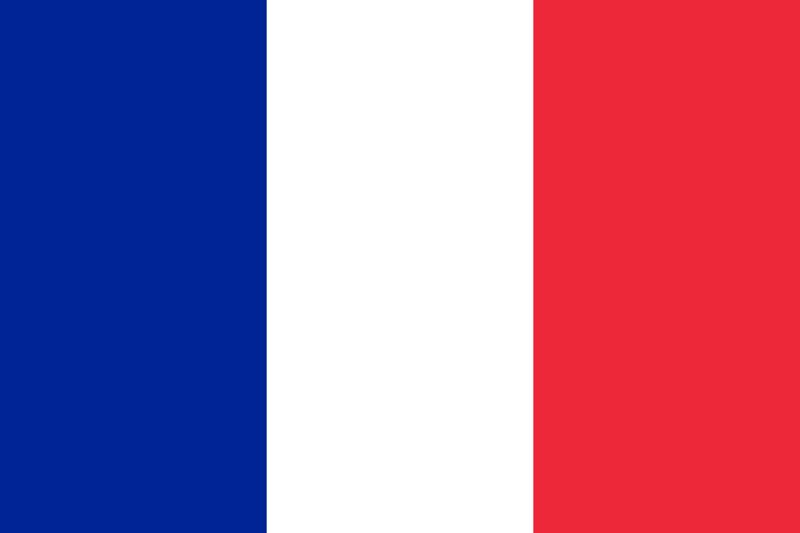 I think they tried to be nice with us, they put us after Switzerland, and probably there will be a break after us.

But anyway, seeing how many uptempos are soon after and almost nothng in second half, it smell bad anyway. 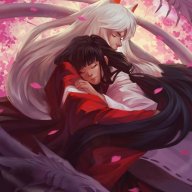 Beyond the many technical considerations, France is paying for the excessive and sudden love of the fandom. Time passes and tastes change. It's better to have a song that grows with time rather than one that immediately explodes in full force.

Another element that disturbs the strength of "Fulenn" are the drugged odds and the presence of another ethnic song. I'm talking about the Ukrainian situation and "Stefania". It is difficult for "Fulenn" to be able to overcome the emotions of the public for Ukraine and overcome a nation that is an undisputed teacher of Ethno-Pop.

I wish France to obtain the best possible result even if, as I had assumed for Albania and Austria, we could be surprised by a result that is anything but positive.

Ah... one more thing... oh my God, I look like Lieutenant Colombo!

Don't underestimate Norway. It is true that it is a joke-entry but it is a song that manages to be original, to capture attention, to make the European public (primarily minors) dance and sing and fall in love with it. 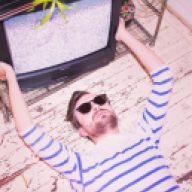 Here is my ted talk :

I feel like you, a bit disappointed that we didn't have the best running order but we didn't "earn" it either. People were rather unimpressed with the clip from SF1 and the song didn't chart. Now a big part of the usual audience only watches the grand final and that could switch things up.

To give a positive light on France : I think we were lucky in our "bad draw". We're behind Switzerland which is.. If i'm not mistaken THE act that people didn't want to see AT ALL in the final and so it gives us the best contrast in all this running order.

edit : I want to add that we come early when people are still in the show and they're gonna be focused*

Ukraine also have a very great spot but I really wonder why they didn't sandwiched it up between "two germanys" like they could have put Switzerland and Germany for example and they put one the best charting song this year which is The Netherlands just before them ??? So the obvious answer is that they think that it could kill The Netherlands ? well it's still weird to me.

And the other uptempo that had a very good draw is Moldova of course, but the fact it comes after a long streak of slow songs and followed by one the favorites, I don't know if their draw is as good as we think (it is good indeed but not that good).
*and Moldova is coming very late, are people still gonna be watching or still be focused after this huge row of slow songs ?

The only question mark I have is of course about Norway. I feel like Norway is very popular and at the moment I'd think they're gonna destroy us but as some users said, it could be the other way around. I feel like Eurovision is shifting in more raw performances (Italy, France last year), the staging do matter but not that much (Netherlands 2019, Italy 2019) and some pitch perfect staging that feels forced are kinda turned down by the televote (Sweden in most of the recent years or Malta last year) and Norway really fits this description. "Joke entries" are less and less popular and the only way to survive is by being somewhat true to your culture (like Moldova this year). I'll add one thing but that's really on my side, my relatives didn't like Norway, my nephews and nieces thought it was cringe and during out little voting Norway was 3rd but the overall feeling was "we put it high cause it's just one of the few uptempos" more than "that was amazing".

Well I'm not saying we're gonna end winning or whatsover but I wanted to shed a better light on our chances to have a decent placement at the end and maybe i'm totally wrong and we'll flop and that's it that's the rules of the game and Norway will end up 2nd at the end
Stan LOONA.

DirtyFalcon said:
Let's be honest, as a french i'm quite worried now for our result seeing how much we dropped in the betting odds. I've even seen one website putting us behind countries like Belgium, Romania or Germany in the odds (absolutely nothing against these countries of course they're not considered by the fandom as much better as France). I don't get why because for me the performance is really well done, visually stunning and one of the best of the season, the song really stands out by his own, the chorus is striking and you have this great moment with the shot on the LED Floor and where the flame explodes.

I dont wan't to believe people are downgrading us in the betting odds only because of the camera shots.
Maybe if we had choosed a better clip during the 1st semi-final, it would not be as terrible i dont know.
Click to expand...

The only reason thereto are the semis that many people (outside the bubble) watched, heard several songs they liked for the first time and they are now inflating their streams on YT and other SM.

E.g. Ukraine's semi 1 performance is now at almost 4 million views, whereas another contender, Greek entry is at 1.2 million.

The Big5 favorites Mahmood and Blanco have cca 900 000 streams for semi 1 performance, and they are trending only in Italy meaning domestic audience only is watching this performance.

Then from semi 2 we have Konstrakta from Serbia who was no fav, yet she has 2 million views in less than 24 hrs. The favourite Sweden has LESS THAN 400 000.

Whereas another Big5 contender Spain, like Italy, has 1.2 million. However these are the numbers of domestic audience as she's not trending nowhere but Spain.

Therefore, Spain and Sweden have negative trends in the odds as of today.

It is therefore the advantage of performing in the semis enabling these countries to capture the interest of the audience before Grand Final and then the bookies adjust the odds.

Things will change when people actually see France performing on Saturday, plus the performance is memorable and different from all others coming in the row of 25 countries.

So no worries with the bookies.

And don't make comparisons with last year. Maneskin had been no. 1. with the bookies from their first rehersal and that hadn't changed till the Grand Final. But that was Maneskin. They were unique in all senses and nobody could have competed with them. They had much more behind them to offer than an ESC entry or a typical ESC artist. What was easy to recognize by all people (except for the most of the bubble

This year the odds of the bookies aren't that reliable.
Last edited: May 13, 2022 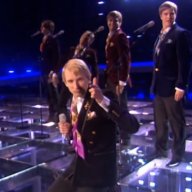 Alvan released his EP with Fulenn on it, and i gotta say it's quite good.

A track like this would storm the televote honestly :

This is surprisingly good!

From the moment we got drawn to perform in #6, I knew that everyone would go batsh!t crazy like "omg, France is flopping, I feel so sorry about them".

1) If a song is good, it will do well in whatever position it's been drawn to perform. i.e. if Amor Pelos Dois performed #2 in 2017, I'm quite sure it would have scored the exact same amount - if not more - of points.

2) Some people need to realize that some countries, who usually have a very strong fanbase on social media (Spain is the prime instance for this situation) tend to overrate their entries. Sure, Chanel can sing, sure she can dance too, but does that make her performance that memorable with an innovative and meaningful entry? Highly doubt that.

3) Speaking of Spain, people could have worried about France's chances of doing well being hurt if Terra got selected instead of SloMo. Do I have to stress the fact that Fulenn is THE standout of the lineup song- & performance-wise? I'm not affirming it will do that well, but the performance is one-of-a-kind and can't be compared to Norway.

PS: I'm so glad to be back on this forum.
'I’m not bulletproof' #MeTanaWasRobbed #Justice4Dotter 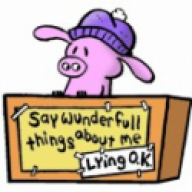 I think France is San Marino 2021. Big hype but in the end it will flop. I predict right part of the board in the end.

Underdark said:
I think France is San Marino 2021. Big hype but in the end it will flop. I predict right part of the board in the end.
Click to expand...

at this point France can't flop anymore, there is no hype and almost everybody is predicting at top 15-25 finish
imho a flop is someone we expect to do top 5 or top 10 overall and didn't meet the expectations.
Stan LOONA. 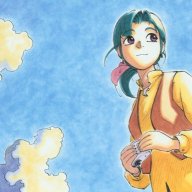 Just to mention that the Breton flag (gwenn ha du, which means "white and black") is available on twitter if you use #emojibzh or #bzh or #gwennhadu.

A newspaper also published an article saying that the regional flag will be allowed tonight in the arena while regional flags are usually prohibited. 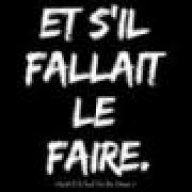 I am very curious to see what happens to Fulenn in the end. France was the winner of this years NRK TV show "Adresse Torino". I hope others will enjoy Fulenn as well. But I am still not fully convinced about the staging; the idea is great, but the interaction between Alvan and Ahez and the dancer doesnt seem to float naturally.
I hope I am wrong though and that it will look and sound amazing. Fulenn is still my number 2 this year.

I'm so sad this lost all the momentum... It's my favorite this year 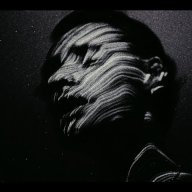 Come on, top 10 with the televotes should still be possible, right?
in WV

Zeus said:
Come on, top 10 with the televotes should still be possible, right?
Click to expand...

I cross the fingers.... but i imagine there will be Norway, Italy, Spain, netherlands, Ukraine, Moldova, Sweden, UK, and Serbia higher than us. If yes, technically, we can be 10th.... 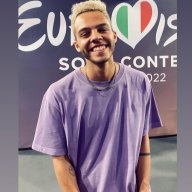 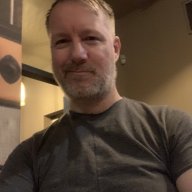 This feels like a change of direction for France. Honestly I'm thankful and love it. Or at least a reflection of French diversité.

Thanks for bringing something awesome to the final! 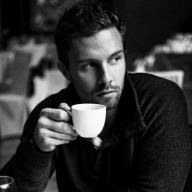 Bobjan FR said:
I cross the fingers.... but i imagine there will be Norway, Italy, Spain, netherlands, Ukraine, Moldova, Sweden, UK, and Serbia higher than us. If yes, technically, we can be 10th....
Click to expand...

I pretty sure Portugal will be above us too.. 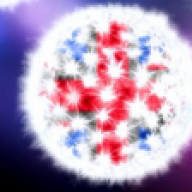 Im really Enjoying the live performance from France, it's a shame its so early in the show.
2022 Top Songs

ory26 said:
I pretty sure Portugal will be above us too..
Click to expand...

I thought about it one second, but they've got one of the worst placement, so i was thniking this is not sure.

I don't think it matters that much if a song is first or second half. If a song is good it's good. Not everyone can be second half. I will vote for them tonight and I don't think they will flop. Maybe not Top 10 but I can see it in the Top 15.
You must log in or register to reply here.
Share:
Facebook Twitter Reddit Pinterest Tumblr WhatsApp Email Share Link
Top Bottom