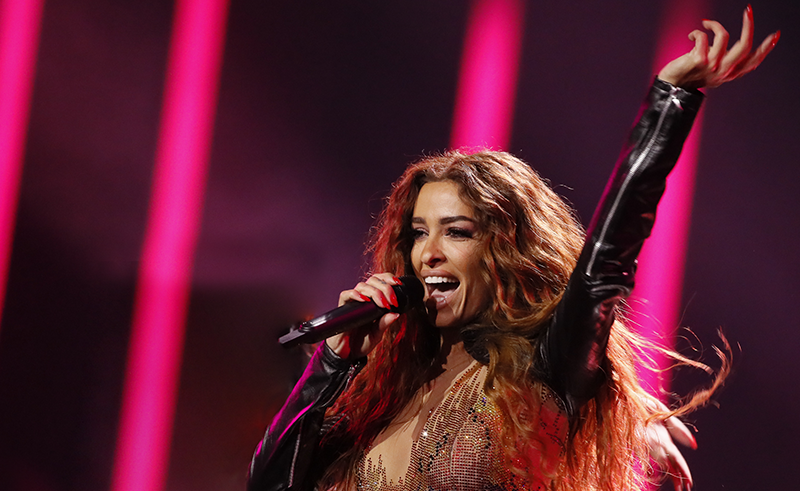 Hello and welcome back to Eurovision this decade! You know the drill by now, we’re going through the amazing decade that was the 2010’s and ranking each country’s entries and sharing some of our team’s personal opinions. Today we’re looking at Cyprus, but before that, let’s take a look at what #YOU thought of Croatia!

It seemed another clear choice, and our readers agreed with us that 2016’s “Lighthouse” was Croatia’s highlight of the decade, with 38% of the vote. Second went to 2018’s Franka with “Crazy”, on 23% of the vote, with third place reserved for Femminem in 2010 with “Lako je sve”, achieving 12% of the vote. On to Cyprus…

Cyprus has participated in nine of the ten contests that have taken place this decade and have certainly given us a memorable bunch of entries! Let’s take a quick look at their track record and then get into the rankings!

Performed 14th in the second semi final and qualified for the final in tenth place with 67 points. Jon and his team then performed fifth in the grand final where they finished 21st overall with 27 points.

Performed ninth in the second semi final and failed to qualify for the final after finishing 18th on the night with 16 points.

Performed 12th in the first semi final and qualified for the final in seventh place with 91 points. Ivi then performed eighth during the grand final where she finished in 16th place with 65 points.

Performed 14th in the first semi final and failed to qualify for the final, coming 15th on the night with just 11 points. Cyprus would not take part in 2014.

2015 – John Karayiannis – One Thing I Should Have Done

Cyprus returned in Vienna and performed 15th in the second semi final and qualified for the final in sixth place with 87 points. John performed 11th in the grand final where he finished in 22nd place with 11 points overall.

Performed 11th in the first semi final and qualified for the final in eighth place with 164 points. Minus One then performed 14th in the grand final where they finished 21st overall with 96 points.

Performed 15th in the first semi final and qualified for the final in fifth place with 164 points. Hovig then performed 19th in the grand final and finished in 21st place with 68 points in total.

Performed 19th in the first semi final and qualified for the final in second place with 262 points. Eleni then performed 25th in the grand final where she finished second once again with a total of 436 points, Cyprus’ best result in the contest to date.

Opened the first semi final in Tel Aviv and qualified for the final in ninth place with 149 points. Tamta then performed 11th in the grand final and finished 13th overall with 109 points.

Our diverse team have ranked the Cypriot entries. Here are our winners and why we picked them!

My choice here was a rather easy one, because when “La La Love” comes on I am transported into another realm that involves a full lipsync performance and choreography. This is one of the best ventures into pop by Cyprus without completely losing an ethnic identity (which I can’t say about the last 3 years). Plus Ivi Adamou is a freaking diva (not to be confused with the winning song of 1998). This song goes down in one of my top 100 songs of Eurovision, and I don’t see it moving out anytime soon.

Of course Cyprus’s best is Eleni Foureira’s “Fuego.” This club banger just rules. And it’s the Eurovision entry of the decade that seems set to be the most heard outside of Eurovision, as it was just recently used as an anthem at the Womens’ World Cup. A wonderful, fun club track, and no surprise they tried a soundalike in 2019 in “Replay.”

Sorry eurofans, no eurodivas here. I know I’ll get hate for this, but I find Fuego, La La Love and Replay all hugely overrated. They’re perfectly good pop tracks but they’re nothing earth-shatteringly special in my opinion. Now, onto my personal favourite. Jon and the Islanders were just a breath of fresh air in 2010. It’s a simple, jolly, acoustic song that creates a mood and tugs on heartstrings. Jon is an excellent live vocalist and it was just a pleasant performance to watch. I was so pleased to see this in the final as there was some doubts on whether they would make it through!

Okey, don’t hate me for this choice, but I got to give some la la la la love to probably my biggest guilty pleasure of Eurovision ever. This song just makes me smile and want to dance every time I put it on. I do not mind the bad vocal performance at all and I think it is all about the vibe and the energy rather than the quality of the vocals. I feel like this is way more the case in dance-songs so I feel like it is actually very justifiable. Sorry Eleni, you were cool too, but I got to give it to Ivi this time.

Yep, I’m going against the grain with this one. While unimaginative people will claim this rips off Rag n Bone Man, this is a sleek, well-produced, atmospheric pop track with a very likeable performer and a memorable performance to boot. It’s catchy as hell and has enough interesting elements to keep me coming back for more. Plus, I just love when songs have some kind of echoey space aesthetic, so this definitely appeals to me more than any other Cypriot entry of the decade!

Is there really any other option?

We have converted all our team members rankings into Eurovision style points. This is how we rank the entries from Cyprus!

In the poll below #YOU can vote for your favourite Cypriot entry from this decade! Let us know your decision and we’ll reveal all on Wednesday!

We’d love to know what #YOU think of Cyprus’s entries and the series as a whole. Get in touch with us by commenting below, posting on our forum or visiting our social media pages! 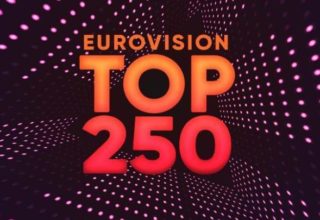