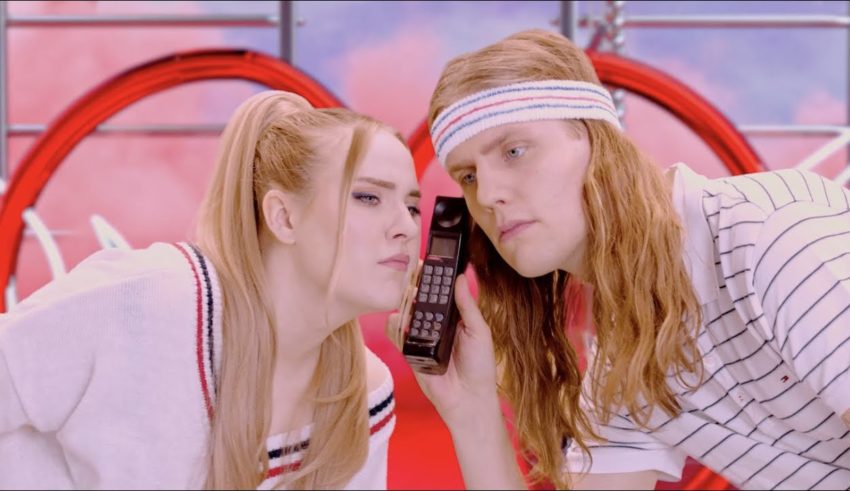 While the Eurovision 2021 season may have kicked off last month, many alumni have been releasing brand new music on Spotify and YouTube. In total we have 28 releases from around Europe – and we are excited to bring them to you! We selected a few at random to feature, but you’ll find the full list of songs in a YoutTube playlist below.

Like a phoenix from the ashes, Cascada returned to the music industry to drop her single “I’m Feeling It (In the Air)” back in October. Earlier this month she dropped an official remix for the song featuring nostalgic Eurodance banger vibes of the 2000s – the genre that helped her gain popularity and an eventual Eurovision ticket. As of today the remix has already achieved 159,000 plays on spotify and YouTube combined. Welcome back queen!

It would seem that 80’s fever is taking over the world, as Daði has another nostalgic hit on his hands featuring Icelandic singer ÁSDÍS. Ironically, this is not the first time that ÁSDÍS has collaborated with a former Eurovision participant, as she released a “Worth It“ with Gromee of Poland last year. The song feature’s Daði’s signature synth instrumentals, a catchy beat, crazy visuals, and a disco drag queen! In its first month the song has already picked up 561 thousand plays between YouTube and Spotify!

The Azerbaijani pop star SAMRA has been hard at work during quarantine, putting together her new album Göz. Her song “Biri Yox, Biri Var” is the fourth featured track on the album and features a very relaxed vibe. The music video features her alone on a lit platform doing limited choreography, but she certainly knows how to sell the mood of the song!

You may be scratching your head thinking…..Red Moon isn’t a Eurovision band what’s this doing here? Well you’d be incorrect thinking that, because Red Moon is Debrah Scarlett’s new artistic endeavor, created in 2020. The official version of “Medusa” was released by the band in May of 2020 though this video features a more acoustic rendition of the single.  The song comes from their debut EP Phase I:XI – out now!

The 80’s are back with vengeance in Jurijus’ new song “Geltoni Kranta“! While the song does not currently have a music video, we can tell that this is the perfect song to dance alone to, or perhaps to do some jazzercise to. Either way, we promise the song is perfect to lighten up those cold winter days and nights!

From the 80s to the 90’s, Helena is serving some up a new single full of things to be excited about. For starters she has joined forces with Greek artist Marseaux, who has released about 49 songs with 24.8 million plays total. The song brings back numerous elements from 90’s culture including the box TVs, the popular all demin trend (Remember that Brittney denim dress?), clashing patterns, and hip-hop dancing. The song will appear on her upcoming album Apohrosis​.

Listen to all of the January Releases below!

What do you think of these new releases? Did #YOU find your new jam? Let us know on social media @ESCUnited, in the comments section, or on our forum page!