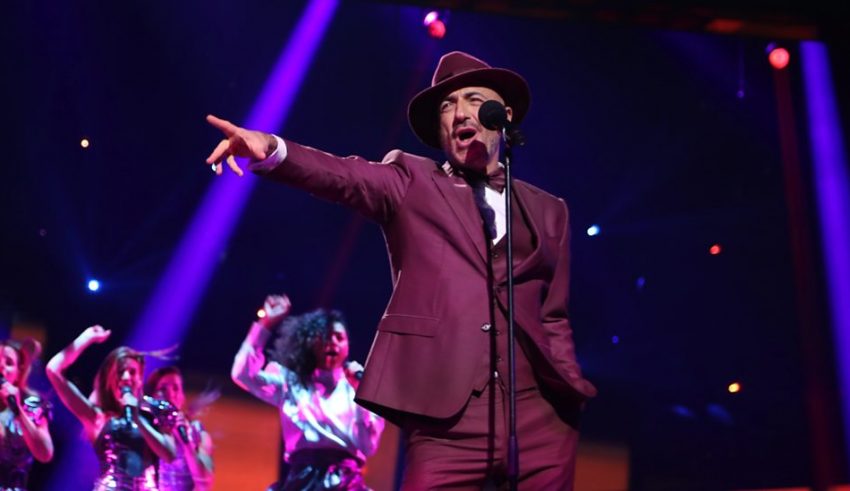 San Marino breathed a sigh of relief on Monday when it was announced that it was Serhat, and not the celebrity gossip magazine reality TV “star” Rodrigo Alves, who would represent the microstate at the 2019 Eurovision Song Contest in Tel Aviv, Israel.

Regardless of your opinion on Serhat himself, this news puts to bed this year’s silliest Eurovision rumor (the perpetual will Within Temptation descend from their symphonic rock pedestals to grace us mere mortals with an entry for The Netherlands rumor aside): that “Human Ken Doll” and reality TV fixture Rodrigo Alves tried to eke out more gossip for his “fame for the sake of fame” career by opportunistically linking his name to San Marino’s search for their next Eurovision representative.

Now, I don’t want this piece to be all about how awfully Alves presents himself to the world, so I want to first address the Serhat pick himself: THIS IS AWESOME! Now I know a few people in our forum are not exactly enamored with the choice of Serhat, but I do have to ask why no-one would love a second serving of him. Are some people allergic to fun? How can you not help but enjoy his Eurovision 2016 entry “I Didn’t Know”?

“I Didn’t Know,” as he explained in his ESC United interview in 2016, is a love letter to disco, particularly the New York disco club scene. Serhat’s performance comes off as Leonard Cohen popping a Viagra, chasing it with whiskey, and letting loose on the dance floor at Studio 54. It is a marvelous contribution to the party atmosphere of Eurovision. And Serhat himself comes out as genial, pleasant, and not at all odious. It is probably his game show host demeanor (he was the long-time host of Turkey’s version of “Jeopardy!” before launching his music career). A pleasant man bringing a pleasant song to a party! How can anyone not like that?

A common response to his announcement is that he did not make it out of Semi-Final 1 at Eurovision 2016 with “I Didn’t Know.” Did you see what else didn’t make it out of Semi-Final 1? Juri Pootsman’s “Play” and Greta Salome’s “Hear Them Calling.” Ask me to put together a Top Ten List of Eurovision non-qualifiers of all time, and three would be from this Semi-Final alone. Had he been in Semi-Final 2, Serhat probably would have made it. Kaliopi almost made it out of Semi-Final 2, and I am still in the process of replacing all the glassware her scream at the bridge broke. This year is looking good so far – Jonida Maliqi’s entry is “1944” Part Two, but a slicker, less obvious version, and Miki surprised everyone by bringing a good song out of Spain for once – so we’ll see how Serhat fares. But using the “he didn’t make it” excuse doesn’t really wash as a reason to dismiss him right off the bat.

The other one is always the subtle variation of Serhat being a “foreign mercenary.” Now this is where it is instructive that you go online and watch interviews with San Marino’s Head of Delegation Alessandro Capricchioni. If you want to hear about how the sausage of a small country’s Eurovision entry is made, and the challenges a 33,400 resident country faces in the contest, give him a listen. Capricchioni estimates that San Marino has a pool of 30 singers who would qualify as professional by the standards of the Eurovision Broadcasting Union, of which only 10 are full-time permanent residents of San Marino (the latter being more important for jury composition). Most of those 30 are in the opera or jazz genres, neither of which have shown too much interest in Eurovision in recent times (though that is changing for 2019, based on a few national selections so far). So unless Capricchioni goes for the old fellow down the pub who drunkenly does Bonnie Tyler karaoke, it’s Valentina Monetta or a foreign mercenary.

And as for Rodrigo Alves, was there really any legitimate reason to believe that he would have been picked to represent San Marino? Now for those who don’t know, Alves is a 34-year-old former air steward of Brazilian and British stock who became a fixture on British daytime television, due to his spending an insane amount of money on plastic surgery resulting in the “Human Ken Doll” look. “Fixture on British daytime television” should be the red flag right there, considering that is an industry that provides blowhard Piers Morgan a living after Americans ran him out of here for his execrable and patronizing turn replacing Larry King on CNN. When Jeremy Kyle is your industry’s best product, your industry is rotten.

To be fair to Alves, he is merely taking advantage of a daytime television system that demands cartoonish villainy to separate people from the chancers and wags and other assorted charlatans that dominate British daytime television. In the States, our reality TV villains are people like Real Housewives of Orange County original diva Vicki Gunvalson, but you can’t slate her overall as she is one of the largest salespersons of homeowners and automobile insurance in the country. The Kardashians have products to sell other than themselves, some such as Kylie Jenner’s make-up line actually considered good products. American reality TV stars have a work ethic alien to British daytime TV, however the biggest and most understandable complaint about Alves was his appearance on last year’s “Celebrity Big Brother,” where he dropped the n-word after being asked about his preference in partners. Not that there is any occasion where using that word is appropriate, but this was a totally unforced error and rightly so he got the boot from the show.

And ever since Capricchioni announced on December 31, 2018 that San Marino were going international for their artist, Alves lampreyed himself on to the story and hinted he was the one without mentioning any specifics other than “I’m available, I have a song”. Alarm bells were ringing, but having seen Capricchioni in many interviews and references to him by ESC United Editor-in-Chief Matt Friedrichs, Alves just doesn’t sound like the sort of headache Capricchioni would put himself and San Marino RTV through. He went into detail about how much of a hassle the dancing robot from their 2018 entry was. Watch his interviews with ESC United and on YouTube and ask yourselves if this is the guy who’d stress himself out even more by having to field questions about a competitor who was caught on tape uttering racial slurs. So we have to credit Capricchioni for not shredding our good opinion of him and his delegation’s openness.

Now I’ve spent time slating Alves and reality TV stars, and you could ask if there is anyone from reality TV who could step up for Eurovision? Funnily enough, on this season of Real Housewives of New Jersey, 12-year-old Milania Giudice debuted her song “Grow Up.” Milania is the daughter of Teresa Giudice, who most people remember for her infamous “Prostitution whore been engaged 19 times” table-flipping rant. Of course being rich and from New Jersey, it was only a matter of time before the Giudices threw money at a music career, and enter the Fetty Wap mentored Milania Giudice.

Is “Grow Up” any good? No. Has any Real Housewives song other than one penned by Kandi Burruss been? But as they say in Italy, when life hands you lemons, you make limoncello. And Milania’s father, Joe Giudice, is being deported from the United States to his native Italy due to some issues stemming from his being convicted in 2015 of mail, wire, and bankruptcy fraud. So should San Marino need an entry for Junior Eurovision or Eurovision in four years time, there’s a Fetty Wap mentored option for Capricchioni (and as money is, rightly for the cash-strapped microstate, an issue, the Giudices will come with their own to promote Milania).

Do #YOU think San Marino should have gone with someone other than Serhat? Should Capricchioni keep the Giudices number in his Rolodex? Share your thoughts with us on our forum, below in the comments or on social media!