Home 2011 Eurovision Class of 2011: Where are they now? Semi-Final 1 Eliminated Contestants 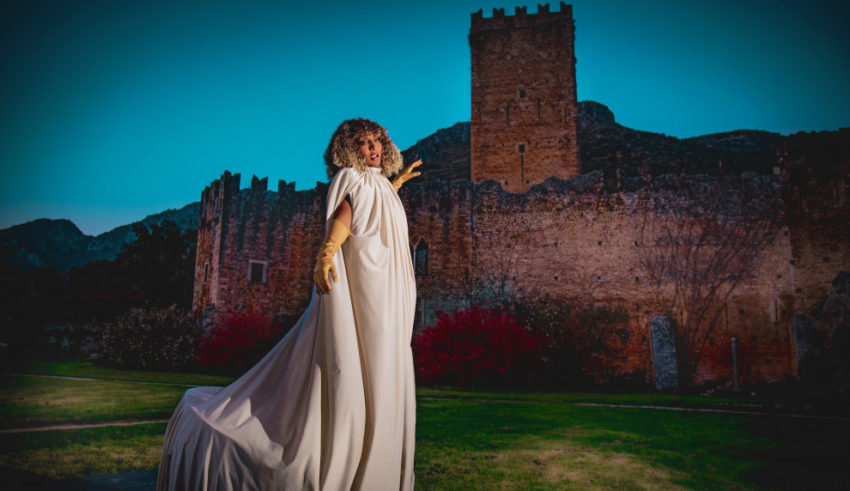 We are rapidly coming up on Eurovision 2021 in Rotterdam, The Netherlands, and with 2020’s cancellation and the modifications for 2021, we feel as if we’re entering a new era.

So what better time to look back to the end of a prior era, one decade ago, when Eurovision 2011 took place in Dusseldorf, Germany, back in the “pre-modern” era before Loreen’s “Euphoria” brought a new dawn to the contest.

(If you want a discussion of Eurovision epochs, which has been a topic of discussion between us writers here at ESC United, in a series of editorials for the summer, let us know.)

Anyway, Lena won Germany’s second Eurovision title (and first post-unification), and Germany elected to host it at the Esprit Arena in Dusseldorf, the first time since 2004 the contest was held outside of the host nation’s capital.

Today, we look at the acts eliminated in Semi-Final 1 on May 10, 2011 and how they have fared since their appearance on stage in Dusseldorf. For the record, this is the second year that the modern structure of the Top 10 from each Semi-Final progressing to the Final (the Jury wildcard was eliminated in 2010).

But without further ado, here is what happened to the eliminated acts from Semi-Final 1 at Eurovision 2011.

Though “Jestem” crushed Krajowe Eliminacje 2011, winning the Polish national selection with 44% of the vote of the ten entries, “Jestem” sadly finished dead last in Semi-Final 1.

And as we’ve seen with recaps such as these in years past, that doesn’t often mean much in the grand scheme of an artist’s career.

Similarly for Magdalena Tul, her career kept going with hit singles in Poland (from two albums, “Brave” in 2014 and “Mindfulness” in 2019).

It was also not Tul’s last attempt at Eurovision, with her sending “Give it up” to the 2013 Swiss national selection (it did not make the final) and her being a Polish judge at Eurovision 2014.

In 2020, as with most of us, Tul was affected greatly by COVID. However, she released a single, co-composed with her 12-year-old son Christopher Hand, called “Empty Town.”

On the very topical song, Tul said “Considering being locked at home, all I could do was to use the tools available and my son’s talent. Yes; I, the perfectionist, entrusted the whole production to a 12 years old man, who is also a co-composer of Empty Town because his arrangement inspired me to write the melody.”

This is one of those “you have to be a local” to get it entries, a novelty act that inspires laughter at home and absolutely nowhere else because no foreigner gets the joke. That being said, over the years Homens da Luta (Men of the Struggle) remains a curio that was brushed aside at Eurovision 2011, but does not inspire hatred in the way that “Dustin the Turkey” does.

Perhaps it’s the slightly meta nature of the act – Homens da Luta is a comedy duo that parodies the Portuguese songs that came out right after the 1974 Carnation Revolution, which itself was kicked off when Paulo de Carvalho took the stage with “E depois do adeus” at Eurovision 1974 – and the current atmosphere of protests that has warmed fans more to “A Luta e Alegria” (“The Struggle is Joy”)?

Or perhaps its because the duo – brothers Vasco Duarte and Nuno “Jel” Duarte – have persevered over the years, and have recently turned their sights on COVID, with “I’m Fed up with COVID” being a recent song and video from the group. They have also taken to social media to provide awareness and raise money for comedians who have been forced out of work during the last year due to restrictions on live performances.

Kenyan-Norwegian singer Stella Mwangi’s luck after Eurovision 2011 continued to worsen. Her father, who was largely Mwangi’s primary influence in her channeling her Kenyan heritage to stand out from the other music acts of Norway, was killed in a hit-and-run auto accident in early 2012.

Mwangi has, however, continued to release songs, at an average of one a year, after her debut album “Kinanda” was released in 2011, though none charted as high as “Haba Haba” (Number 1 in Norway).

Mwangi later teamed up with Alexandra Rotan (the lady one from KEiiNO) to try out for Norway’s Melodi Grand Prix 2018 with “You Got Me.” The duo did quite well, making it to the Gold Final and coming in 3rd behind winner Alexander Rybak’s “That’s How You Write a Song.”

Additionally, Mwangi has continued contributing to film and game soundtracks. She got to MGP 2011 on the back of two songs she contributed to the 2007 movie Redline (the Wish.com version of The Fast and the Furious), and later contributed tracks to Little Women (2018) and The Wedding Year (2019). She also just wrote and contributed “Ma Itu” to Ubisoft’s remarkably long lived franchise Just Dance 2020.

Alright, we know exactly where Senhit ended up. She is back again, representing San Marino at Eurovision 2021 with nine writers and (maybe) American rapper Flo Rida, whose last big hits (such as “Whistle”) were around the time Senit hit the Esprit Arena with “Stand By.”

That’s not a slight on Senit. Since her 2011 appearance, Senit (now known as Senhit) has worked hard to build up a cult fanbase to the degree that, as with San Marino’s other cult mononymous sensation, Senhit is seen as a likely qualifier for the 2021 Grand Final by bookies.

After Eurovision 2011, she released singles over the years, but in 2014, after becoming a television talk show host, she rebranded herself as “Senhit,” signifying a new chapter in her career. She released an EP in 2017 and toured Europe in support of it, and in 2020, she was internally selected by San Marino to represent the landlocked mountain country for a second time, holding a small online only national selection. “Freaky” won the selection, but you-know-what cancelled Eurovision, and she was invited back for 2021.

“Stand by” was composed by Italian musician and Berklee College of Music graduate Radiosa Romani. After Eurovision 2011, Romani provided the score for four short movies before moving full time into venture capital and private equity. Romani currently works as an Open Innovation Manager for LVenture Group in Rome, Italy, connecting Italian start-ups with investors, excelling in a different career to the one she started with the song she sent to Dusseldorf.

German born Daria Kinzer edged out Jacques Houdek at Dora 2011 to represent Croatia in Dusseldorf, but sadly could not make it to the Grand Final on her home turf.

Kinzer did return  to Germany after Eurovision 2011, and in 2013 released an album of schlager covers in German called “Zwischen Himmel Und Erde.“

Though that was her last album, Kinzer remains active as a live singer with many concerts calendared for her for the summer of 2021.

Songwriter Boris Đurđević, who was already famous in Croatia for being part of dance duo Colonia, continued with Colonia while also being employed by Croatia’s RTL Television to compose themes for television shows. As part of Colonia, Đurđević released “Fortress” in 2013, “Phoenix” in 2015, and “New Era” in 2018.

Eurovision 2011 was the start of Aurela Gaçe’s Second Act – after a few years out of the music industry, when she retired to the United States after four albums and much success in Albania in the late ’90s – and though Europe did not reciprocate Aurela’s feeling of passion, she continued her artistic output throughout the 2010s.

Aurela’s view counts for her post-2011 output is staggering for an Albanian performer – her newest single, “Lento,” has so far amassed 7.3 million since its debut on August 3, 2020. Additionally, she had back-to-back wins in 2014 and 2015 at Kënga Magjike, Albania’s other renowned musical festival.

Meanwhile, composer Shpëtim Saraçi was involved in a feud with Albanian broadcaster RTSH when they decided to merge his department with another one. The incongruency and conflicting missions involved litigation, and ultimately Saraçi and his wife, singer Mira Konçi, emigrated to the United States in 2017.

Lyricist Sokol Marsi, however, got another shot at Eurovision. His composition “I’m Alive,” performed by Elhaida Dani and produced by Darko Dimitrov, won Festivali i Këngës and got to Eurovision 2015. “I’m Alive” came in 10th in Semi-Final 1, scraping into the Grand Final, where ultimately Dani finished 17th. Marsi continues to work as a writer and producer in Albania.

Turkish rock group Yüksek Sadakat currently hold the unwanted record of being the only Turkish entry to have not qualified from a Semi-Final to a Grand Final.

However, that doesn’t seem to have dented their popularity, with their post-Eurovision work getting eight figure views on YouTube.

They released “Renk Körü” and “IV” in 2011 and 2014, respectively, and are currently an active band. Indeed, they took to social media this week to criticize a recent alcohol ban in Turkey, their message making headlines in the local press.

As with Yüksek Sadakat, Armenia’s Emmy also got an unwanted record – being the first artist from her country to not make it out of a Semi-Final.

Not that it hurt her reputation locally – she continued releasing singles and in 2014 was even a judge on Armenia’s version of The X Factor.

However, as with many other current Armenian artists, she tried to get in with the large expatriate community in Los Angeles, California.

Hayk Harutyunyan, who was part of Armenian rap-rock group H.A.Y.Q., is still going strong in that group, and lyricist Sosi Khanikyan, who has also contributed lyrics to H.A.Y.Q. songs, ended up with a presenter job at Armenia’s Public Television station. Khanikyan’s most recent credit is as a lyricist on Sevak Khanagyan’s “Artsakh,” a song about the 2020 war with Azerbaijan.

Glen Vella first tried out for Eurovision back in 2005, and after being eliminated by a single point at Eurovision 2011 (Malta were one point behind 10th placed Switzerland), Vella tried again.

Vella entered the Maltese national selection for 2015, coming in 3rd behind Amber’s “Warrior” and Christabelle’s “Rush.”

While he did not try for Eurovision again, he did try out for another contest recently and succeeded – Vella won Malta’s Muzika Muzika 2021 with “Harsa Biss.“

Composer Paul Giordimaina, who had represented Malta at Eurovision 1991 as part of Georgina and Paul Giordimaina, coming in 6th with “Could it be,” also attempted another comeback as well, alongside “One Life” lyricist Fleur Balzan. They co-wrote “Ten” for Corazon at the Maltese national selection in 2014, as well as Amber’s “Because I Have You,” which came in 4th. Amber herself would follow in Vella’s footsteps by representing Malta and narrowly missing out on a Grand Final herself.

Giordimaina and Balzan tried yet again, writing “You’re Beautiful” for serial Maltese competitor Lawrence Gray at the 2016 Maltese national selection. Sadly, it was one of seven of Gray’s unsuccessful attempts to represent his country since 1999.

In our forthcoming review of Semi-Final 2 eliminated acts, we will look at:

Which one of these Semi-Final 1 contestants did #YOU think deserved to go through to the Grand Final at Eurovision 2011? Whose career have #YOU been following one decade on? Let us know in the comments below, on social media, or in our forum.