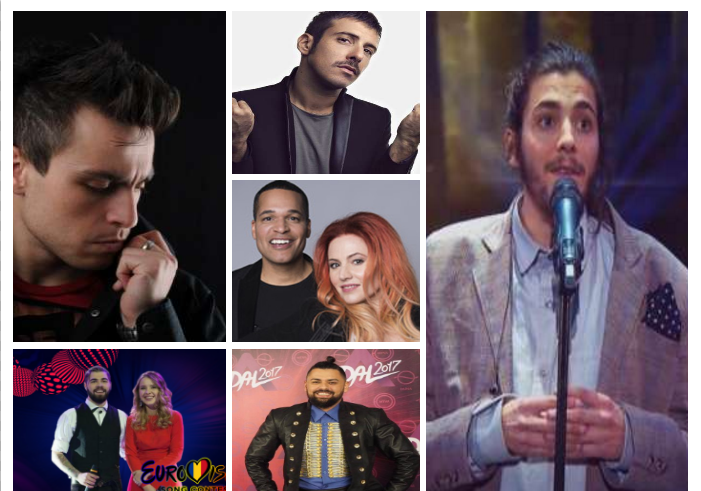 We asked our readers yesterday to eliminate two songs and the unlucky ones are Armenia in SF1 and Malta in SF2. They have been eliminated from the game leaving 35 songs in the running.

Italy is the first country in this Semi to be nominated for the second time. As one of the favorites, is he too big of a target to survive the Big Brother game? Another favorite is Salvador from Portugal, he is also up for elimination. And last but not least, Omar Naber from Slovenia is also on the block is he on his way out of the BB game? It’s up to you, please vote in the poll below for the song you want to eliminate.

Semi Final 2:
Poor Valentina and Jimmie, they are up for elimination again, this is their third time nominated, can they escape elimination again? Hungary is also in danger for the second time while the Yodel song from Romania is facing elimination for the first time in this game. It’s up to you to decide who stays and who goes. Please vote int eh poll for the song you want to see gone.

You have 24 hours to cast your vote, vote while you can.