Home 2022 Elsie Bay: “I really want other people to be able to interpret this song in their own way!”

This week we were able to interview Melodi Grand Prix autoqualifier Elise Bay ahead of this weekend’s MGP final. Together we discussed her background in music, her decision to submit a song this year, and what her song “Death of Us” means to her. Read our conversation below!

Hi there Elsie – thank you for interviewing with me today! Why don’t you give our readers a quick introduction as to who you are?

Hi! My real name is Elsa Søllesvik, and I am a Norwegian girl from the west coast of Norway. I used to be in a duo called “Elsa & Emilie”. We started out at the age of 13, writing our own songs and performing at school concerts etc. When we were 17, we were signed to Sony Music Norway whom we released two albums with. We got to tour Norway, play TV-shows and big radio shows! It was so much fun! After 8 years together (age 21) we decided it was time to do something different. I still wanted to write music, and so I have been writing for other artists, and now I have released my first song “Death of Us” from my solo project “Elsie Bay”.

Wonderful, thank you for sharing! Now you were announced as one of the auto qualifiers for Melodi Grand Prix some time ago, and performed during the first semi-final. How has life been treating you since this whole journey started?

The response has been so amazing! I am so grateful to everyone who has listened to my song, who support me and who are taking the time to reach out to me! People are so kind!

I’m glad it’s been so positive for you! And if you had to describe your music or musical style to someone, what terms, phrases, or references might you use?

And if you had the ability to collaborate on a new single with any artist in the world, who would you pick to work with and why?

Bon Iver! He writes the coolest lyrics and has an amazing sound!

Thinking over to Melodi Grand Prix, what made you decide to participate in the selection and submit an entry this year?

I was part of last year’s MGP as a songwriter for EMMY (Witch Woods), and I had a lot of fun doing that! Also, Erika (IMERIKA) from last year is my friend! So, this year I wanted to write more songs for MGP, and when I wrote Death of Us and was offered to do it as an artist, I called Erika to hear about her overall experience – and we decided it would be a great fit for me as well!

Your song “Death of Us” features some pretty serious and deep lyrics – can you help our readers understand the story or message behind your song?
I really want other people to be able to interpret this song in their own way! It’s so important to me that one song can mean different things to different people! But, for me this is a song about accepting that you love who you love – and the sooner you accept that, the sooner you can start loving that person. And there is, in my humble opinion, nothing better than loving someone when they love you back.

And you have a very intimate staging for your song – how did the concept for this dark stage and empty orchestra come about?

We talked about doing something simple because we wanted the focus to be on the music!

Were you happy with how it looked on TV during the first semi-final or might we see some small changes to your performance in the final?

I think everyone, including myself, the production team and the fans feel like we can do a little better. So that is our plan for the grand finale!

I can’t wait to see the changes you’ve come up with! As we all know, the winner of Melodi Grand Prix will go on to Eurovision to represent Norway in May. What would it mean to you all to be able to go Eurovision?

It would mean that I get to perform my song in front of 200 million TV-viewers! There is nothing in the music scene that can compare! It would be a dream come true and a huge step towards being able to make a long living out of writing music! 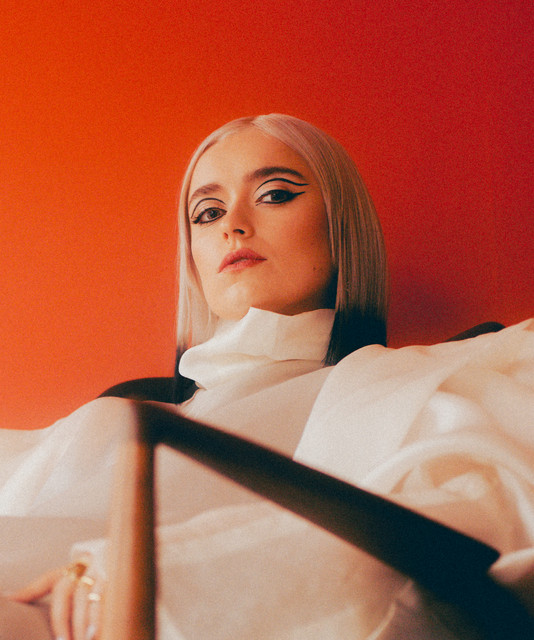 Alright, now this might be a bit of a hard question – why do you believe you deserve to win Melodi Grand Prix this year?

I wouldn’t say I deserve it more than the other ones, but I am very proud of this song! Andreas has done a phenomenal job composing the music. I have not met anyone this talented in years! And I am very happy with the lyrics that I’ve written! I feel like these lyrics stand out. They have many layers and can mean many things, vs. some of the more standard pop songs I have written!

Now for those who want to connect with you ahead of or after Melodi Grand Prix, where can they find you and your music?

Alright, one final question for you – is there any message you’d like to share with our readers?

Thank you so much for all the support you have given me so far! I am forever grateful! I really hope to see you all in Italy! Keep enjoying MGP and Eurovision! It’s such a lovely thing to be a part of, and that’s all because of you! So, thank you again!

Well Elsie, I want to thank you again for your time and we wish you the best of luck in the MGP final!

What do #YOU think of Elsie’s song “Death of Us”? Let us know on social media @ESCUnited, on our discord, or on our forum page!

Yesterday, just days after their landslide victory in Turin, the members of Kalush Orchest…