Home 2021 Uku Suviste will fly the Estonian flag in Rotterdam! 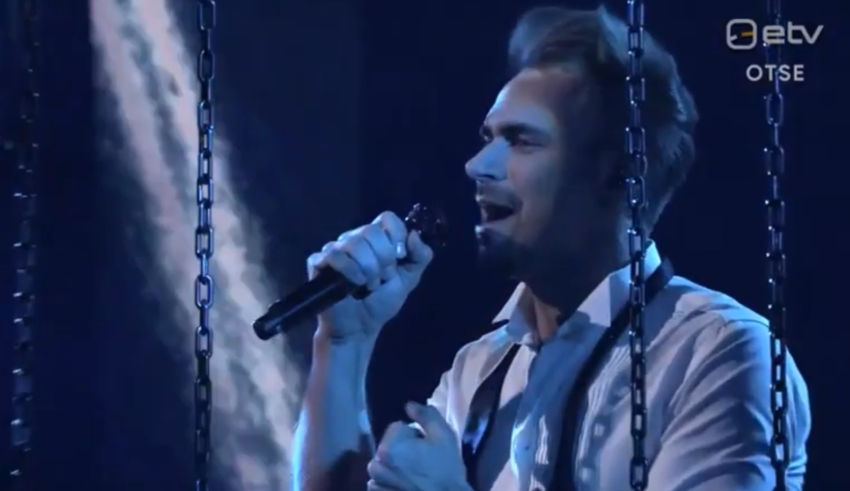 Eesti Laul has once again drawn to a close with a high-quality twelve song final concluding Estonia’s search for a Eurovision 2021 star. The winner of the competition is now clear – and it’s Uku Suviste who will fly to Rotterdam and represent the Baltic nation in the contest!

Tonight saw the twelve qualifying acts from the semi-final stages of the Eesti Laul competition take to the stage one last time, with the exception of Andrei Zevakin & Pluuto who were in isolation.

The show took place from an empty Saku Suurhall in western Tallinn, with the normally lively Estonian crown silenced by pandemic measures, as in much of Europe. This did little to dampen the spirit however, with a good green room atmosphere and a well-produced show. The competition was opened by heavy metal covers of last year’s entries, before a walk-out parade of the twelve competing acts in this year’s Eesti Laul final.

The performances in tonight’s final were;

Following the performances and a half hour break for other domestic programming, the show returned for the second part. The second show included various interval act performances such as from Pitsa and Mr. Lawrence.

It was then time to announce the international jury results (which saw Sissi’s “Time” at the top), followed by the results of the televoting. A combination of the rankings from these votes decided the final three in the Superfinal, which were;

After another round of voting, the Estonian entry for Eurovision 2021 was decided and it became clear that Uku Suviste would defend his title and would go to Rotterdam!

#YOU can watch the Estonian entry for Eurovision 2021 below;

Uku and Estonia will perform in the first half of the second semi-final on May 20th, 2021.

What do #YOU think of Estonia’s choice for Eurovision 2021? Share your thoughts with us on our forum HERE or join the discussion below and on social media!