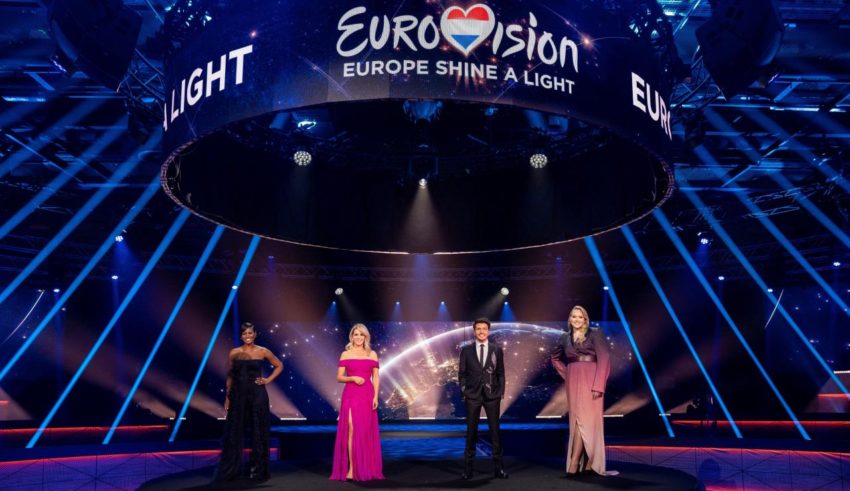 After Eurovision 2020 was cancelled due to the COVID-19 pandemic, the EBU promised that Eurovision fans would not have to go without the contest next year. In order to maintain that promise, the EBU and dutch host broadcaster AVROTROS created a 4 part plan to host the contest. Each plan takes into consideration 4 different realities that could happen in 2021 from lockdowns, travel bans, and distanced shows.

Below we will break down each plan and what it would entail for the contest.

Plan A – Business as Usual

Plan A is pretty simple – it is the contest as it would usually happen in any other year. Shows will happen in person and feature a press center, the Euro Village, a packed stadium, and all delegations staying in Rotterdam. This reality would be the most ideal for the Eurovision community as it allows for in person merriment, live events, and performances in the Ahoy arena.

Plan B is similar to Plan A in that the show will still be broadcasted from the Ahoy arena and host all delegations in Rotterdam as much as possible. Where this plan begins to take a turn is how things off the stage will work. This plan will require events to be socially distanced all throughout the city, and will likely bring admission capacity down to a 25-50% normal capacity. This restriction will also happen within the arena as the audience will need to be 1.5 meters apart (6 feet) and will massively reduce the live crowd present in the Ahoy arena. The press center will also fall victim in this plan and press accreditation will also be reduced to meet distancing standards. This plan will be widely dependent upon the restrictions still in place by the Dutch government come May 2021.

Plan C would be a very difficult plan to pull off as it would mean that travel restrictions are still in place within the Netherlands and all over Europe, which will block some, most, or all artists and delegations from appearing live in the Ahoy Arena. This plan would require some participants to participate via satellite feed or pre-recorded performances, a reality that the EBU would not even consider for the 2020 contest due to inequitable access to resources. Most Eurovision side events like the pre-parties and Euro Village performances will likely transition to virtual events.

Plan D is the worst plan possible for the song contest, as it would shut down any and all chances of an in person event and would not allow for any live performances in Ahoy. The show would still take place in Ahoy similar to how the presenters handled the show in “Europe Shine a Light” – moving from one pre-recorded bit to another. The reason this plan would be the worst reality for the contest is due to the fact that this would likely drain the contest of it’s spirit. If the handling of the EBU alternative programming is any indication, the contest may look extremely different from the fun, spirited, and jovial essence that it traditionally contains. Side events would also be transitioned to virtual events in this scenario.

Additional news was announced along with the plan that confirmed that the hosts from the to-be 2020 contest would be hosting in 2021. That means that Chantal Janzen, Jan Smit, and Edsilia Rombley will cover the contest on the main stage and Nikkie de Jager (known on the internet as NikkieTutorials) will return as the Green Room representative. The stage design will also be carried over as well, as production on the stage’s elements had already begun prior to the event’s cancellation. After “Europe Shine a Light” it was confirmed that the theme “Open Up” would also be used for the 2021 contest.

According to the official Eurovision Channel, the final decision on what plan needs to happen will be made in early 2021. Until then AVROTROS and the EBU will develop all 4 plans to make sure that a final product can be created before the shows in May.

What do #YOU think of the plans for Eurovision 2021? Would you still participate in a socially distanced event? Let us know in the comments, on our forum, and on our social media!