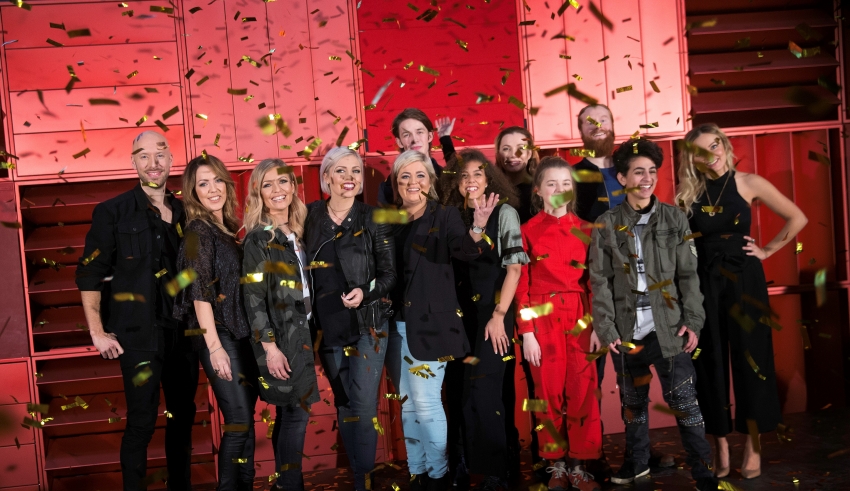 As usual we are taking the opportunity of another national final to share our opinions on the participating songs and see if we can come to a consensus on who should win. Tonight it’s the turn of Denmark and our attentions turn to the ten songs fighting for the Danish ticket to Lisbon. Which songs did we think should win?

Zack – 5 points “The first 30 seconds had me intrigued and then it immediately fell into predictable and bland Scandanavian territory. Why do all of these songs sound like Melodifestivalen rejects?!”

David – 3 points “When discovering this would be Ditte’s 3rd attempt, I honestly hoped for something right this time, since her 2 past tries were rather good, this one however seems very dull. It just feels like a simple pop song, with simple lyrics”

Stefan – 2 points “Too aggressive, just too much and I feel like there’s no music at all. Just a couple of beats and that’s it”

Zack – 6 points “Cute song. Sort of reminds me of something Lena would have done when she first broke up. I feel like this is going to be like Alva “Arrows” – sounds good in the studio and comes off empty on the stage.”

David – 4 points “A sweet lullaby song, but nothing more than that. A simple melody and some simply lyrics, not much more to say.”

Stefan – 1 point “Sometimes less is more, but this is way too much less. So simple. Girl you are trying to go to Eurovision. I am not asking for fireworks, but at least something.”

Zack – 5 points “Another song with a nice build-up, but comes off a bit cold and sterile, lacking any soul. What does this mean? A very capable Scandinavian pop smorgasbord. So for me, it’s alright. But nothing makes me go wow and I feel like it should have.”

David – 8 points “I’m kinda split about this one, it’s epic, it’s different, it’s catchy, but it also feels long, it’s kinda filling and somewhat pushing. I like the song quite a lot, but I easily get bored, because when you think it’s over, then it keeps going.”

Stefan – 9 points “I love the intro, the mystery that surrounds the song. I can already imagine an amazing stage performance with a lot of winds and smoke.”

Zack – 8 points “I’m a bit surprised. I was expecting that annoying vocal from “Saturday Night” and instead got these breathy vocals (yet fitting for the song). Somehow this works. This is exactly the type of song that I would expect Whigfield/Sannie to be making in 2018. Its bridge and chorus will probably be stuck in my head for the rest of the night.”

David – 3 points “The song has some sassy tune to it, and this is really not me. It’s too much of a radio hit for me, I just listen to the song in background, but really don’t care too much about it.”

Stefan – 5 points “Of course we have a radio-friendly song. I feel like I’ve heard something like this a million times already. It’s just not that interesting that could make me vote for it.”

Zack – 5 points “These titles that come out of the national finals kill me! But regarding the song, this is all build-up with no big impact moment. What I think they think is that big moment finally arrives at 1:45 and is a bit lukewarm and tepid.”

David – 5 points “Strong lyrics, talking about love and war, which even the title indicates. However, I don’t feel the needed kick for this kind of song, Sandra has a strong vocal, but somehow I feel it could be much better.”

Stefan – 6 points “I could say that this is a ballad, but it’s not really one. I have some déjà vu, but I like it a bit. Yes, it’s somehow monotonous, but there is some potential.”

Zack – 5 points “Depending on the order that Sean puts these, I’m either going to say see what I said above for the other songs….or see what I say below. I’ve heard this type of song so many times before…and I’m bored!”

David – 2 points “Another way to radio friendly song, and the song just goes… in your ear, then out of the second. I don’t feel there’s a hook in this song.”

Stefan – 4 points “Well it’s no secret that girls from all over Denmark will vote for him. Luckily they are not the majority of televoters. The song is OK, no more, no less”

Zack – 3 points “No national final is complete without its attempt at recapturing the glory of “Love Love Peace Peace”. I dig the Wilson Phillips/Corrs/Bellefire blending of the vocals, but I’m just not impressed – I’ve heard this before so many times before.”

David – 2 points “I just can’t, this kind of song, I just can’t. I like their voices, but it’s totally the song the bothers me in this case, I sincerely just skip these kind of songs.”

Stefan – 2 points “Song about love, world, changes? Haven’t we passed away from songs like this already?”

Zack – 9 points “The first few bars, I was thinking what is this Animata reject. The musical arrangement is really sparse and atmopsheric. But as I gave it a chance, I found that this is what made it interesting – I like. There is no way this fits the Eurovision mold. But I said that about “Love Injected” and was wrong. But that was Latvia, perennial underdog. We are talking about Denmark. And there is no way this will represent Denmark. But I must say that I actually enjoyed this more than I expected to.”

Stefan – 2 points “Another song that isn’t very suitable for Eurovision. I guess it’s OK for local radios and TV, but nothing more. It’s just not something I could imagine seeing at Eurovision.”

Zack – 6 points “I’m immediately intrigued, given that it’s the only song not in English (about time!). It’s like the rest of the bunch – a bit dated, but the non-English lyrics help it stand out. I’m curious to see where this one ends up.”

David – 4 points “This being the only song in Danish, can be considered a good thing, but not for me. Since I can understand the lyrics, then I just feel they’re very bland. However, the beat is on for this one, but the lyrics needed to much stronger, then just what they are.”

Stefan – 10 points “This is good, very, very good. I would love to see a song in Danish in Eurovision. Even though I don’t understand a thing, I love it!”

Zack – 7 points “This is catchy, but feels a bit tried and done. It’s a couple years late to follow the dance-pop meets country/folk mold. Still, I often think of Eurovision as existing in a time vaccuum that sucks you back 5-10 years musically. With that in mind, it’s still a good entry.”

David – 8 points “I’ve lately been very caught by the western style, when it comes to music. I’m feeling it in this song, but it changes in and out throughout the song, switching between being a pop song and a country song. I get a bit lost because of this.”

Stefan – 7 points “I am not a fan of the country parts. I love the refrain and the whistling, but the song as a whole just seems unfinished, but yet again I liked it.”

So we have decided, it is either Rasmussen or Albin Fredy to Lisbon in our opinion! But what do #YOU think, do #YOU agree with our verdict?

Share your thoughts with us on our forum HERE or join the discussion below and on social media!