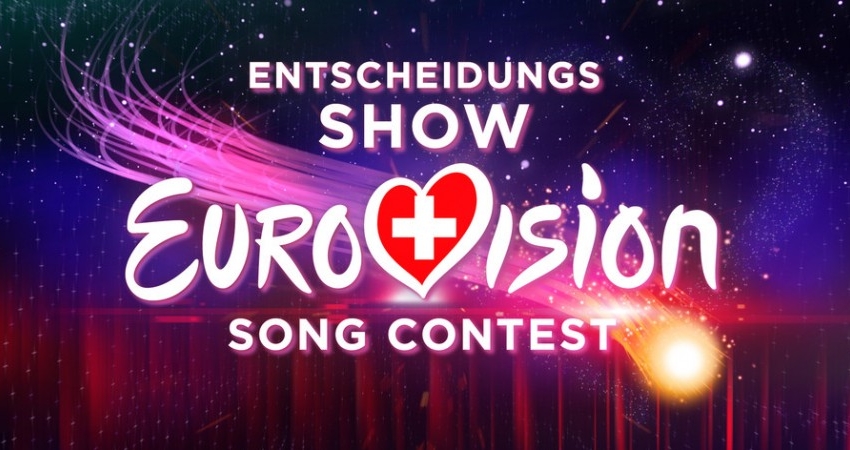 The views presented in this article are merely opinions and do not represent the views of ESC United as a whole, the EBU or SRF.

As usual with the national finals this season, we are taking a look at the candidate songs and passing judgement on who we think should be taking the trophy. Tonight’s Switzerland selection offers us another perfect opportunity to critique some Eurovision hopefuls, but which of the songs did we approve of the most? Sean, Stefan and Efe will cover this one…

Sean – 6 points “Apparently this is one of the favourites? I guess it will depend on the live performance as this will need a certain level of attitude to lift it. It’s just bland and unimpressive to me in the studio version. Needs a few more musical elements as it’s quite basic and plodding.”

Stefan – 6 points “I don’t know. It just kept me phlegmatic. Also I feel like the whole song has the same rhythm and the only thing keeping the song alive is her voice.”

Efe – 3 points “Well, although this song is the favourite of most Eurofans, I could not see any authentic or snazzy features with that song. Yes, there is a modern tone and a melody that includes “American pop elements”, but I still think that this should not go to Lisbon. Nevertheless, this song is one of the possible candidates so let’s see.”

Sean – 2 points “I thought Eurovision had moved on from the fake dramatic ballads that used to plague us so? She has a great voice but she deserves something more excited than this paint by numbers, flat pack ballad attempt. And oh look, there’s even a big note with a key change!”

Stefan – 10 points “Powerful Eurovision ballad. Yes, we heard them a bunch of times, but is it just me, or is there something special in this one? My personal favourite here.”

Efe – 5 points “Well, call me young or anything, but this song is absolutely in the Eurovision formula. The bridge, verses and the chorus totally feed each other and Angie’s voice is powerful and authentic. But, the only problem that I can see is that the melody and Angie’s voice are not matching with each other.”

Sean – 7 points “The Jonas Brothers called… but this isn’t too bad at all. A different take on the tween pop and RnB trend which hasn’t permeated into Eurovision too often so it could be a different route to take in 2018. I could see the performance letting this down however.”

Stefan – 6 points “Of course. we have a radio friendly song sung by a cute boy. He better have a dancer with him and they had better work it out together, otherwise it’s all pointless.”

Efe – 6 points “The melody of the song “Kiss Me” is catchy, especially the chorus. Naeman’s voice reminded me of  Nick Jonas’ voice though. The song is in a high tempo but I am not sure if it’s enough to represent Switzerland on the Eurovision stage.”

Sean – 5 points “From the first 30 seconds I was hoping this could be a captivating and emotive ride but it just doesn’t quite get to a killer moment in time for me and halfway through the song we start to go downhill again. This could’ve been a truly heart-wrenching song (in a good way) but instead it finishes in a cold place.”

Stefan – 1 point “Even though we have to hear about 100 more songs in this NF season, I can guarantee that this is the most boring one. Totally dull and monotonous”

Efe – 7 points “To me, it must be really difficult to sing a capella at the beginning of a song, but she killed it! Chiara’s voice is way too peaceful. The song is relaxed but I am not sure if the international jury and the public votes will help her to represent Switzerland.”

Sean – 10 points “One of my favourites of the whole national selection season so far. It’s catchy, it’s modern, I love the production and I can see it having a really bombastic performance. This wouldn’t be out of place in the charts either, although I know that isn’t a defining factor for a song. I can see an unlikely Sebalter moment once more for Switzerland here!”

Stefan – 6 points “Now, this guy is a fighter! Even though we all say we are sick of Despacito-like songs and lyrics, you have to admit that this song is just missing something.”

Efe – 4 points “I am feeling Shawn Mendes vibes. The voice of Alejandro and the melody of the song match each other. I like the song but could not say certainly that this song will be representing Switzerland in Lisbon this year.”

Sean – 9 points “A fantastically poppy piano-driven ballad to close off the selection and Switzerland could do much worse than to send this song to Lisbon. The lyrics are good, the structure of the song builds towards a satisfying pay-off of a final chorus and it has ‘goosebump big note’ potential all over it. The only risk would be sending something like this which could potentially be drowned out in similar songs.”

Stefan – 3 points “Can’t imagine seeing this on the stage in Lisbon. It’s just too simple and the Swiss people need some banger song to bring them back to the final. This song wouldn’t do that.”

Efe – 8 points “Her voice is beautiful. The song is kinda average but catchy. On the Eurovision stage, I can imagine that this song could be presented with back-up dancers and an effective back-drop. Although, the bridge part of the song makes me feel some Lana Del Rey vibes, I found this song really authentic.”

By our reckoning then, it should be Alejandro Reyes or Vanessa Iraci that is chosen tonight to represent Switzerland, but what do #YOU think? Let us know your thoughts below, join the discussion on our forum HERE or get in touch on social media!