Home 2020 Didirri: “I enjoy the road, and I enjoy meeting new people and seeing new places” 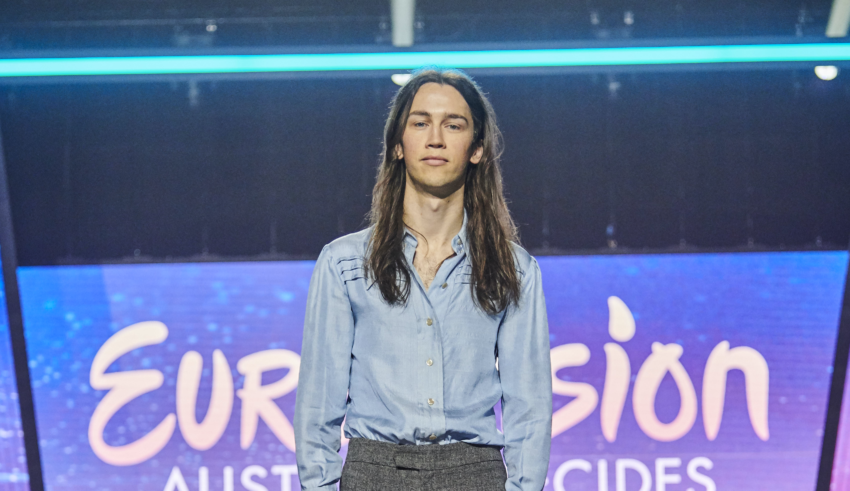 In our last interview from Australia, we speak to Didirri ahead of tonight’s jury final, and tomorrow’s live show!

Alternative artist and self-described “sad boy” Didirri is from a small coastal town, with a population of 35,000 people. He is the son of a painter and a children’s singer-songwriter, and grew up in a highly creative environment. When he was quite young, he went on the road as a circus performer, and learned to play piano as a teenager. After finishing high school, Didi (as he likes to be called) went on to study a Bachelor of Music, and began busking on the streets of Melbourne. The multi-instrumentalist likens his songwriting process to writing a personal self-help book, full of observations and advice to avoid repeating mistakes. Didirri will be performing 10th in the running order of Australia Decides, with the song “Raw Stuff”.

Hi Didirri, thank you for taking the time to talk with us today! What made you decide to compete in Australia Decides?

I made a very spontaneous decision. I was getting pizza with Paul (Clarke, Director of Blink TV and Creative Director of Australia Decides), and he had seen the song and it wasn’t out yet, and here I am! It was very last minute, I’m still kind of settling into it.

How are you finding the experience?

Fantastic. Everyone’s so supportive. It’s not competitive backstage which I was worried about, but everyone’s super lovely. I think everyone’s got each other’s songs stuck in their head at the moment. I’ve got Montaigne, “Don’t Break Me”. You’re in for a treat, she’s great.

I went for something very Australian, trying to be authentic to where I wrote the song, and when I recorded the song. Hopefully lots of natural vibes, I want to transport people to that house where I was, and the feeling that I had when I wrote the song.

You grew up in (Victorian coastal town) Warrnambool, is that where you wrote the song?

No, but close. About an hour down the coast from Warrnambool in a place called Johanna.

How do you find touring and city life compared to being on the coast, in the countryside?

I love touring, a lot. I find my routines get a lot better on tour – when I get home, everything just goes out the window. I enjoy the road, and I enjoy meeting new people and seeing new places. It gets tiring, but so does everything.

Do you have any rituals or good luck charms before you go on stage?

What do #YOU think of Didirri’s song, “Raw Stuff”? Let us know your thoughts in our forum HERE, in the comments below, and on social media!

In an interview with Australian outlet TV Tonight, SBS have announced they are abandoning …