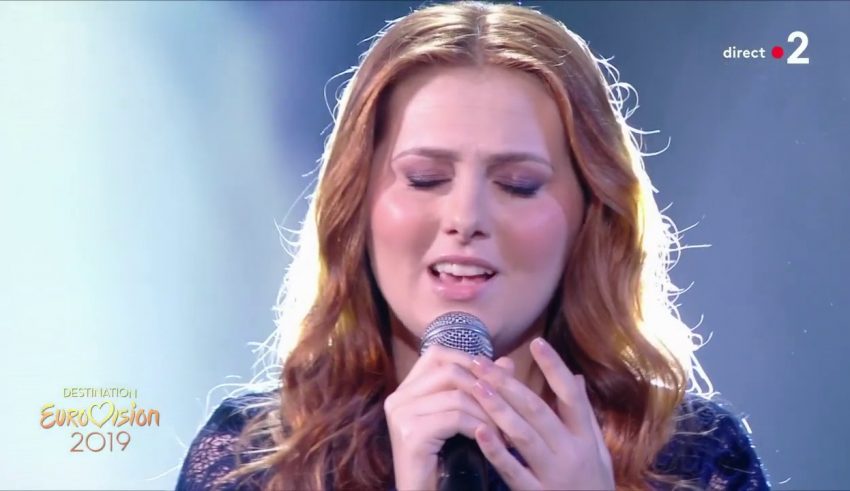 It is finally happening, the French Show Destination Eurovision is coming to a close tonight when the French viewers and International juries will choose the act that is going to represent France at the Eurovision Song Contest 2019 in Tel Aviv, Israel.

After two nailbiting Semi-Finals, the field of contenders was narrowed down from 19 to 8. Now the remaining acts will battle it out, the question is: Who will be victorious? In less than 24 hours, we will have the answer. It’s time to find out who #YOU think should win tonight.

So let’s not drag this out any further, who is your Number 1? You voted in our poll and Seemone is your winner as an overwhelming 44% of our readers favor “Tous Le Deux” over the rest of the pack. The young singer melted our hearts when after her touching performance in the second Semi-Final last week where she could barely contain her emotions. It resonated with people from all over the world and she is your clear favorite.

In second place is a local favorite, Bilal Hassani and his grand “Roi” finishes in second place receiving 23% of the votes. A lot of fans and prediction polls still believe that he is going to win it all tonight but only time will tell if this is going to be the case.  The Bronze Medal goes to the Divaz and their homage to the Queen of Soul Aretha Franklin. Overall, 9% of our readers like “La voix D’Aretha” the best. This trio came out of nowhere and is now one of the favorites.

The show will start tonight at 21:00 CET. You can watch the show using THIS LINK. We wish all finalists the best of luck tonight.