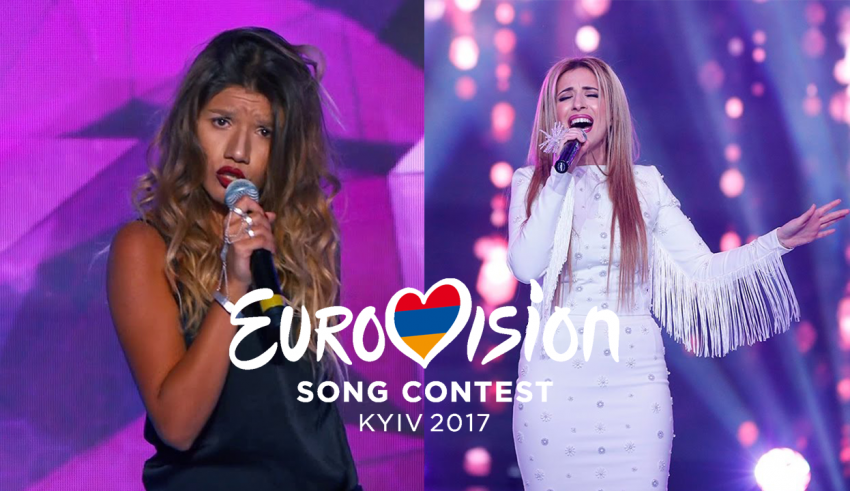 During this wonderful time of the year, we are enjoying being together with our beloved ones. However, if you do feel like adding something new, then fear not! Armenia has you covered tonight with the very final, of their national selection which goes under the name Depi Evratesil.

Since Armenia’s debut back in 2006, the country has been showing all of Europe, that they sure can take part in this competition, and that they sure can win one day as well. In Stockholm, Iveta Mukuchyan showed us some real power on stage, when she managed to bring Armenia back into the top 10, where she finished 7th with her song “LoveWave”.

Now we have 2 fine ladies, who has been fighting for weeks to reach the grand final.

Marta is our first finalist, who has reached the final being coached by Anush Arshakyan who represented Armenia in 2009, with her sister Inga and the song “Jan Jan”. She made her way to the final performing songs such as “Siro Kamar“, “Naugty Girl“, “Komitas Popuri” and the Belgian Eurovision song from 2015 “Rhythm Inside“. She didn’t manage to impress with the judges, but was popular among the viewers, who got her to the final.

Artsvik is our second finalist, she reached the final by being coached by Essaï Altounian who represented Armenia in 2015 with the group Genealogy, the group sang the song “Face The Shadow”. Artsvik’s journey to the final, included performances of songs such as “Stand Up For Love“, “Hurt“, “Crazy” and the Russian Eurovision song from 2015 “A Million Voices“. She was the darling among the juries, while the viewers also had a good eye for her, they just preferred Marta in the semi-final.

Now the 2 girls are standing in the final, and one of them will represent Armenia at the Eurovision Song Contest, which will take place in Kyiv. It has to be mentioned, that it’s only the artist that will be picked, which means we will only know which singer will go to Ukraine, but we won’t know the song after tomorrow night. If you wish to see and be one of the first to know who will represent the Caucasian country, then you can watch the show on this link: