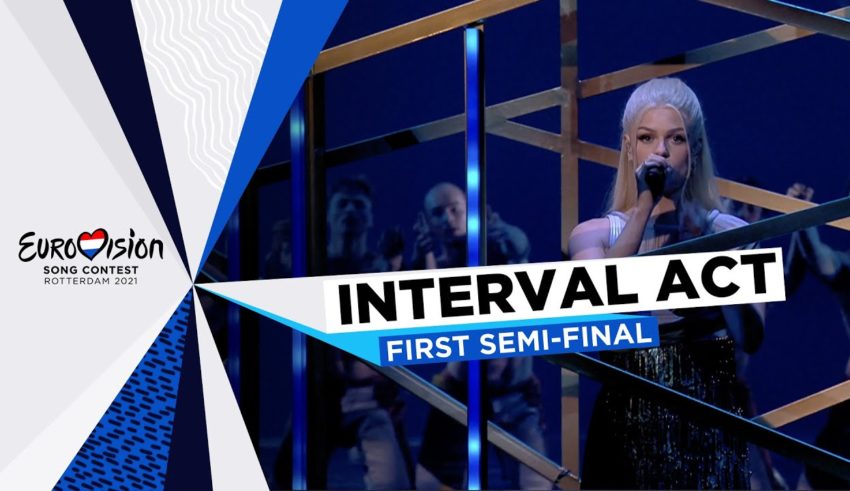 Rumors are already brewing as to who will represent the Netherlands in Italy next year. One artist who will not have to deal with such rumors is Davina Michelle who gave a mesmerizing interval act in the First Semi-Final entitled The Power of Water. Michelle has categorically ruled out participating for the Netherlands in 2022.

In a recent interview with Shownieuws, the 25-year-old musician recognized that her Interval Act would serve as a hint to a forthcoming participation and wanted to dispel those rumors. This theory is not so farfetched as Jessica Mauboy sang as an interval act in the Second Semi-Final of 2014 before representing her native Australia in 2018.

She told the site:

“My team and I are all like, the moment may just not be there yet,” she tells Shownieuws. “I never say never, but I just don’t feel like now is the time to do it or anything.”

She further noted that she has not been approached by the Netherlands broadcaster, but if she were, she would refuse next year’s iteration.

What if they asked me? Then I would like to sit around the table for this year, but I think I’ll skip it.

Davina gained prominence following her YouTube covers of P!nk before having the chance to open for her during a concert in the The Hague. She performed her new single “Sweet Water” during the interval act called “The Power of Water” alongside Dutch actress Thekla Reuten.

What do #YOU think of Davina’s interval act during the Frist Semi-Final of Eurovision 2021? Would #YOU like to see more of Davina in future contests? Share your thoughts with us on our forum HERE or join the discussion below and on social media!