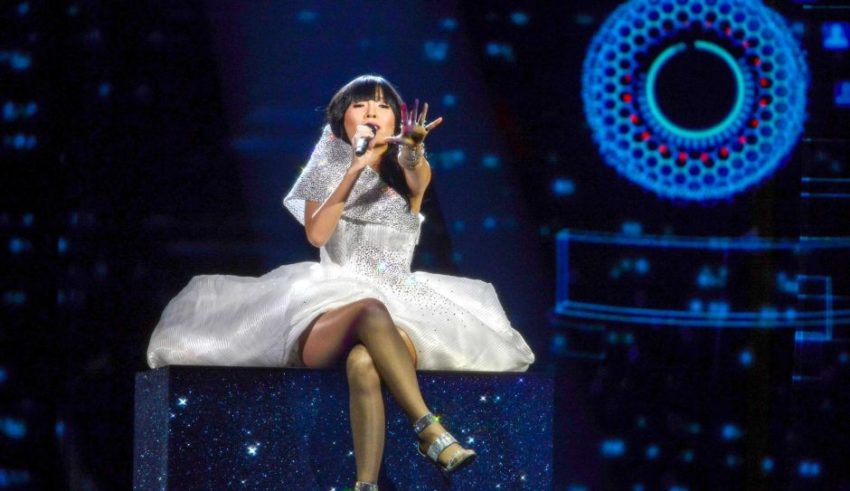 Today we had the delight to be watching the wonderful show that was Australia Decides! After all the acts had performed, It was time for interval acts. They nearly took longer than the real show, but at least we had a major anouncement in it!

Måns Zelmerloew took the first interval act by singing his song “Heroes”. The audience loved it, but then it was revealed that Aussie favourite Dami Im would perform one of her new songs as well to much delight of the fans. After a long break with more interviews and waiting for the results to be finalised we got a duet between both of the aforementioned artists. They performed their newest release “Walk With me“! After the great performance were done the presenters went on for a little interview.

They first asked Måns jokingly whether he already had an Australian passport or not. Then they went over to Dami with the statement that she had an anouncement for everyone. A bit shy and hestitant she answered yes and took the oportunity to tell everyone that she would be working on a song to compete in next year’s show because she misses the whole Eurovision experience!

Dami Im had previously represented Australia in 2016 where she barely missed out on the win to come in seond place. With this news we could see her returning to Eurovision in 2021!

What do #YOUthink about the fact that Dami Im may be returning to Eurovision? Will she do better than her previous attempt and hand Australia their first Eurovision victory? Share your thoughts with us on our forum HERE or join the discussion below and on social media!