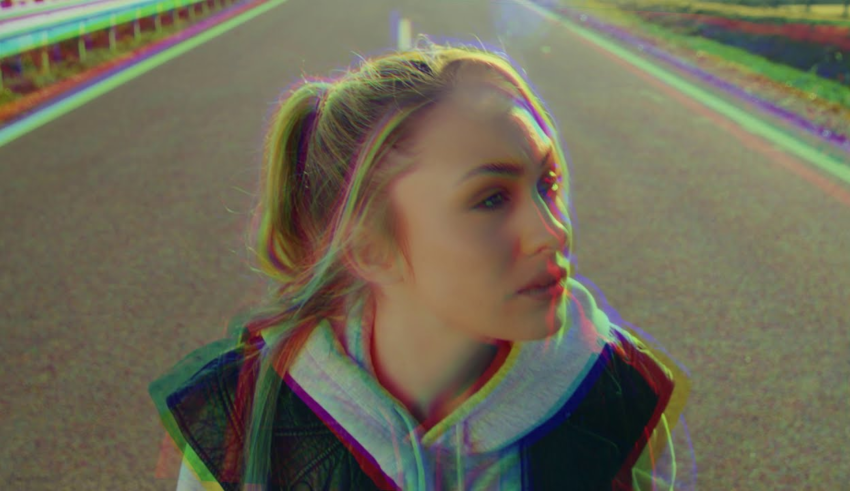 Welcome to another National Finals Saturday. Norway and Sweden had a heat each, but for the real deal you had to be in Croatia tonight. Fourteen hopefuls competed for the golden Rotterdam ticket in HRT’s traditional national selection, Dora 2021.

The Line-up was as follows:

For those familiar with past years, you may recognize Nina Kraljic (2016) and Tony Cetinski (1994) as returning names. Both Eurovision veterans had notable staging (with Nina dressing up like a Wagnerian valkyrie and Tony & Kiki using a chess-inspired staging concept). Other showstoppers included “Tick-tock“, a serve of juvenile uptempo energy, “She’s like a dream“, a J-RPG pop anthem come to life and “Share the love” which might go down as an all-time hot mess. “Colors“, a Symphonix song that has been rejected by Bulgaria once and by Malta twice (you read that right) was performed by Bernarda Brunovic, one of the original composers.

After everyone performed, viewers had ten minutes to vote, whilst being treated to a song medley by Vesna Pisarovic. Pisarovic, the 2002 Croatian representative, once again showed she’s still relevant in her weave-snatching performances.

The Croatian vote was decided by a 50/50 split between a jury vote and a public vote. The jury vote consisted of the 10 major regions of Croatia, each with a different jury, doling out 1-12 points between the 14 entrants. The public vote was served Melfest-style, proportionally to the numerical amount of votes each different song received.

At the end of the jury vote, the competition turned into a two-horse between Albena and Bernarda, with Nina and Mia still being within ‘Winning Range’. Everything would depend on the Croatian audience vote. 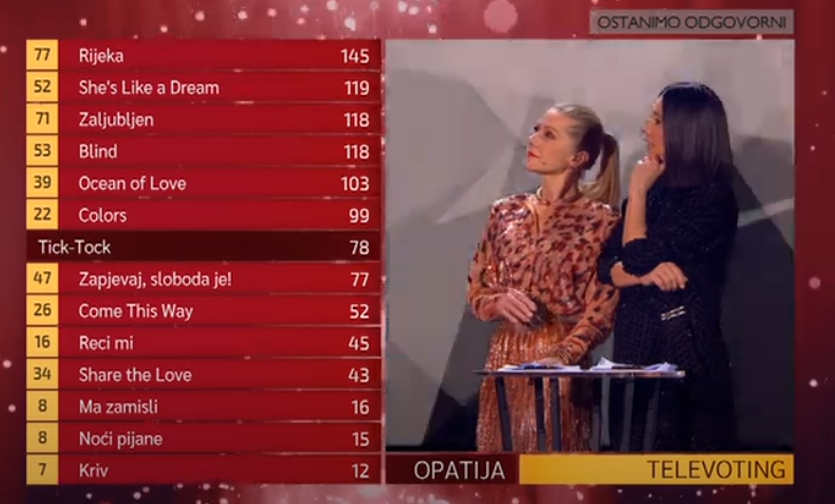 Right at the end, it came to a nail-biting showdown between Nina Kraljic and Albena, when the latter was announced to have scored a massive 122 points in the televote, crushing the opposition and winning.  The former Voice Hrvatska alumnus will represent the Adriatic nation in the 65th Eurovision song contest with the song “Tick Tock”.

What do #YOU think of “Tick Tock”? Was it #YOUR favourite or would #YOU have rather seen someone else? Let us know in the comments or in the Croatia Discussion thread on our forum HERE.