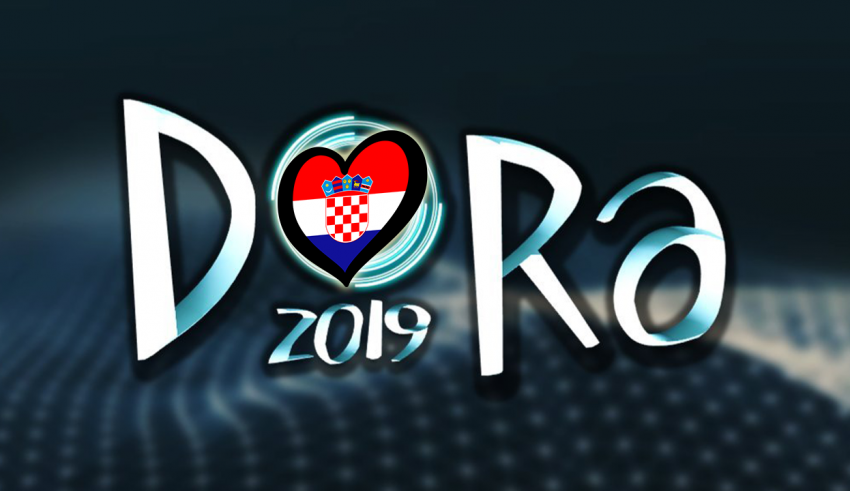 Last time the national final was used was in a X Factor styled way, where competitors would sing their way to the top, and the final would consist of the 2 best singers, singing 3 potential songs. That was back in 2011, when Daria Kinzer was announced as the winner, with the song “Lahor”, which then became the song “Celebrate“. Daria won the national final ahead of Jacques Houdek, who represented Croatia back in 2017. Sadly, Croatia failed to qualify to the final in 2011.

Now back to the present 8 years later, and we find the 16 names that have just been announced to take part in the Croatian national final.

Dora 2019 will be held on the 16th of February, consisting of 16 songs and acts, that will sing it out for the golden ticket to Tel Aviv.

Between the 20th of November 2018 and 10th of January, a total of 166 submissions were received, and in the past week, an internally selected jury listened and picked the following 16 songs, that will compete in the Croatian final.

These are the 16 names and songs (Alphabetical order)

These are the original 16 selected songs to compete, but should something happen, so that one or more of the selected singers won’t be able to compete, then 2 songs have also been selected, as back-up entries.

Once again, the final will take place on the 16th of February and the winner will be selected by 50% Televote and 50% Jury.

Are #YOU looking forward to the return of DORA and do #YOU have high expectations from Croatia?