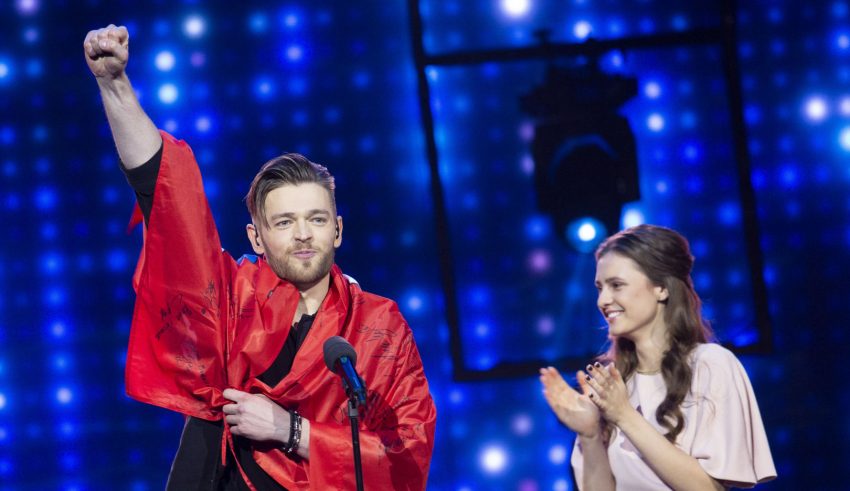 It would appear that Jurij Veklenko’s 11th place finish in Semi-Final 2 has caused LRT and the Lithuanian delegation to consider introducing changes to the Lithuanian national final “Eurovizijos dainų konkurso nacionalinė atranka”.

In an interview with 15min.lt, show producer Gediminas Jaunius admitted that “Now we are focused on a good show. We are happy arguing, sending something to “Eurovision” and then getting out. But the ultimate goal is to be successful in Eurovision.” It would appear that Jaunius believes that changes to the selection process could result in more competitive results for the country in the contest.

While no specific changes were confirmed in the interview, Gediminas did allude to some recommendations he had for the 2020 show. Specifically, he referenced a potential change to LRT’s rules to open up the field to artists outside of Lithuania, much like what ERR did with Eesti Laul this year. They also need to work on making the show studio more technologically advanced, so it matches the caliber of Eurovision and other national finals. Simplicity cannot always lead to success.

Another show reduction was also mentioned, moving from seven shows down to a potential three shows and a final. Other changes he seems interested in discussing is working with LRT to help finance the Eurovision package, making sure rules are applied evenly to all artists, and making the voting more transparent.

Head of Delegation and chief producer of LRT Audrey Giržad confirmed that discussions on changes would occur before the 2020 edition of Eurovizijos regarding the broadcaster’s financial contribution to the winning artist’s preparation for Eurovision, working to upgrade LRT’s software, and potential changes to the Lithuanian citizen requirement for artists. Any changes to the voting system however, will not be considered.

Eurovizijos is known as one of Eurovision’s longer running national selections each year, with the 2019 edition consisting of four heats, two semi finals, and then a grand final.

What do #YOU think? Could these changes lead to Lithuania’s success in 2020? Share your thoughts with us on our forum or join the discussion below and on social media!